Articles about Adler
by Ashley 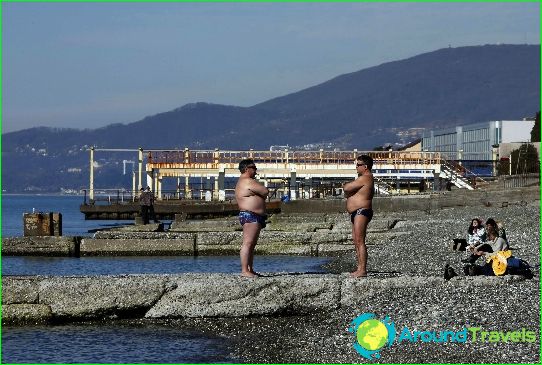 The southernmost point of the resort agglomeration called Greater Sochi, Adler has been a popular summer vacation spot for Russian travelers for many decades. The All-Union, and then the All-Russian health resort, Adler is loved by several generations of those who cannot imagine an ideal vacation without the noise of the Black Sea wave approaching the shore, parachutes soaring into the sky with brave daredevils and evening gatherings with friends in a cafe on the embankment. Summer tours to Adler are sold out like hot pasties on the beaches in the afternoon, and everyone who is lucky enough to come to these blessed places again and again brings their colleagues and friends shells with the inscription "Greetings from Adler".

Adler was founded in 1837 as a military facility as part of the Caucasian defense line and was called the strengthening of the Holy Spirit. The Abkhazian settlement that existed in the neighborhood and the area around was called the Turkish word Artlar, from which, according to historians, the name of the city came from. It was included in Greater Sochi in 1961, and since then tours to Adler and rest in Sochi have become identical concepts..
Geographically, Adler is located in the humid subtropical zone. Its weather is significantly influenced by the proximity of the sea and mountains, which protect the coast from cold winds in winter. In summer, it is hot and humid here, thermometers often show +30, and the swimming season lasts from May to October. In winter, participants of tours to Adler have the opportunity to visit the ski resorts of Sochi and try their hand at real Olympic tracks, built for the 2014 Winter Games held here..