Beijing in 2 days: where to go in Beijing

Articles about Beijing
by Alexis 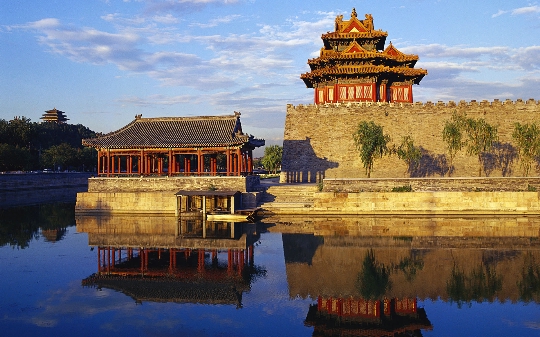 Once in the capital of China, most independent travelers are somewhat lost: hieroglyphs, unusual speech and specific smells are dizzy, and pre-planned excursion routes are lost in the abundance of colorful signs and thousands of cyclists. In fact, it turns out that Beijing in 2 days is quite possible to see, if you do not spray on trifles and focus on the main city attractions.

To the Temple of Heaven

The people themselves consider the Temple of Heaven, erected to the southeast of the Emperor's Palace at the beginning of the 15th century, to be the symbol of the Chinese capital. The UNESCO organization included this religious building in the World Heritage List, and the temple itself annually becomes a place of pilgrimage for millions of Chinese and guests of the country..
The Temple of Heaven has served as a place of prayer for five hundred years. The emperor here asked for the patronage of the heavenly forces on the day of the winter solstice, not forgetting to bring generous gifts to the temple.

It is best to continue your tour of the Chinese capital towards the Forbidden City. This is the name of the palace complex that served as the residence of the imperial dynasty. It is the largest in the world, and its area exceeds 700 thousand square meters. m. For centuries, only members of the imperial family and people especially close to them could enter the Forbidden City, and therefore for the rest of the inhabitants of the country it was forbidden.
The palace was built in the first third of the 15th century. It has almost 900 rooms, and the Forbidden City was built by more than a million builders. The square in front of the masterpiece of Chinese architecture, also marked by UNESCO in the lists of world cultural values, is the largest in the world. It is called Tiananmen and the path from it to the palace lies through the Gate of Heavenly Peace.

Record holder in all respects

This is another architectural site that is worth visiting when you are in Beijing for two days. This is the summer residence of the Chinese emperors on the outskirts of the city, which is a park and three thousand different buildings: