Phang Kha Beach is more like a huge pit or firefighting pond, only with a tropical background. Phang Ka is next to the beach Tong Krut and Tong Tanot, in the southwestern part of Koh Samui. The beach stretches for 600 meters from south to east and is hidden in the interior of the island between Cape Hin Khom (Laem Hin Khom) and the most inaccessible part of the beach Taling Ngam.

If you look at Pang Ka from above, you can see that it is almost square in shape, with an artificial channel for boats and boats in the southern part. Like most of the southern beaches of the island, Phang Ka is very shallow, uncrowded and unkempt. The sand on Pang Ka beach is of two consistencies:

Cleanliness on the beach is not maintained anywhere, except for the area adjacent directly to one of the three hotels, separated by large vacant lots. The beach is in a wild state, polluted by people and waves, and is cleaned only by the sea. A large number of ships, fishing tackle and auxiliary equipment also do not add romanticism to the beach..

There are enough vacationers and sunbathers on the beach itself, but Pang Ka cannot be called crowded and noisy. Three kilometers to the south, the so-called «Coral islands», a group of small islets popular with tourists, snorkelers and wild beach lovers. These are the islands of Taen (Koh Taen), Mat Sum (Koh Mat Sum), Wang Nai (Koh Wang Nai), Rab (Koh Rhab) and several unnamed land areas..

The shallow waters at Pang Ka are 700 meters long. When the sea creeps to the horizon, a huge area of ​​sandy bottom remains dry, which can rival the size of the shallow waters of Nahai Beach opposite the Aqua Zoo. Entering the water at Phang Ka can be called the longest on Koh Samui.

In order to get into the water at least more than a meter deep, you have to walk along the former seabed, under the scorching sun to the border with shallow water. It’s still a pleasure. Moreover, in special shoes. The sea on Pang Ka is incorrigible, neither in good weather, nor in bad.

There is no point in resting with children here either, you get tired of running to the water. Due to the catastrophic flatness of the bottom, there are never waves on Pang Ka.

It's nice that the three resorts that stand on the beach have not forgotten about attracting clients. On Phang Ka there are sun loungers, umbrellas, and even pear chairs, which can be used by agreement with the staff. For a wild getaway with a personal beach mat, there are plenty of sources of natural shade. But - far from the water. On Phang Ka, in general, everything is very far from the water, before the tide begins.. 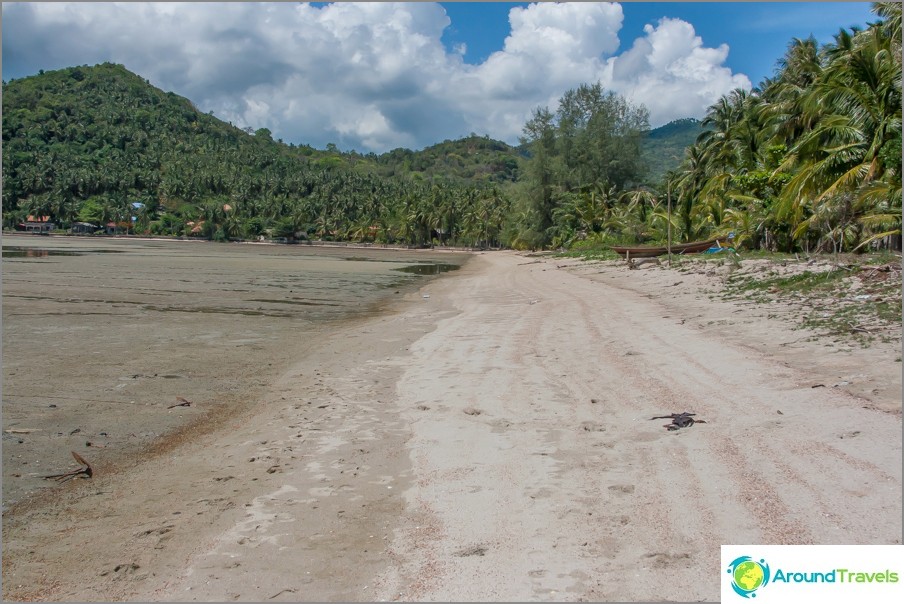 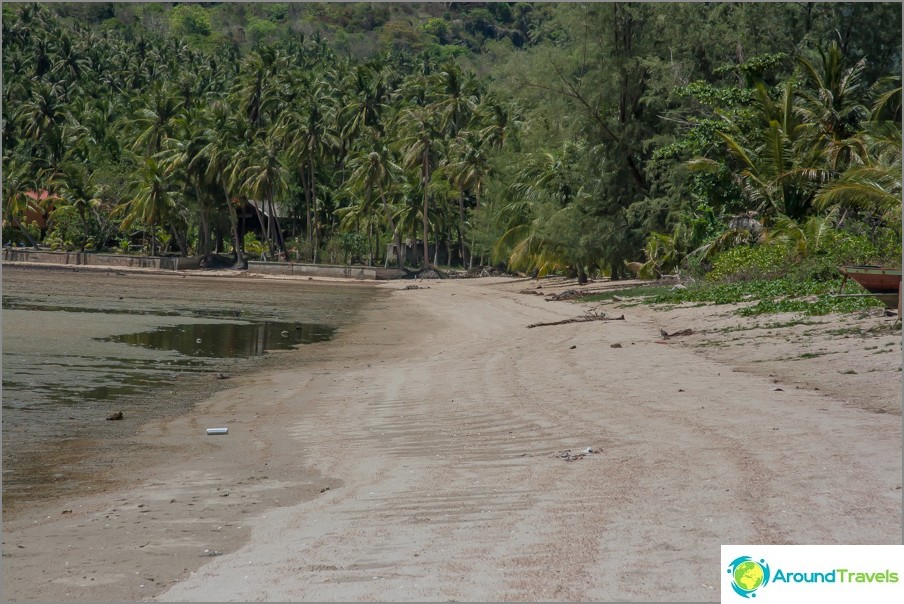 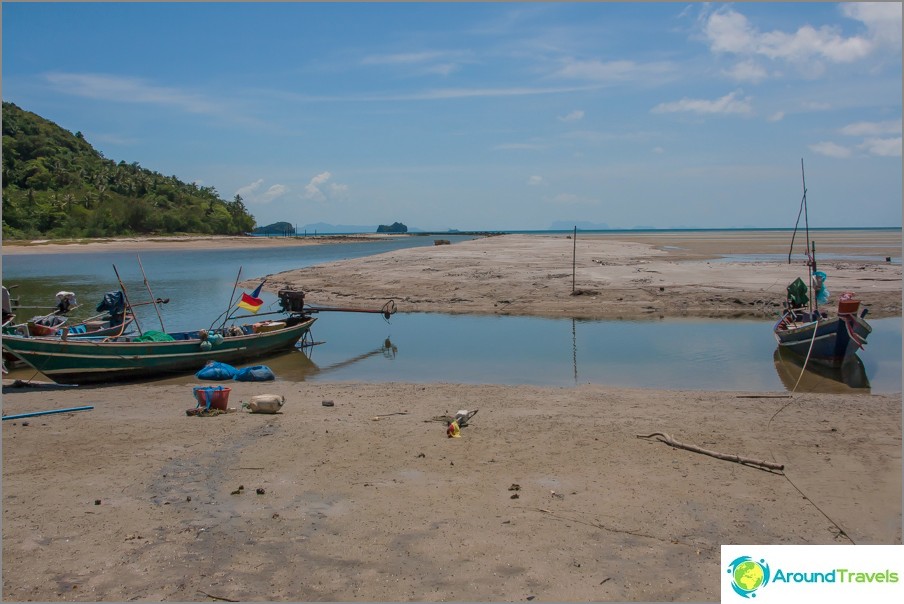 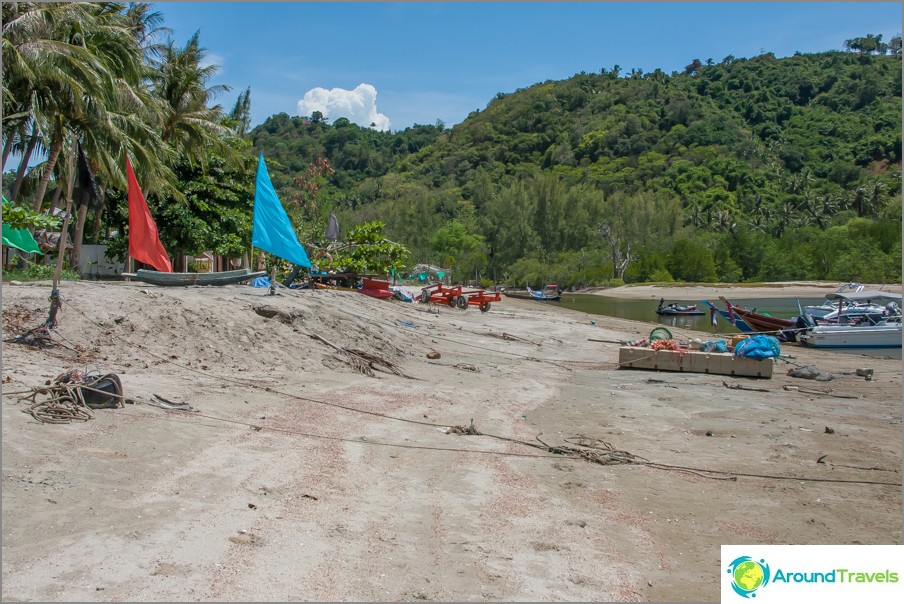 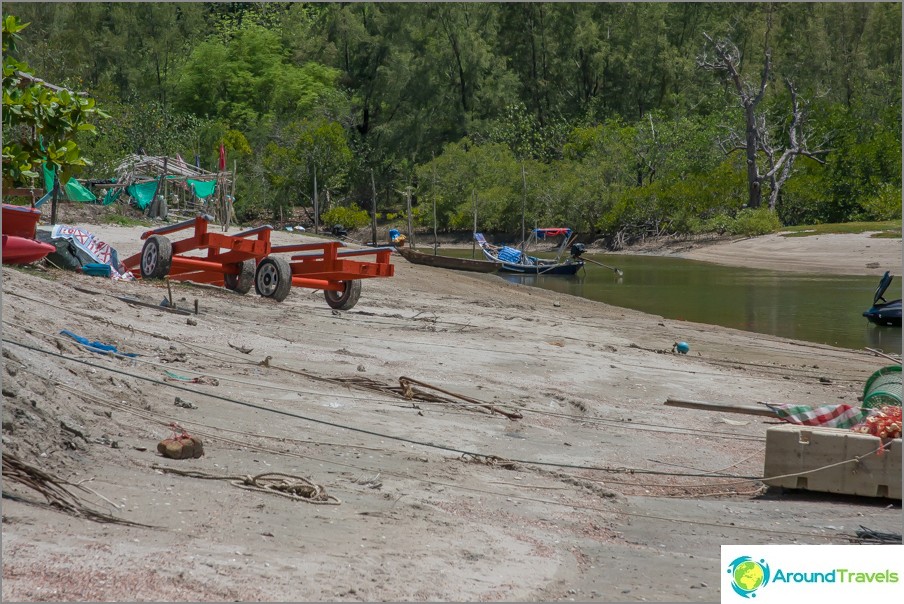 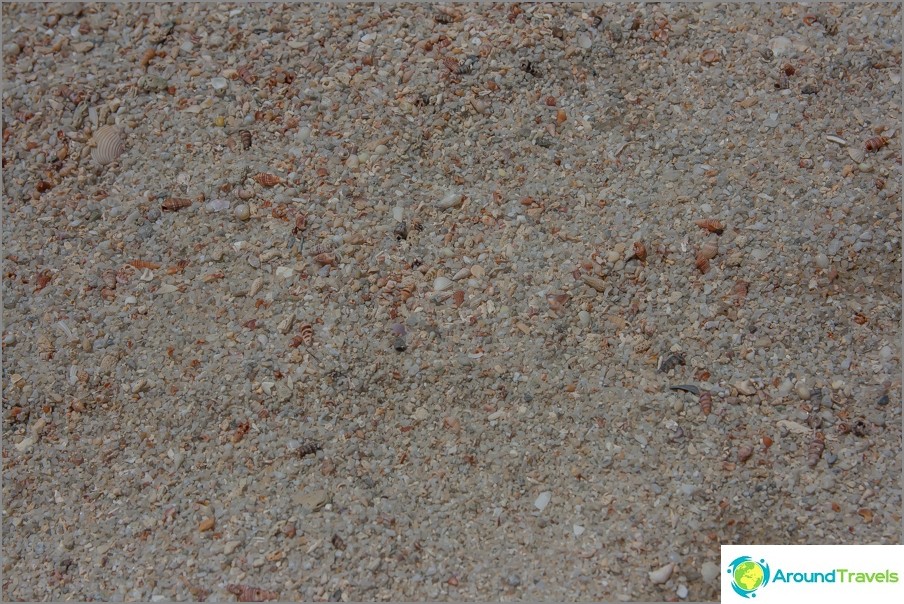 Phang Ka beach is not located in the most popular place on the island, but the proximity to a large hotel that does not have its own beach has worked positively on its entertainment infrastructure. On the beach, all types of sea transport are provided for rent, from kayaks to boats and catamarans.

Jet skis, longtails, tours to the neighboring Coral Islands and sea trips, diving and snorkeling - everything is offered here. The Anandamaya yoga center is located on the shore, there is a large parking lot for vehicles, and an entrance is equipped for launching boats. Big shops on Phang Ka are not fun, mini markets are exactly the same..

There are several taishops with beer, chips and snacks, but the main grocery purchases are made by local longsters in the closest to Tesco Lotus beach, on Lamai.. 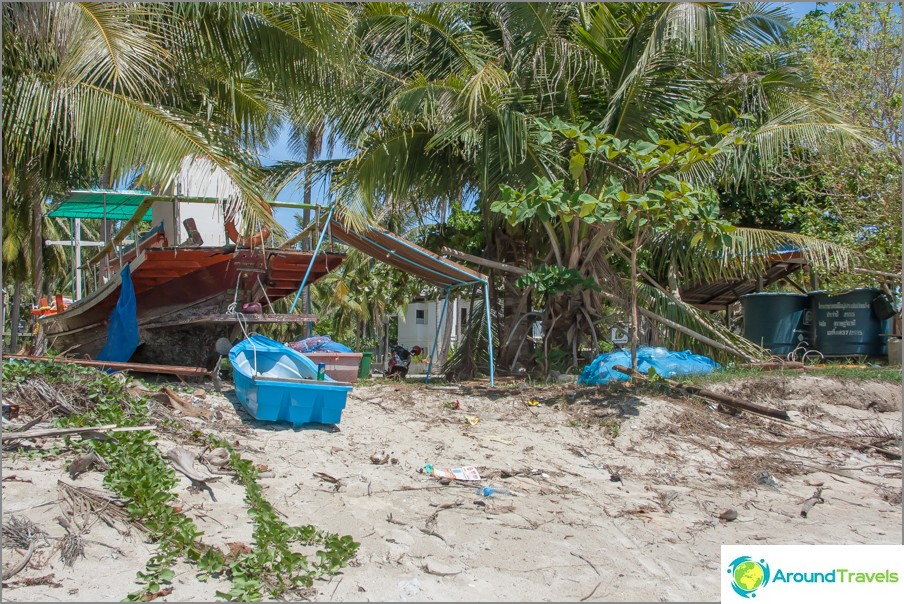 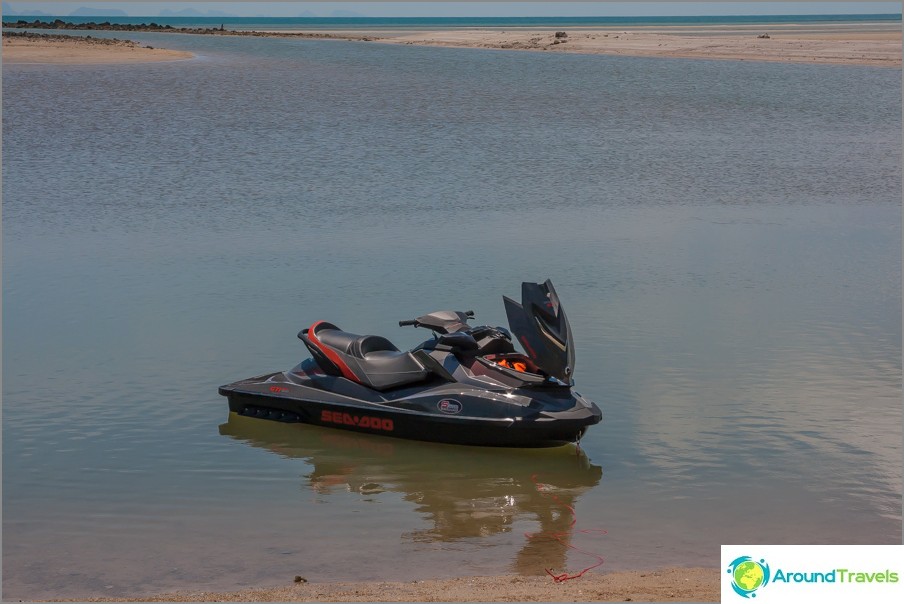 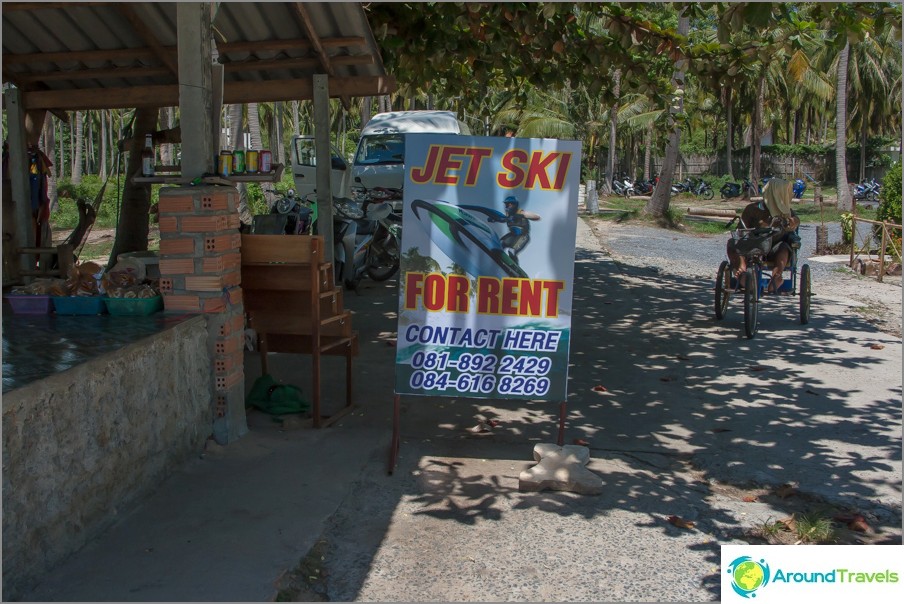 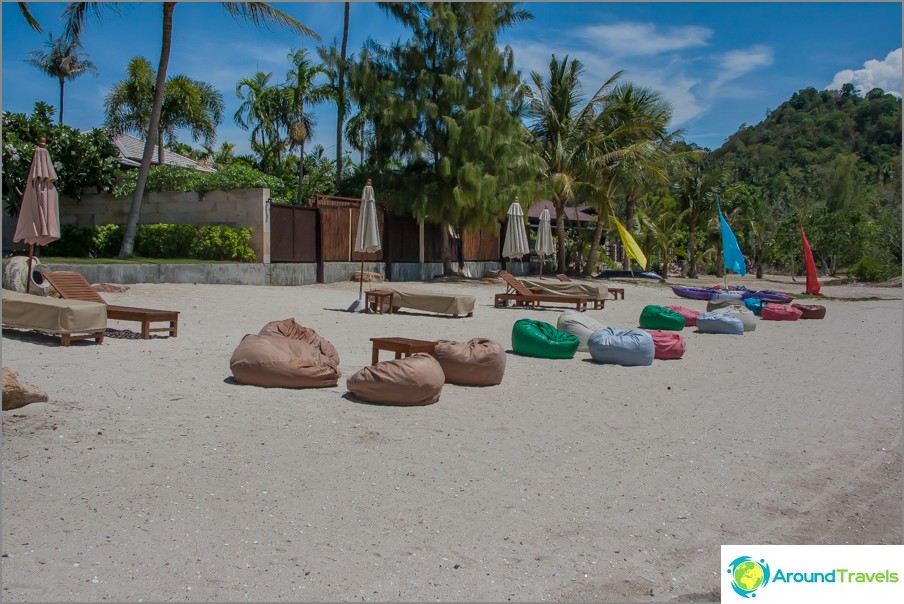 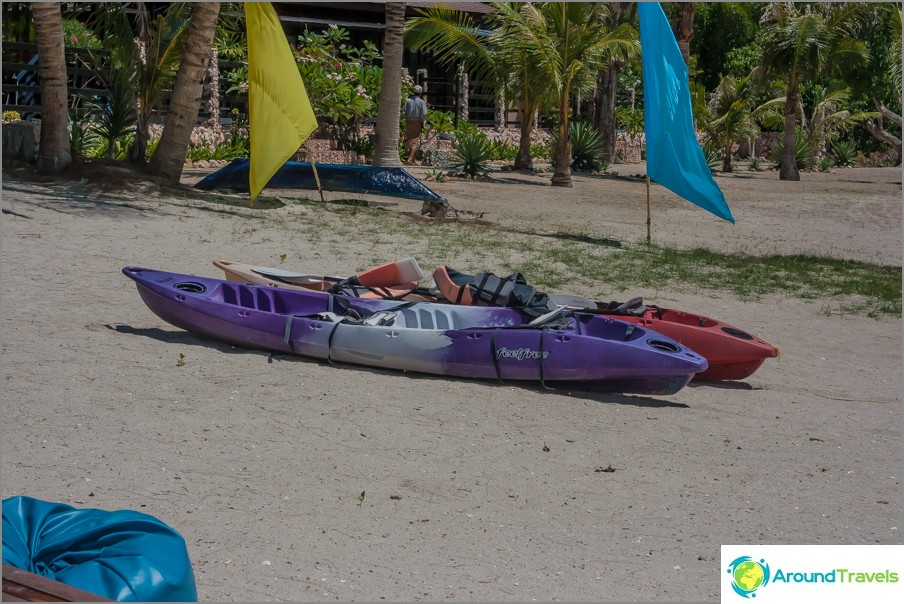 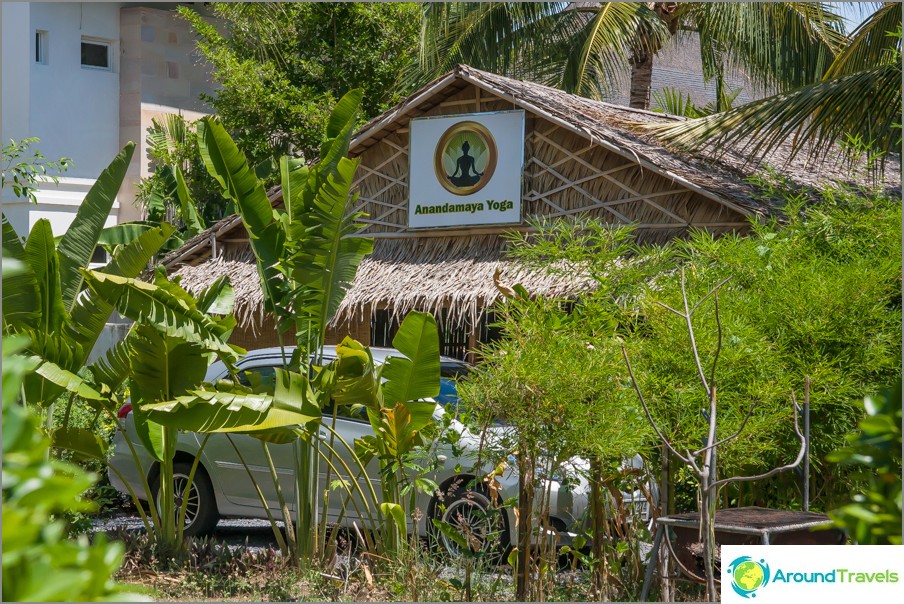 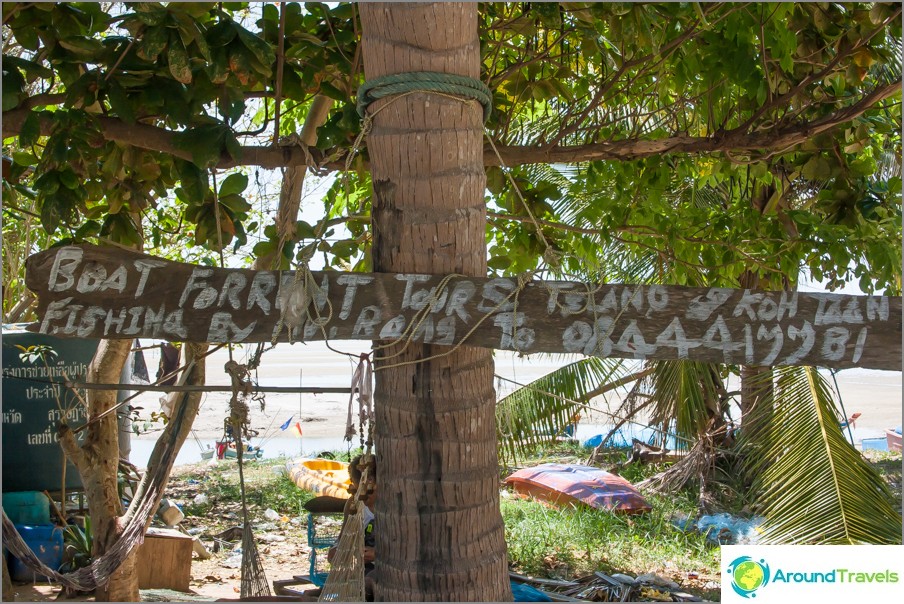 There are no stand-alone restaurants on the shore, but there are hotel restaurants. Not far from Phang Ka there are sights worth seeing:

On the cliffs of Hin Khom Cape, in the south of Phang Ka Beach, is the huge and expensive Conrad Hotel. Despite its price category, Konrad does not have his own beach. There are only three hotels directly on Phang Ka beach, and several resorts and houses that offer accommodation for rent are scattered between the beach and the road 4170.

The northern edge of the beach rests on a mountain, on which there is nothing but bald spots in the jungle - blanks for the construction of future housing. If you want to book a hotel here in advance or look for accommodation on other beaches, I have selection of hotels on Koh Samui with a good rating and reviews. 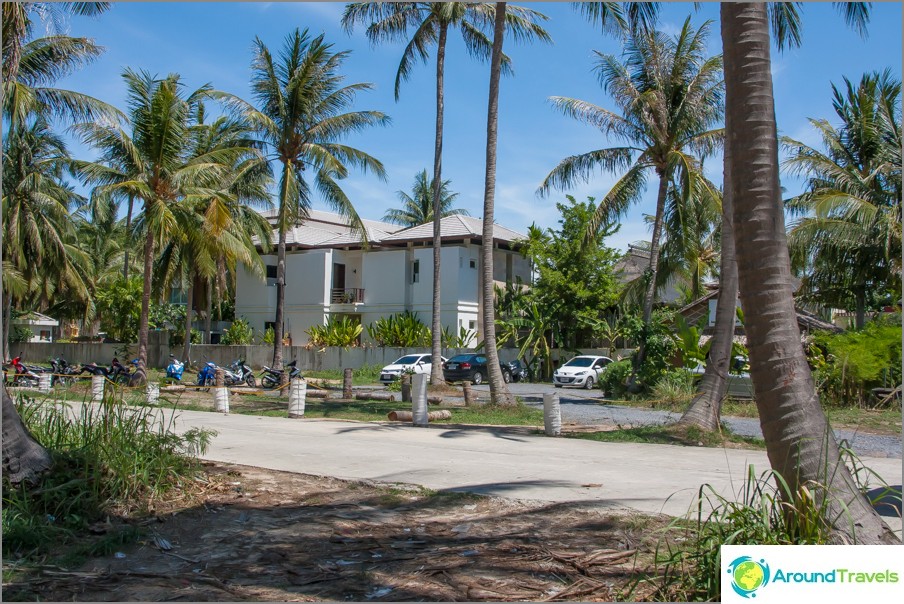 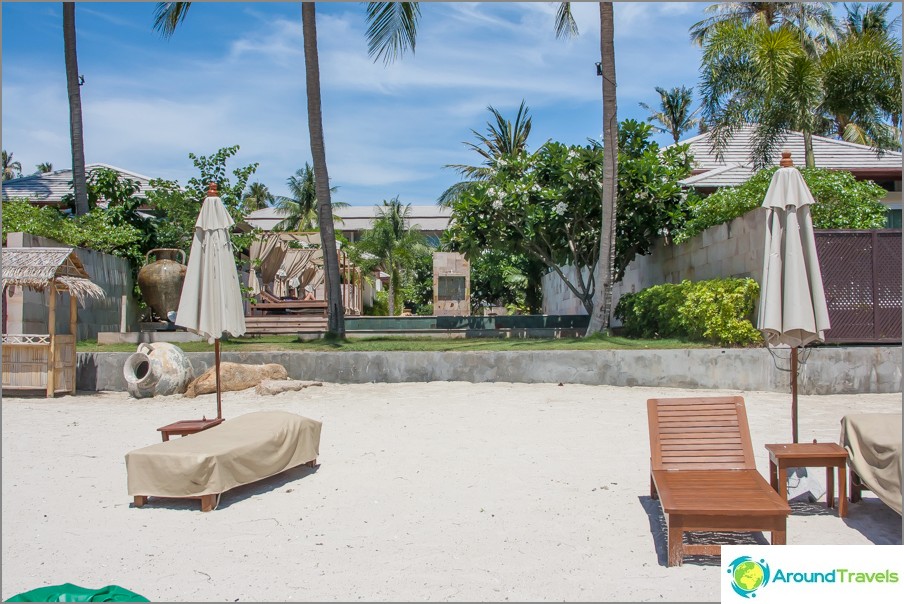 To get to the beach, there is no need to go through private areas, there is enough space for free access to the water. Take the Ring Road until either of the two exits to road 4170.

When you get to the big intersection where 4170 goes 90 ° and you see a beautiful Buddhist gate with a sign to the Wat Kirimat temple - go to the gate. Follow the signs for Elements Boutique and the road ends in a wheelchair user who sells sea tours and soda. 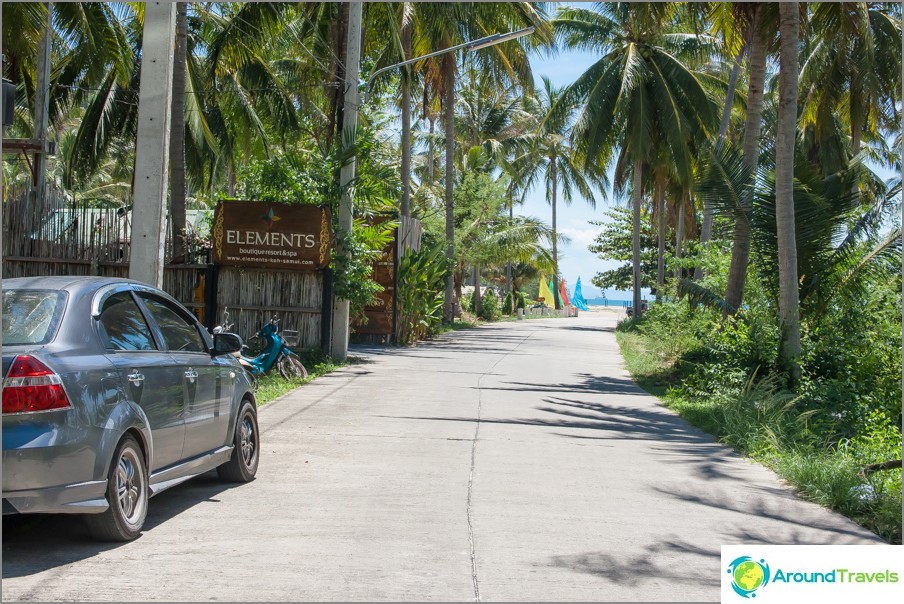 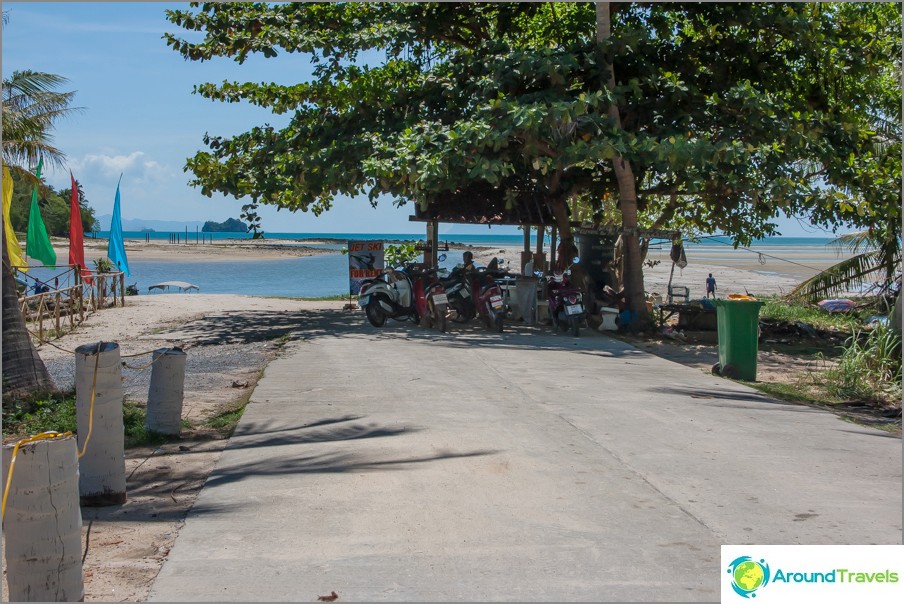