A three-in-one park (as is often the case in Thailand) - and a beautiful landscaped garden with huge bizarre stones, plus a fairly large zoo with different animals to feed, plus a large crocodile farm with regular shows, a crocodile skin souvenir shop and a cafe with crocodile steaks (alas, yes, such is the consumer attitude towards animals).

This entire zoo and park complex is private, owned by one local businessman. For 20 years he was fond of collecting bonsai trees and collecting rare and bizarre stones of exotic shapes and textures. The construction of the park began in 1992. Now you can see both stones and bonsai, beautifully decorated with flower beds, neatly paved paths, ponds and fountains.

There are benches made of stone, stone trees, huge pieces of natural rock, with stalactites and beautifully cut. Such sculptures are obtained from stones, so different and strange shapes that you can have fun playing in associations: one piece of stone looks like a duck, another looks like a horse, and the third looks like an elephant. To whom what will fantasy tell.

The territory of the park is quite impressive, there are many flowers, lawns, there is even a small artificial waterfall with pink lotuses. All this resembles a Japanese garden. Especially bonsai and unusual trees. This part of the park I liked the most. I remember being like garden in hong kong, also impressed. Apparently I have a weakness for stones and an organized park area. 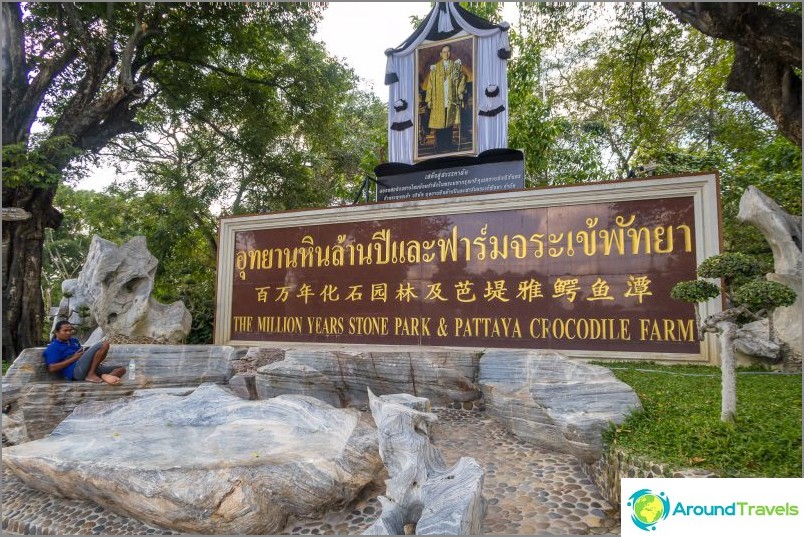 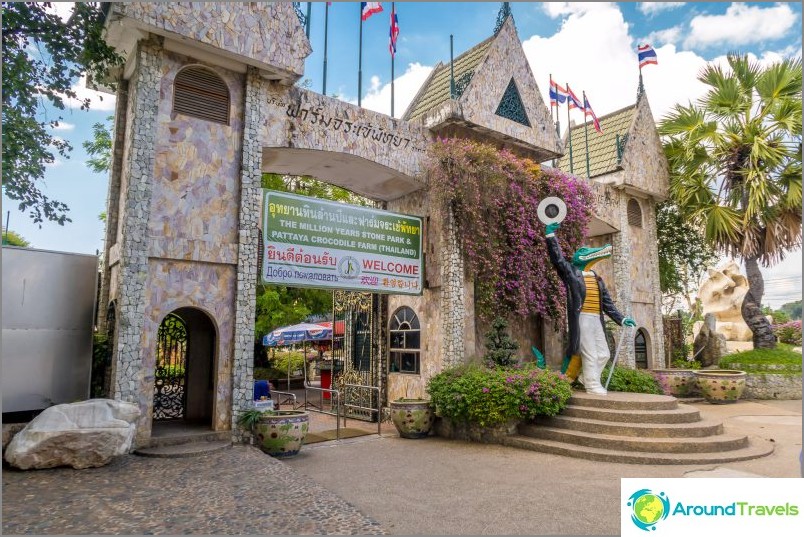 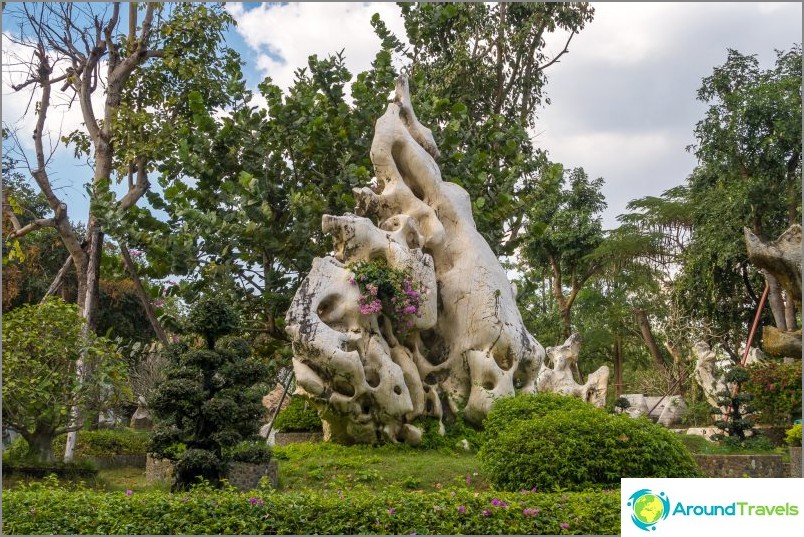 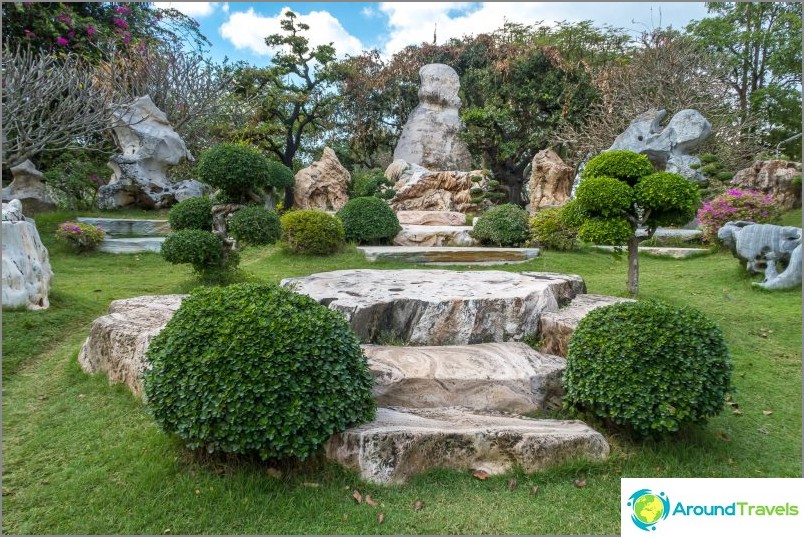 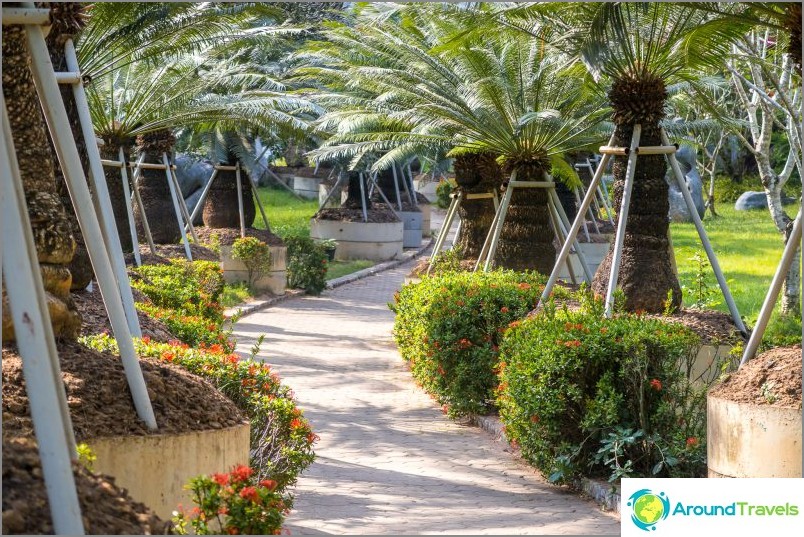 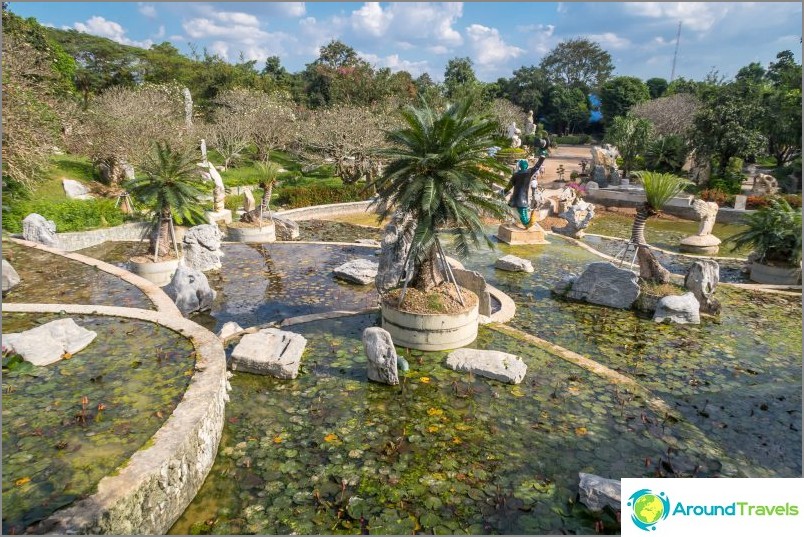 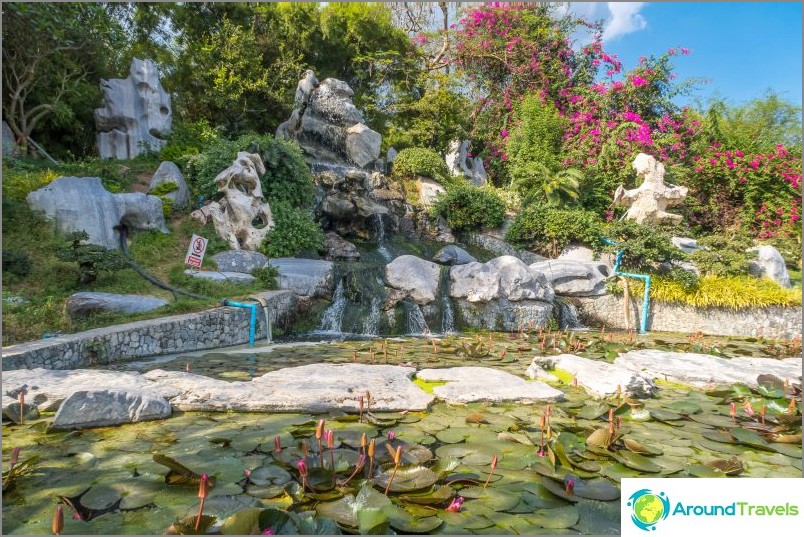 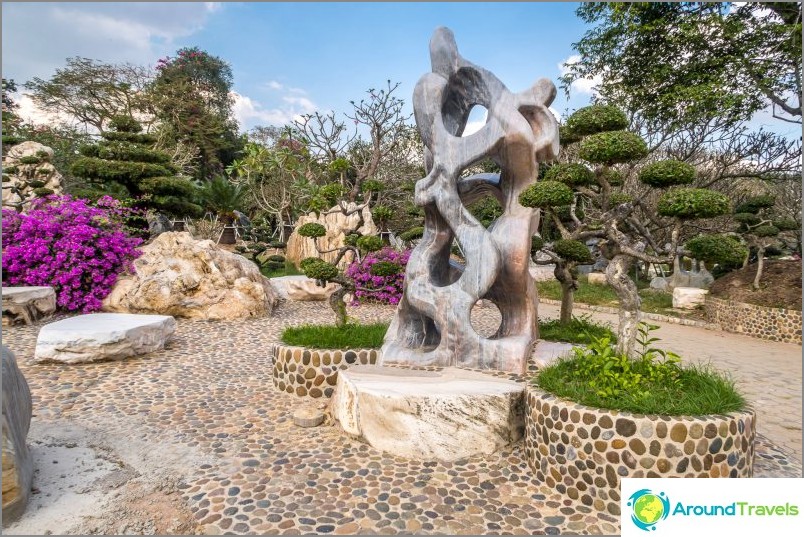 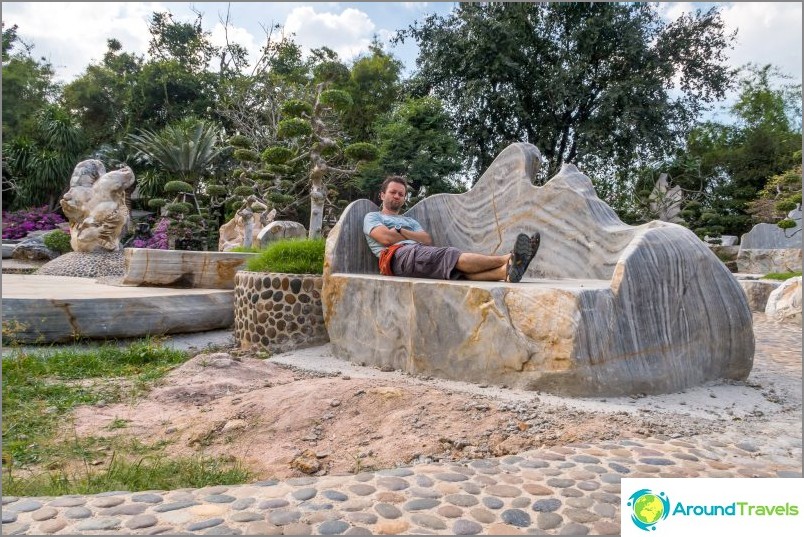 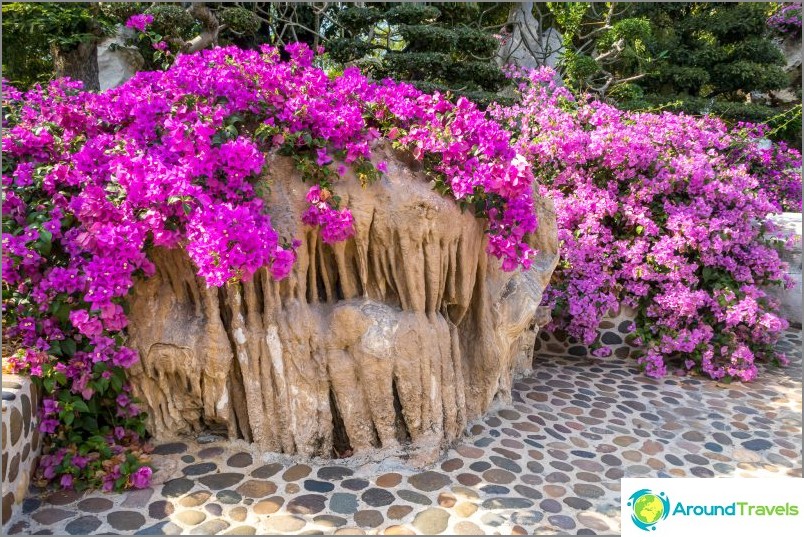 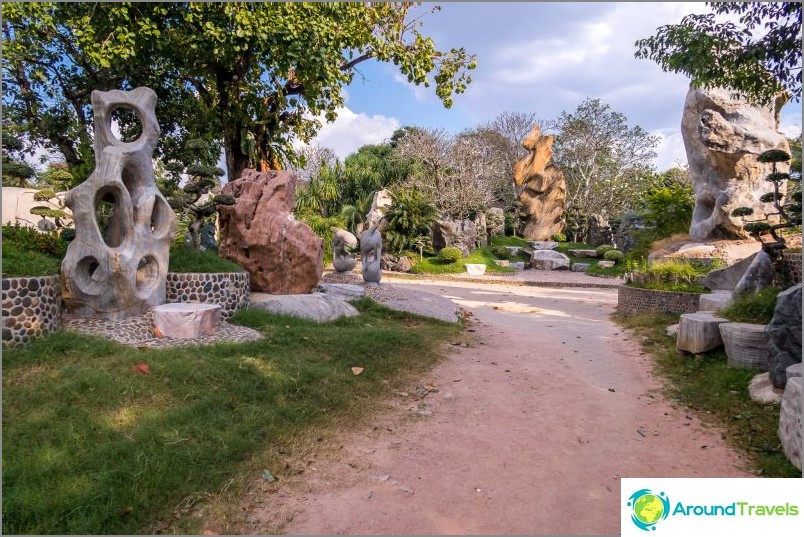 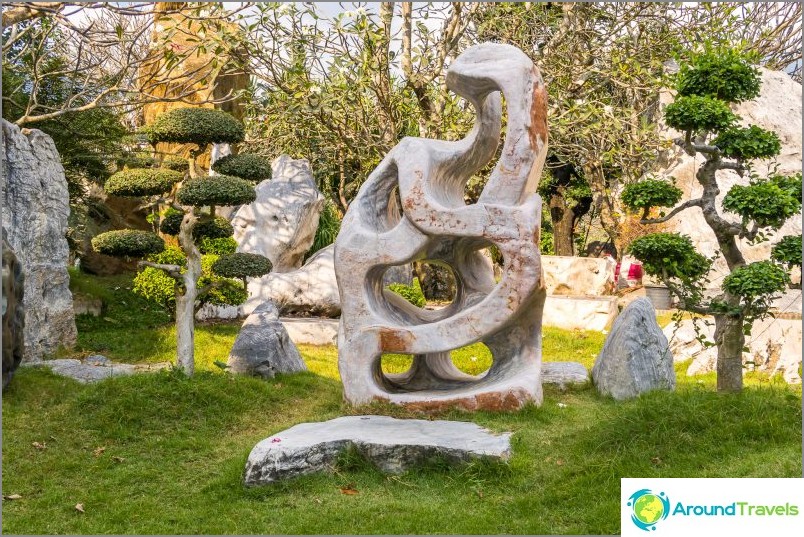 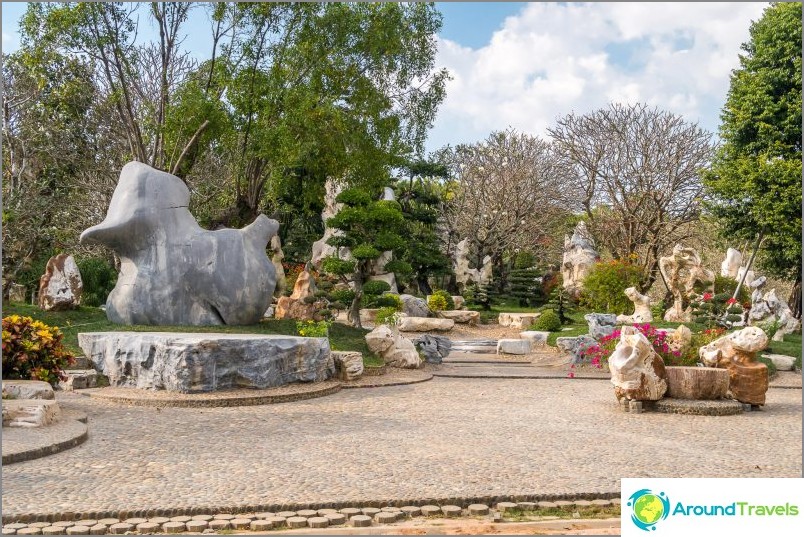 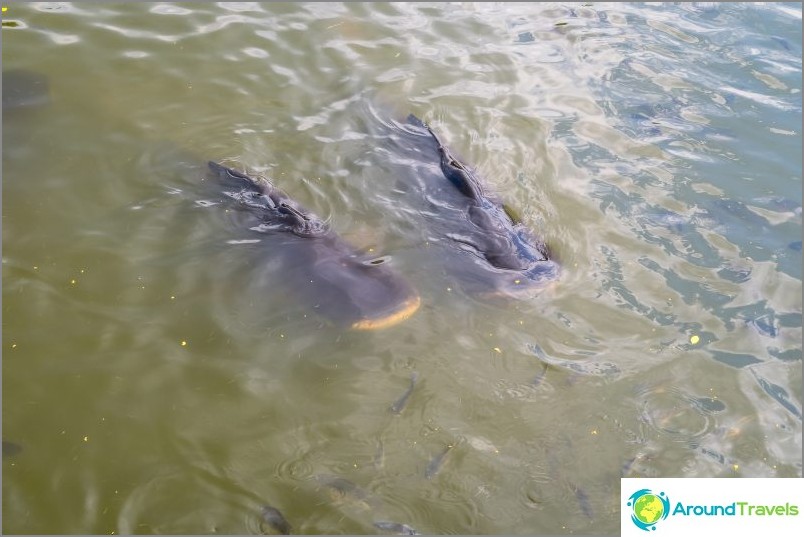 Catfish in the pond 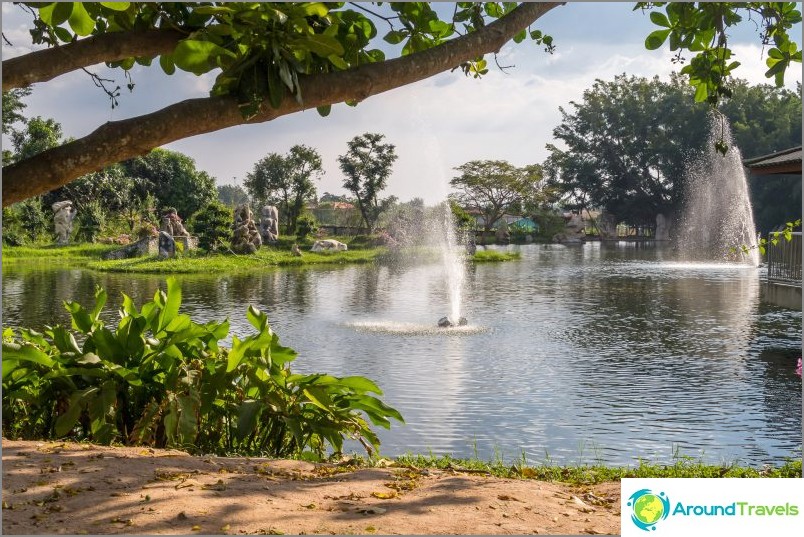 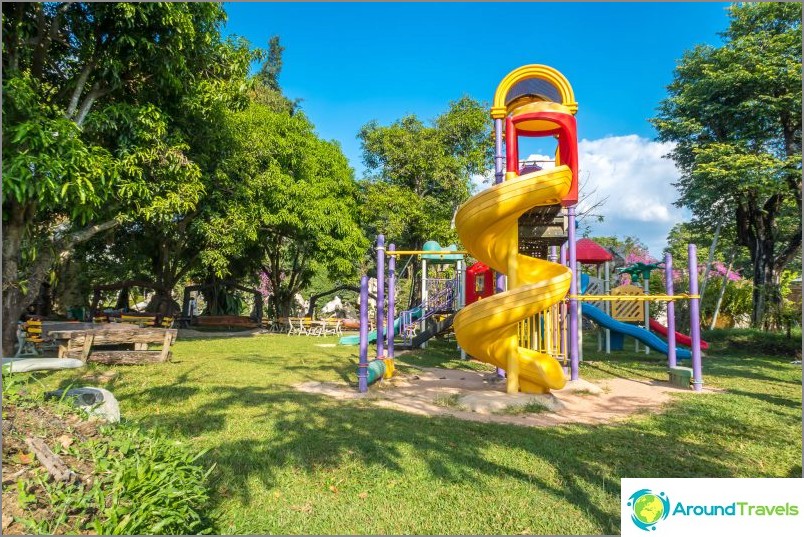 Playground in the park

In addition to the park with stones, you can look into the zoo. There are birds in cages, different, from small to huge - peacocks, ostriches. There are ponies, horses and zebras, giraffes in open pens. Lions and tigers in aviaries.

Also on the territory you can see huge catfish and carp in a pond with a fountain, and even feed them. They also ride on elephants around the territory and you can feed them by buying a basket of food. 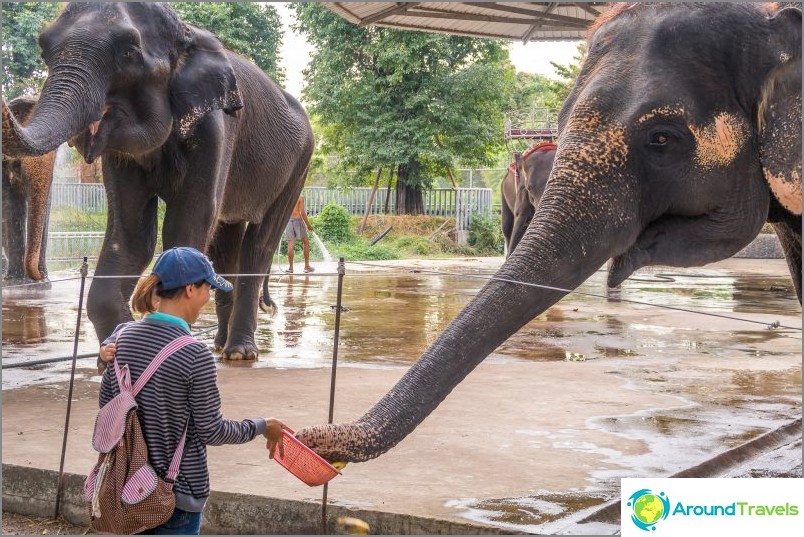 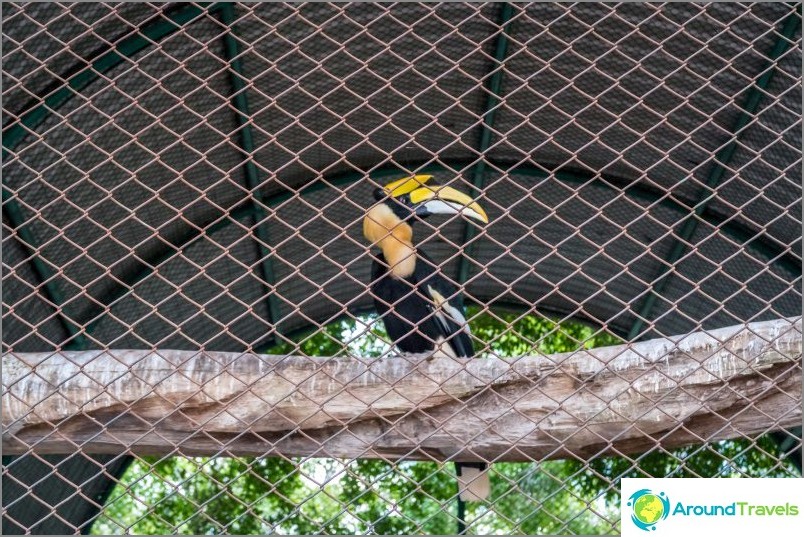 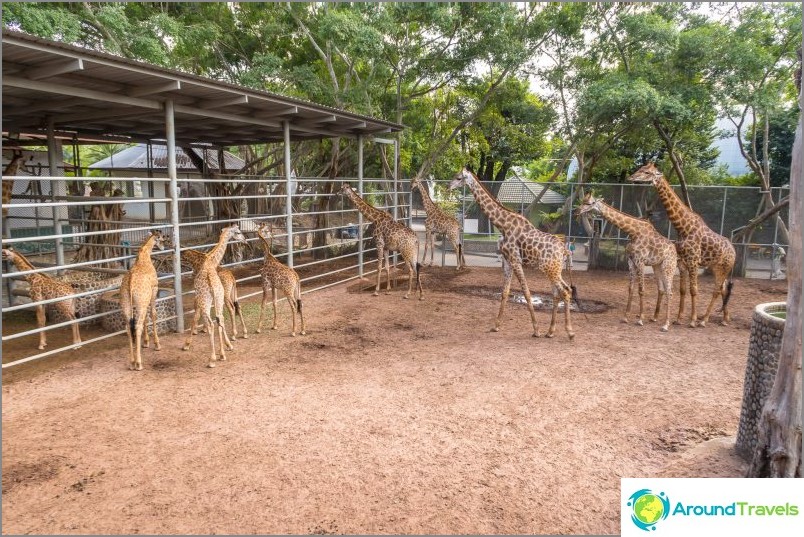 A separate story is crocodiles. There are thousands of them on the farm. It is said to be the largest crocodile farm in the area. True, in appearance they seemed to me somehow sluggish and half-dead. They lie as if already everything. But maybe that's the way it should be?

The crocodile show features Star Wars music. The trainer drags them by the tail, picks them up, puts his hand and head into his mouth. Everything is standard here, the show is typical, if you have seen it once, then you will not learn anything new here. 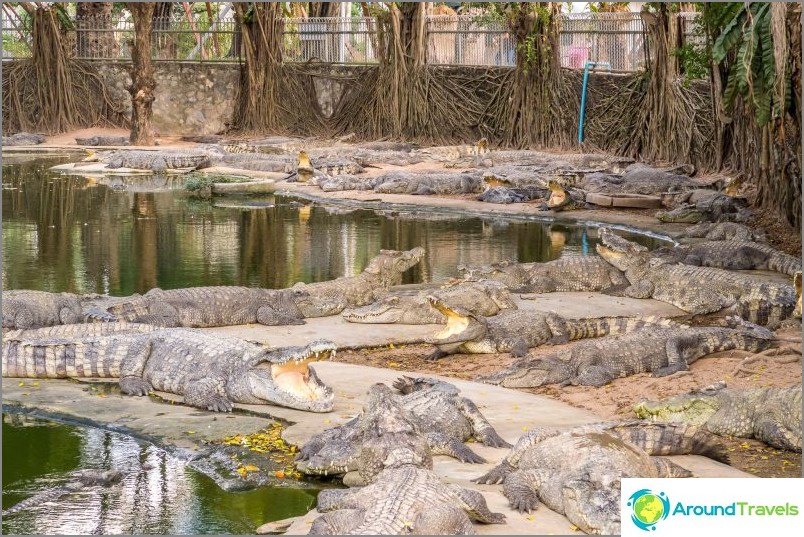 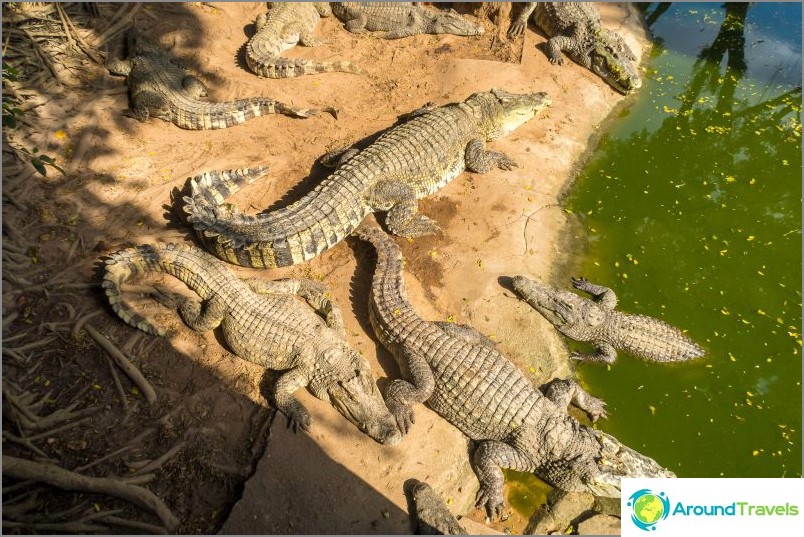 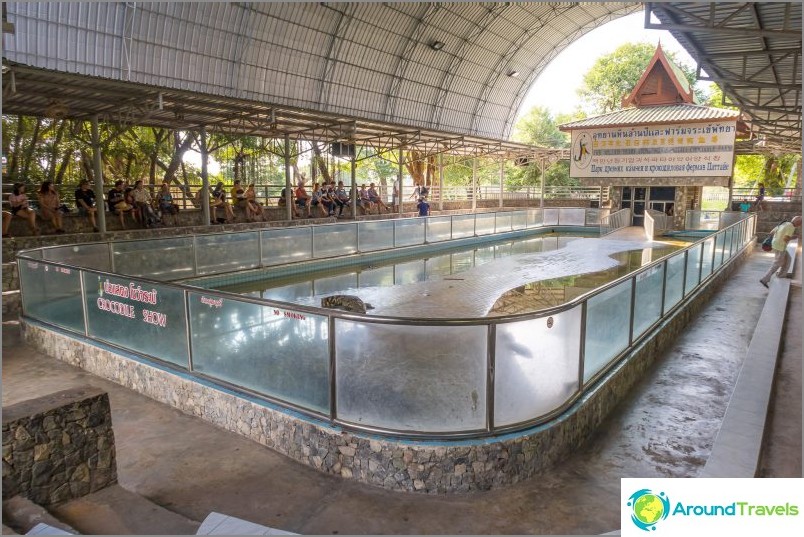 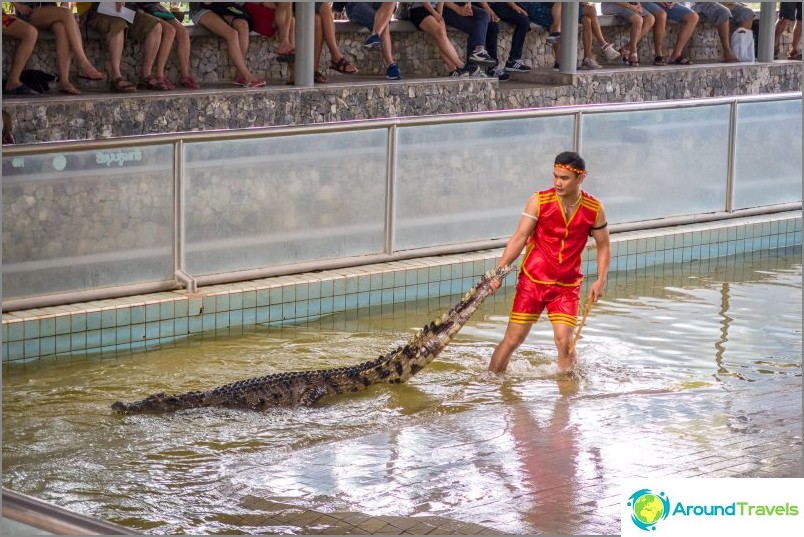 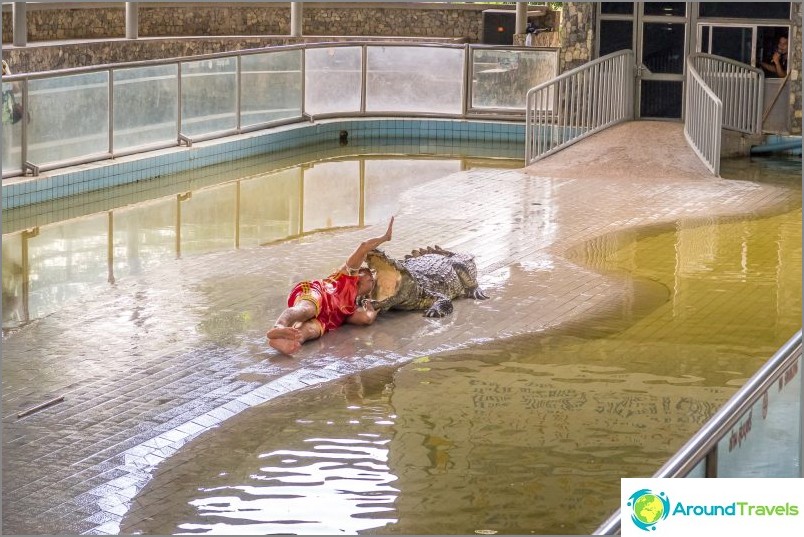 There are many Russians and group excursions in the park. On the territory there is a toilet, benches, a playground, shops and cafes where you can order crocodile steak.

I don’t know if it’s worth going here, so to speak, it’s clearly not a must see. I personally don’t really like crocodiles, in theory it will be more interesting for children, especially feeding. But the stones are cool and in general the park of million-year stones is beautiful and very well-groomed. First of all, I visited this attraction because of the garden..

You can come to the park with a guided tour from travel agencies, it will cost about 500-600 baht. Sometimes this park is included in a sightseeing tour of Pattaya. Considering the cost of a ticket without an excursion and the cost of a taxi (if you are not a rented bike / car), then the excursion is fully justified.

You can feed animals in the zoo, giraffes and elephants - bananas for 50 baht, catfish in the pond - fish food or crocodile - chicken for 100 baht. The chicken carcass is hung on a rope with a stick, like a fishing rod. A photo with a tiger costs 200 baht on your camera. 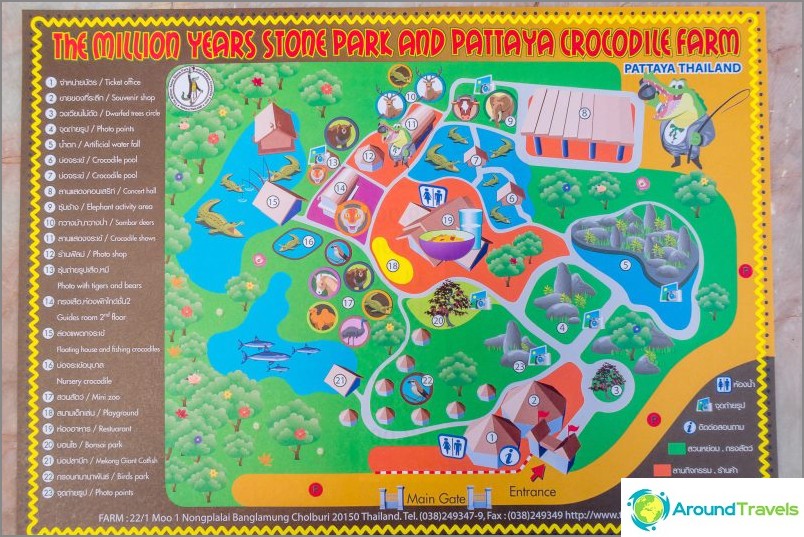 The park is located 15-20 minutes from the center of Pattaya, not very far. But public transport does not go there, so you can get there either by rented transport, or by taxi, or with a guided tour. 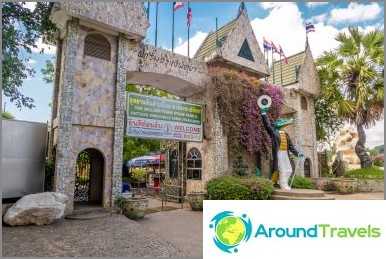 The Million-Year Stone Park and Crocodile Farm is a Japanese bonsai garden located among bizarre ancient stones. A part of the territory is occupied by a crocodile farm. Crocodile show, feeding, gift shop and cafe. Learn more about the park and farm.