If you constantly travel to Europe by car or travel for a long time, then sometimes you can save money without buying a green card in Russia for the entire period. Instead, you can buy a green card in Russia for 15 days and border insurance for several months or even a year. True, you have to get confused. Well, this option is not always cheaper..

Difference between green card and border

You can buy only in the country where the car is registered, that is, in our case, it is Russia. Buying insurance in other countries for a Russian car is illegal. It will also not work to buy a Green Card from European insurers on the territory of Russia - their activities are prohibited on the territory of the Russian Federation.

In great detail about why you need a green card and where it is better to buy it, in my post. By the way, you can buy it online, albeit with delivery, since you need the original.

Buy a green card in Russia>

Territory of insurance of the Russian green card

Sold after the border of the country you entered. Such insurance is bought in Poland, Lithuania, Latvia, Finland, that is, in those countries that most often come from Russia.. 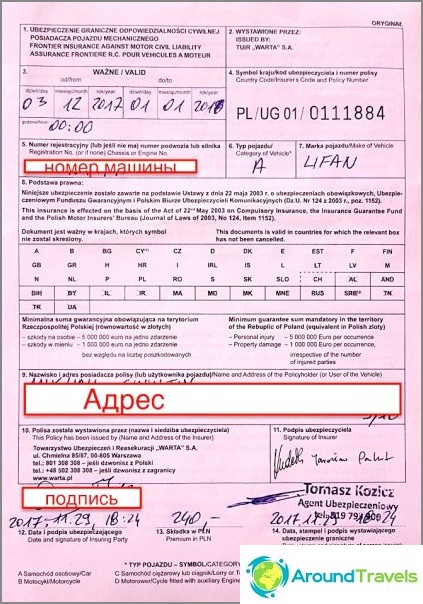 This is what border insurance looks like in Poland 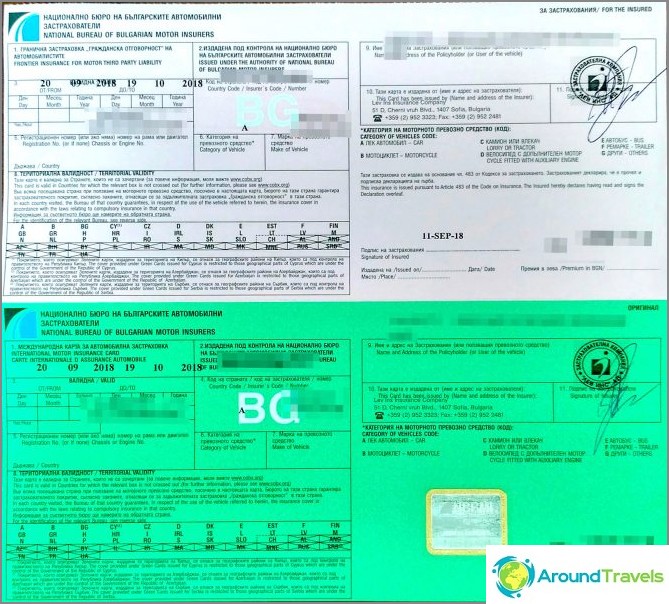 In terms of cost, border insurance can sometimes be cheaper compared to the Russian green card, but not always. In particular, Lithuanians and Poles (ubezpieczenie graniczne) sell inexpensive ones. But such insurance must be bought directly in Lithuania or Poland, which is inconvenient if you are not going there initially. Both of these insurances can be bought near the border, on the Lithuanian or Polish side, respectively..

I didn't buy it myself, because I make a Green Card for the whole trip so as not to soar my brain. But here's what I collected from fresh reviews.

The cheapest insurance, as far as I understand, is done in Poland. But it only makes sense for short periods. Because for a year it will be released (110 * 12 = 1320 zlotys) about 23 thousand rubles. While the Russian Green Card costs the same for a year, it only includes many more countries, including Belarus. There is no savings.

I would be glad if you write the prices from the experience of your trips. Interested in any country.

How to save money by buying border insurance

In which countries does

If you decide to save a little, then you will need to clearly understand what kind of insurance and where you will buy. And also which countries are included in it. For example, if you are traveling from Russia to Serbia, if you buy cross-border insurance in Poland, in Serbia you will have to buy expensive local insurance. And it would be more profitable to initially buy a Russian green card.

The list is the same for local Bulgarian insurance. The whole European Union is included, except for the countries mentioned above. And Iceland is not included too.

From Russia to Europe

Below is a certain algorithm, which was developed on the forums, how best to do.

Order a green card at home>

Back from Europe to Russia

P.S. If you have something to add, be sure to write.