After visiting last month near the waterfall Huay kaew waterfall, which is located on the outskirts of Chiang Mai, we decided that we will definitely return to Doi Suthep National Park again. Only this time we will climb to the very top of the mountain, where the Wat Doi Suthep temple is located.

How convenient, and the mountain is called Doi Suthep, and the national park, and the temple. So, you can climb either on a tuk tuk for 120 baht, or on a san teo for 40 baht, or on foot. We have chosen the latter option. Because the first two are too simple, and the temple itself was not an end in itself. It was more interesting to walk in the jungle and waterfalls, be in nature, and take a break from the dirty-noisy Chiang Mai.

To be honest, we were not sure that we would just take it and find our way to the top without reading anything on the Internet. We need some kind of path, not to climb through the thickets. But as always, on the spot everything is decided by itself. In any case, we will definitely come somewhere. 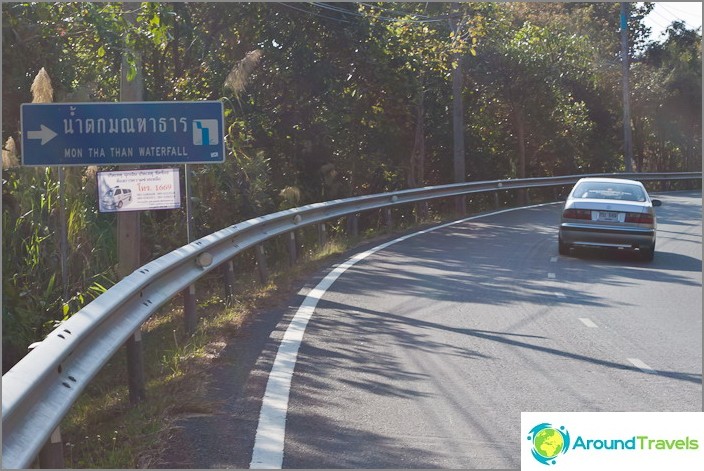 Pointer to Mon Tha Than Waterfall

The third waterfall after Huay Kaew Waterfall is Mon Tha Than Waterfall. We went to him in the first place. You need to go from the main road that leads to Doi Suthep, turning right at the sign. It is about 3 km from the asphalt to the waterfall. There is a route on the map below if you are thinking. Near the waterfall there is something like a camping, we saw there are tents, houses, so if you want you can spend the night in the bosom of nature. 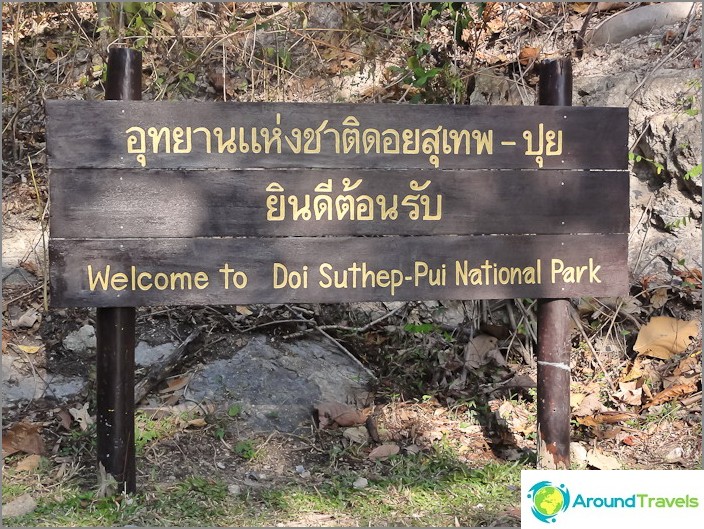 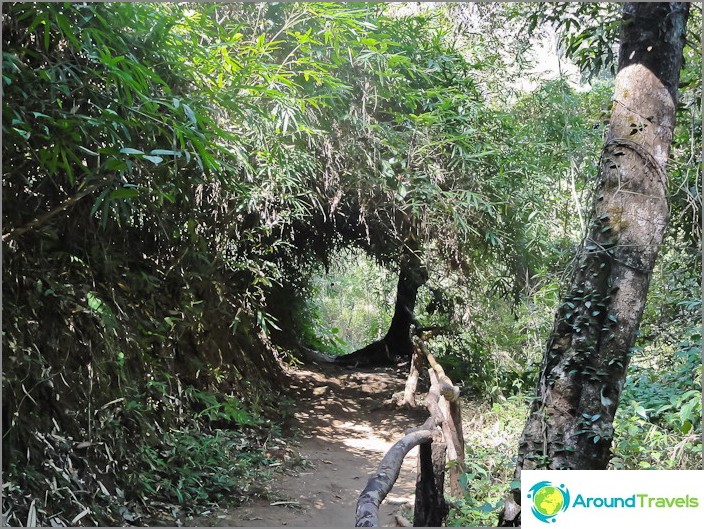 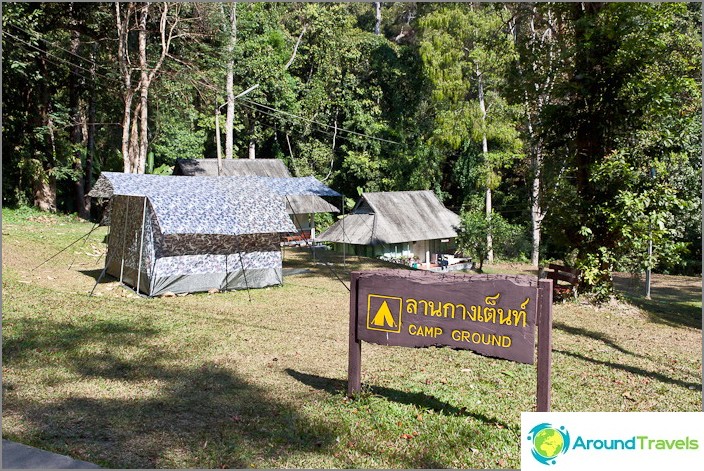 Camping near Mon Tha Than Waterfall 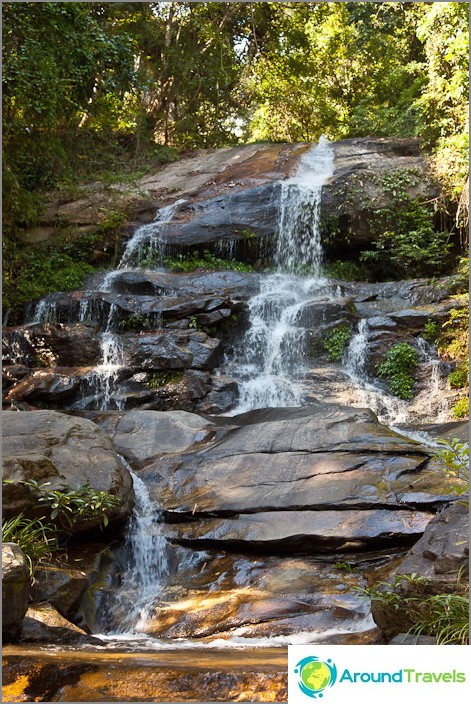 Seeing the sign with the painted levels (Level), we immediately remembered computer games like Mario, and naturally we wanted to win and get to the very last, Level 9, where the main prize will await us - at least a waterfall, at most a road to Doi Suthep. 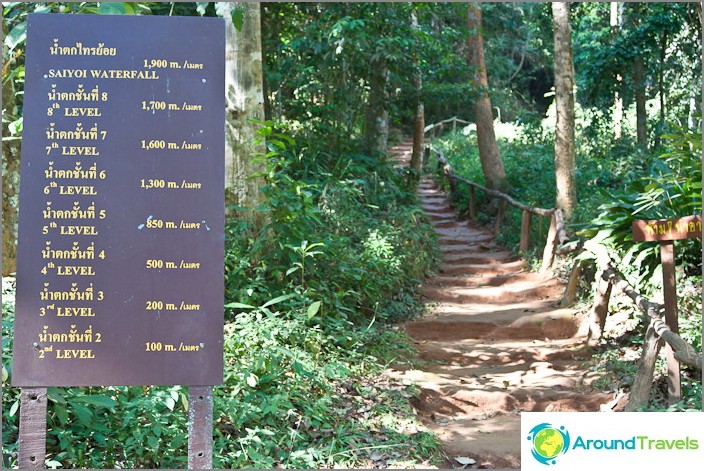 However, on Level 2, next to the next waterfall, there was a large billboard signifying that the entrance was closed for some reason. It so happened that at that moment we completely forgot how to understand English, and therefore passed it by without noticing. Seriously, it remains a mystery to us why the passage is closed for independent visits. Perhaps there are tourists who litter or break something on their way, and you need an eye for them. 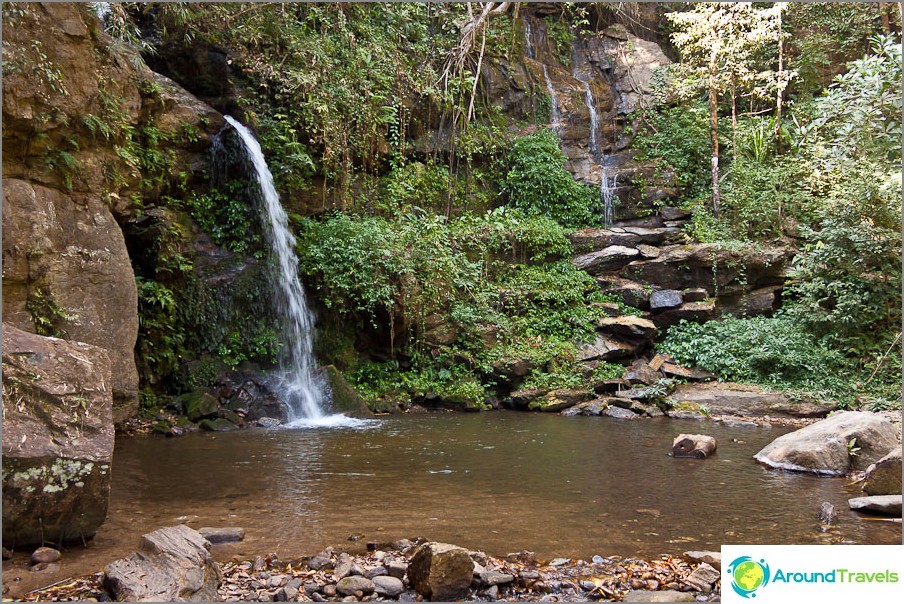 The next waterfall after Mon Tha Than Waterfall 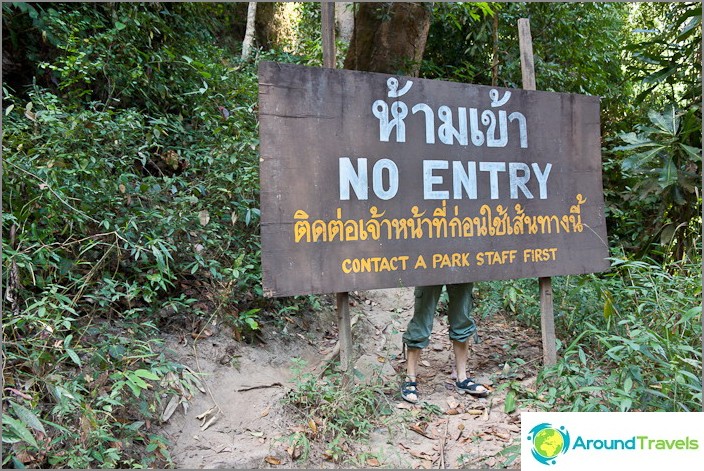 The path upwards goes along the waterfalls, I do not know if their number corresponds to the number of levels, we approached only 3 three. I advise everyone to take a walk there, and the places are very beautiful, and there is an opportunity to see a real tropical forest. And despite some of our inner fears, we were not eaten along the way by spiders, snakes, not even tigers. I already wrote about dangerous insects in Thailand and other animals. 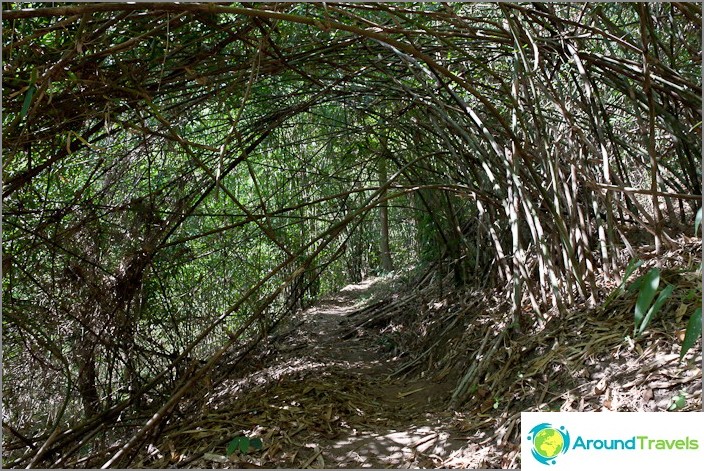 The path leading up 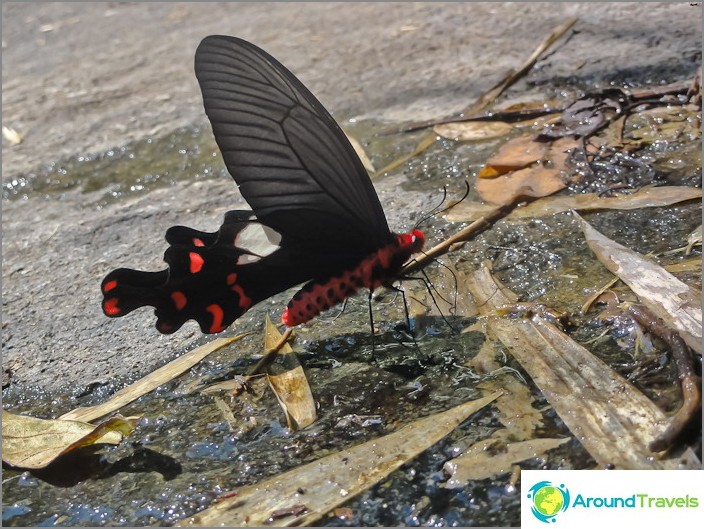 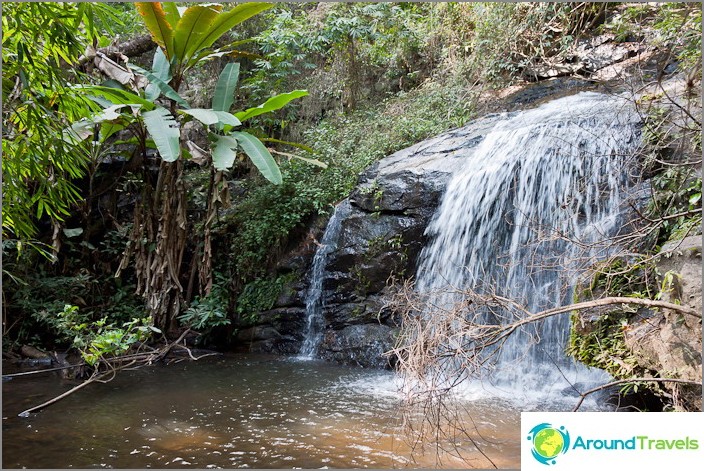 Waterfall on the way up 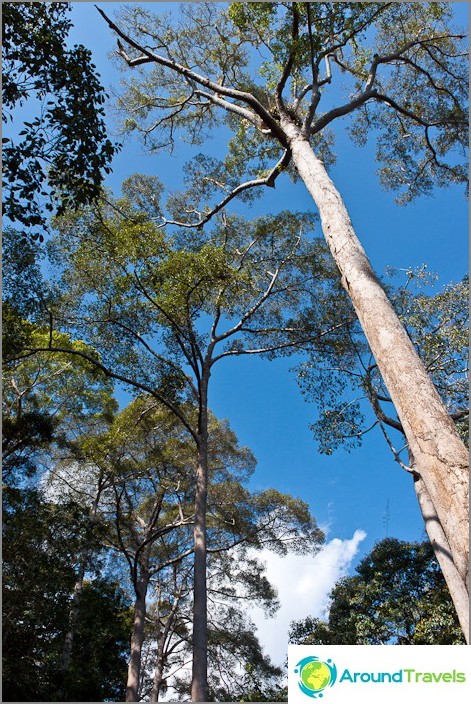 The trees in the jungle are tall 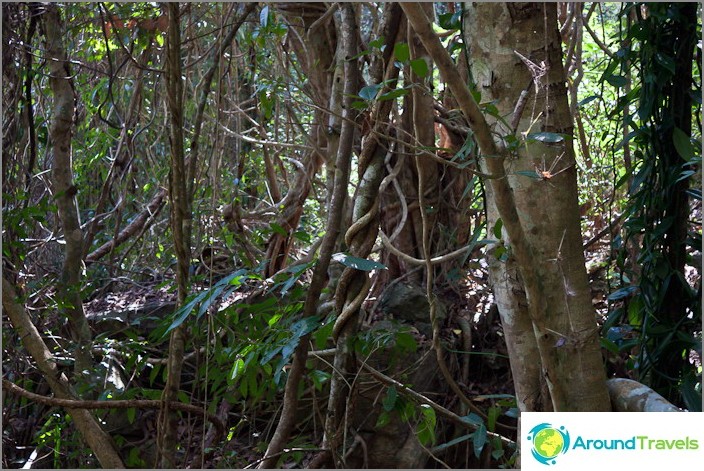 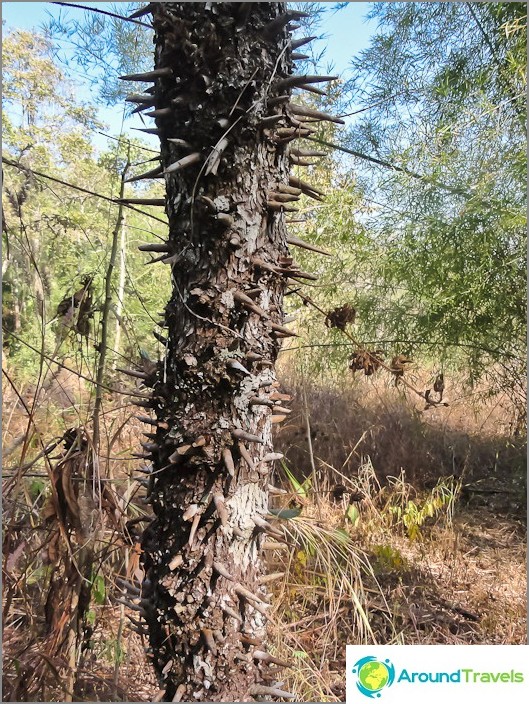 Trees can be very thorny 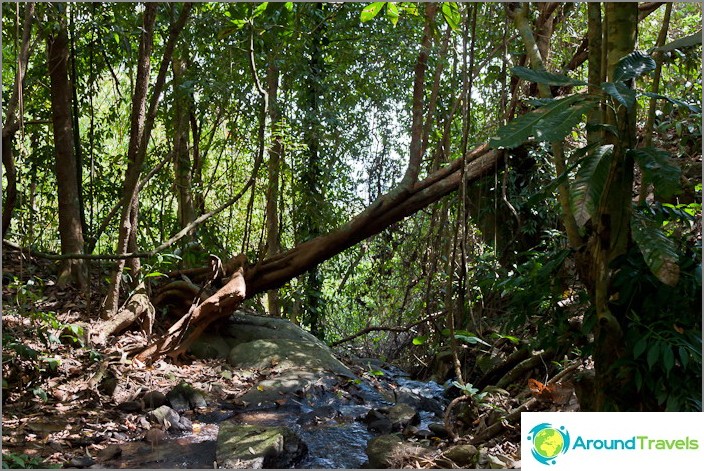 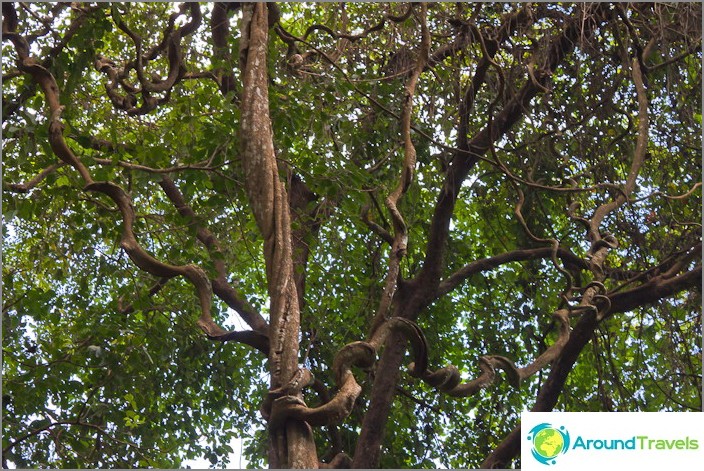 The last waterfall is the highest and most beautiful, probably 20 meters. It is called Sai Yoi Waterfall. And most importantly, the path goes up, and does not end, as we feared. 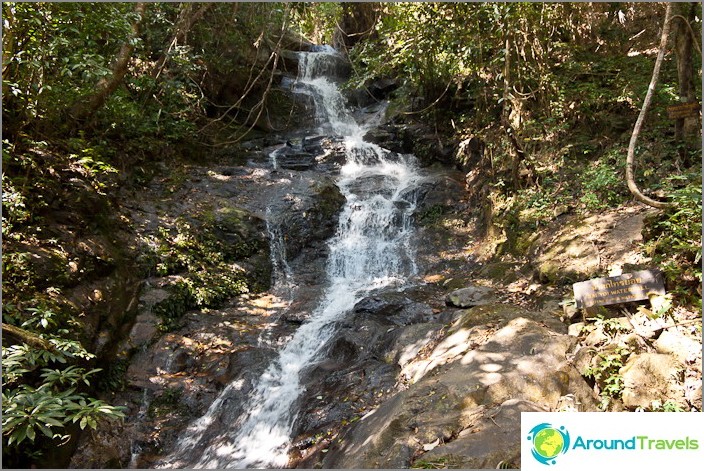 Climbing even higher, after about 15 minutes we came out onto a dirt road (we must turn left from the path), which led us to the village where the staff of the Doi Suthep National Park lives. It is surprising that a waste incineration station is located right there. How can this be in a national park?! 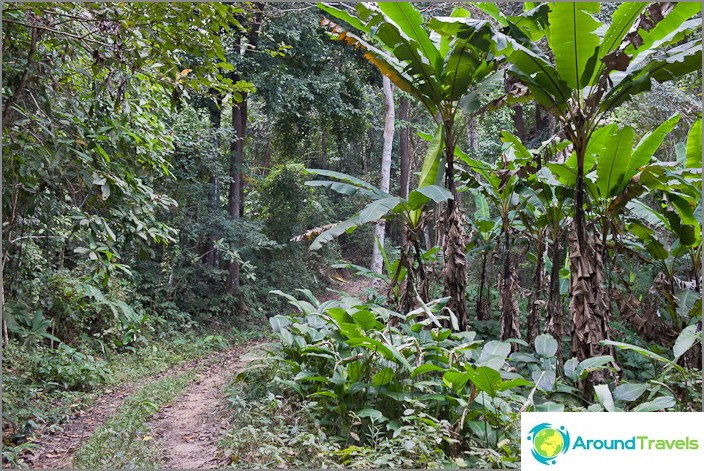 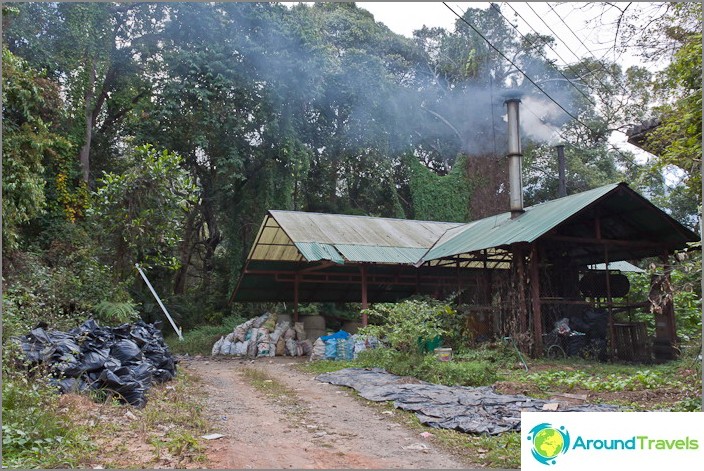 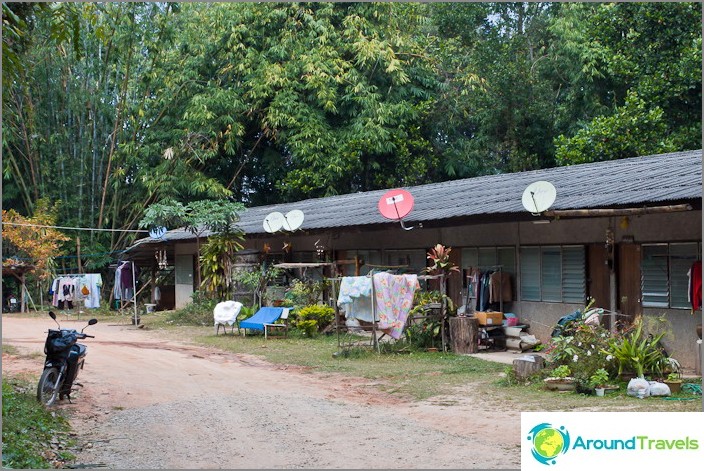 A little further there is something like a recreation center - Doi Suthep Acomodation. Paying only 400 baht for a room with a shower, you can live at the very top, near the temple, enjoying the mountain views and peace. There are also cheaper rooms, such as a dormitory. Very nice park area, with wooden houses on stilts, sanuk and sabay.

If you are going to visit Chiang Mai and are looking for accommodation, I remind you that we have review of 22 guesthouses in Chiang Mai. Or you can search and book a hotel in Chiang Mai on the service RoomGuru. 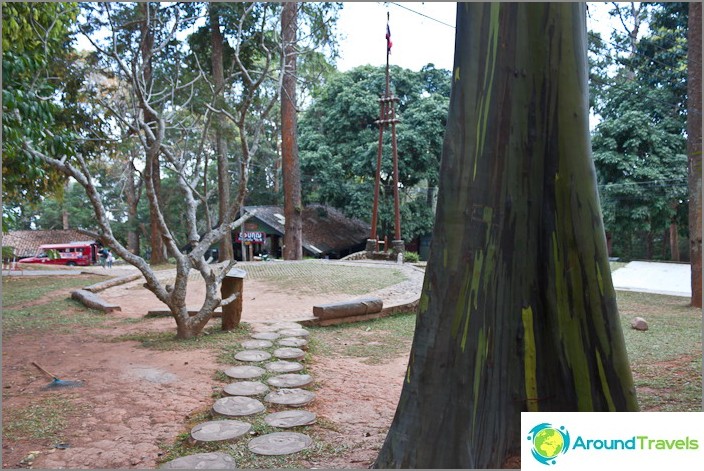 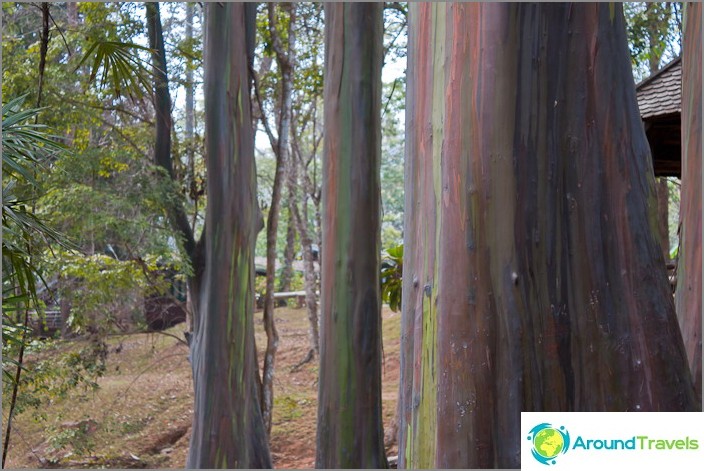 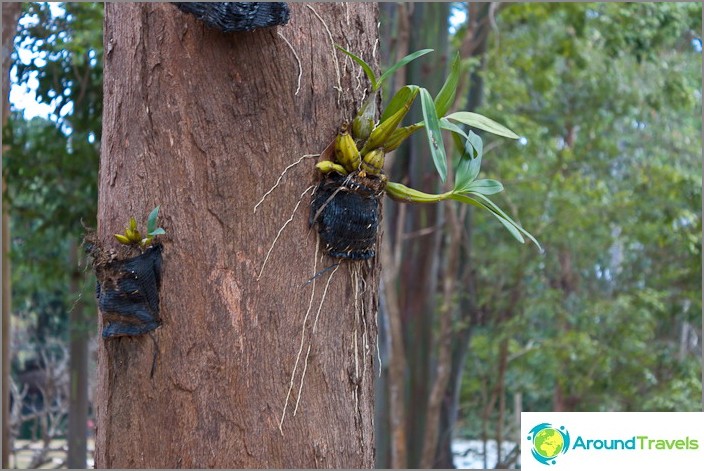 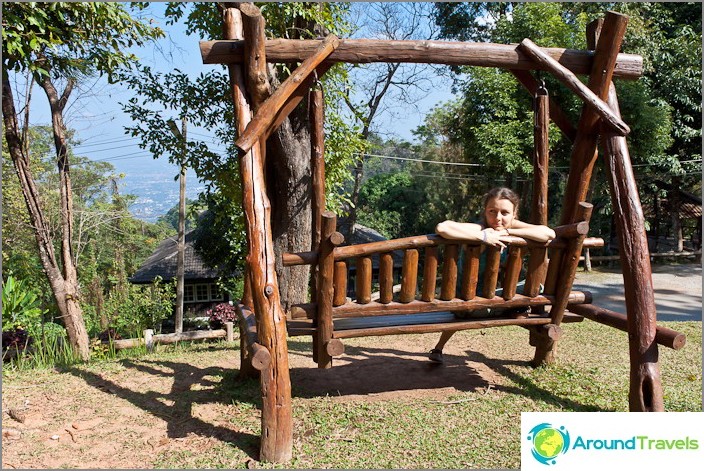 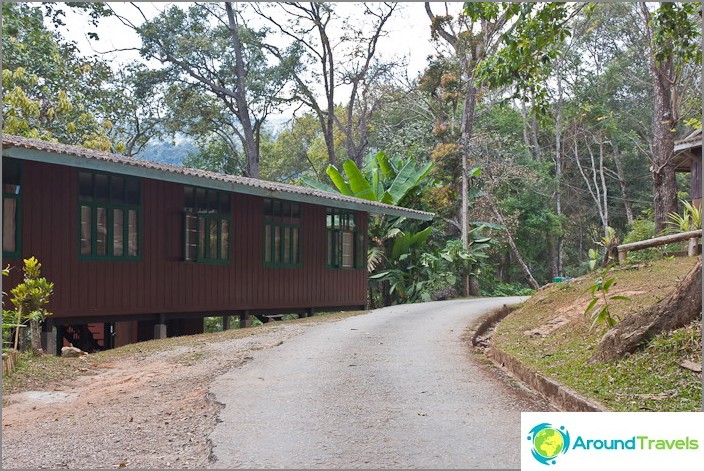 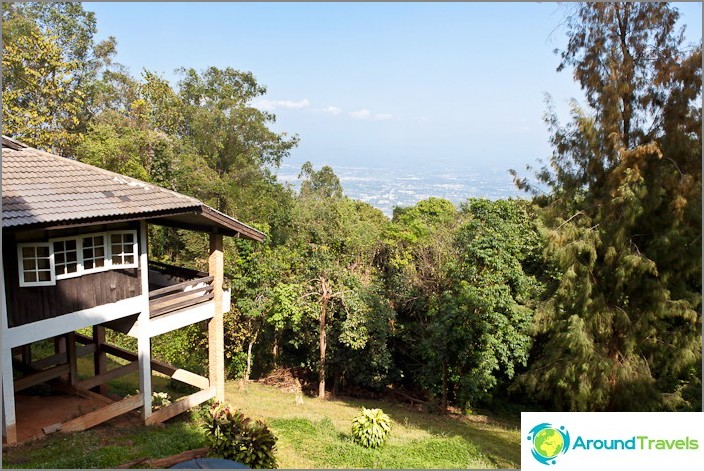 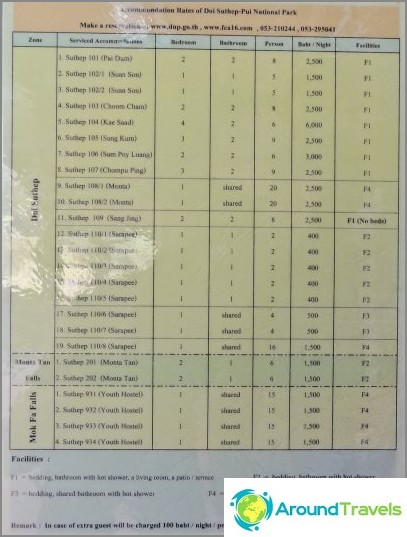 Prices for rooms near Doi Suthep

Mon Tha Than Waterfall
More about the waterfall. 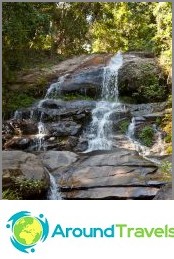 More about the waterfall.

About the temple itself Wat doi suthep read in the next article.