Home › New articles › What to see in Istanbul

On the shores of the Bosphorus Strait, in two parts of the world - Asia and Europe, there is an amazing city, one of the largest in the world - Istanbul (Istanbul).
In 2010 he was awarded the title of European Capital of Culture.
A very complex history of the origin of its name.

You can read our impressions of this wonderful city here Istanbul - the capital of Turkey, the real!

In general, I must say that Istanbul is a Russified version of the Turkish name -? Stanbul, which should have been the name of the city since March 28, 1930 by order of the then ruling authorities. Before that, the city was called Byzantium, later Constantinople or New Rome. 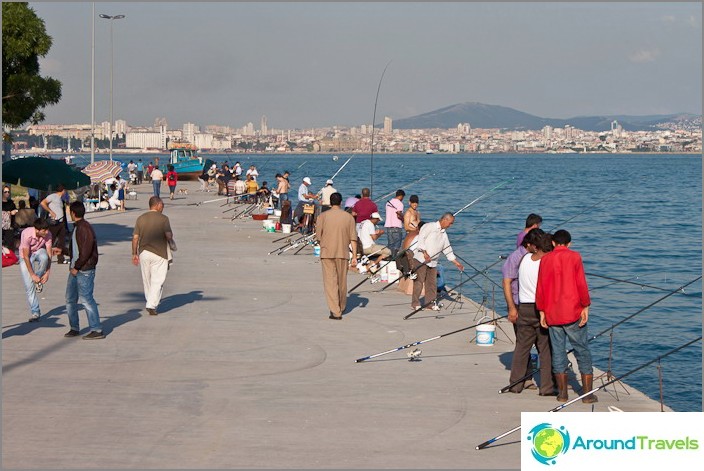 As diverse as the origin of the name of the city, so is the history of the city itself.
The first settlements on the territory of present-day Istanbul date back to the 7th century BC, when Greek tribes settled here, led by Byzantium, who founded the city of Byzantium..
The already successful construction of the city, which was facilitated by its geographical position, was extensively supplemented, starting in 324 AD, by the Roman emperor Constantine the Great, after in 74 AD. Byzantium fell under the rule of the Romans. In 330, the city was named Constantinople and recognized as the capital of the Roman Empire and continued to be it even after its collapse, but already the capital of the Byzantine Empire, until the beginning of the 13th century, when the crusaders established the Latin Empire here. But already in 1453 the city was taken by the Turks and Constantinople became the capital of the Ottoman Empire and was it until 1923, until the capital functions of the city were transferred to Ankara.
Istanbul, on the other hand, remained and remains the commercial, industrial, cultural and tourist center of the country..

From such a rich history of the formation and development of the city, Istanbul got unique monuments of antiquity. And when you think about what to see in Istanbul, first of all, make the decision to come there for a week, and not for a couple of days..

- Basilica Cistern - a legacy of the Roman-Byzantine period. This is an underground storage of drinking water in Constantinople that has survived to this day in the form of a palace complex.
- The hippodrome, where at one time, the world famous chariot races were held and the construction of which began back in 203 AD. Emperor Septimius Sever.
Of the buildings of the religious rite, it should be noted:
- Hagia Sophia - a famous architectural monument of Byzantium, now included in the UNESCO World Heritage Site
- Church of Christ Pantepopt of the 11th century, the floor of which, by the way, serves as the ceiling of one of the underground reservoirs (cisterns).
- Sultanahmet Mosque (or Blue Mosque), combining Ottoman and Byzantine styles of architecture - currently operating temple.
- Suleymaniye Mosque, Beyazit Mosque, Fatih Mosque and many others.
As well as the Topkapi Sultan Palace, Dolmabahce Palace, Rumel Fortress, Maiden Tower and many other ancient monuments - the cherished dream of many tourists from all over the world. And they, according to some sources, annually visit the city, about 6 million people.. 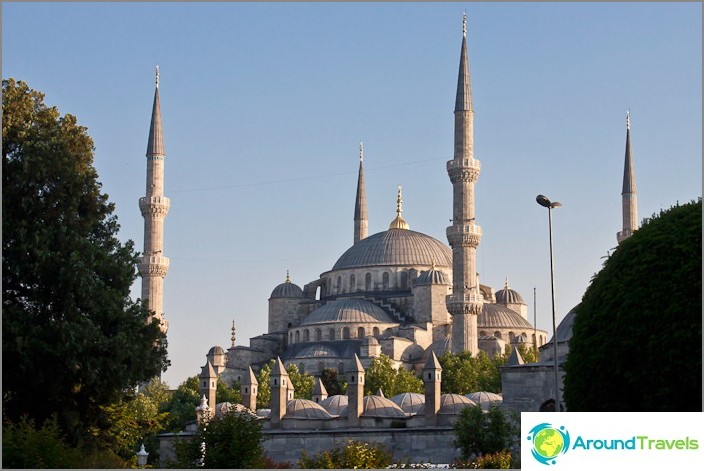 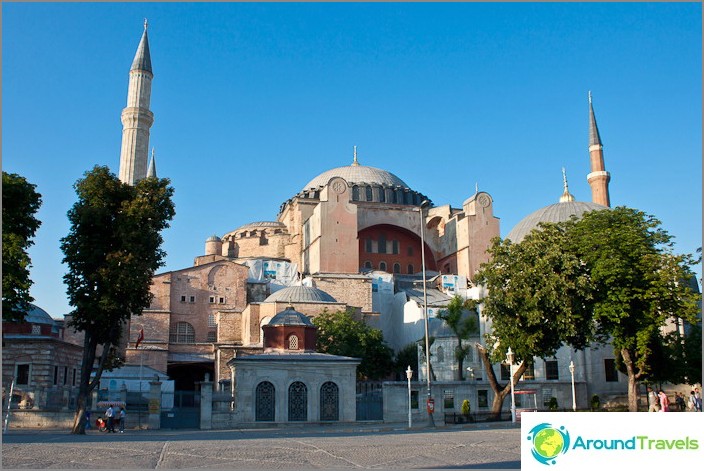