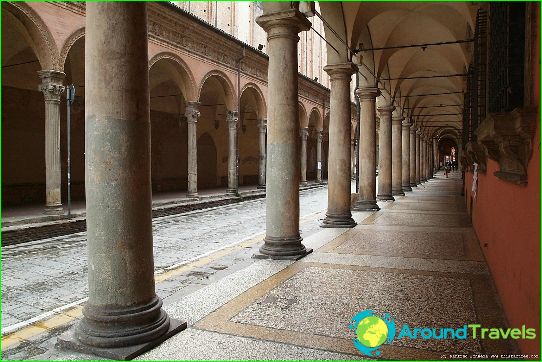 When asked what unites little useless dogs, the best meat sauce for spaghetti and practical raincoats, the experienced traveler will fluently answer that they all come from Bologna. The capital of the Emilia-Romagna region in northern Italy is a city of European culture and a creative city of music according to UNESCO, and the locals themselves consider it the most beautiful and best of many Italian cities and towns. You can find a lot of reasons to organize tours to Bologna, especially since the climate here is pleasant, the flight is not so long, and the hospitality of Italians does not need any recommendations at all.

This is how the Bolognese unofficially call their city, because it was they who invented not only the sauce of the same name for pasta, but also blinded tortellini for the first time, taking the navel of the goddess Venus as a model. However, the tagliatelle themselves, which are usually generously seasoned with meat bolognese sauce, appeared right here.
History and cuisine in Bologna are closely linked. In the Middle Ages, it was here that famous chefs lived, who even studied at the local university, founded by the very first in Europe in the 11th century..

One of the main relics of the city, to which pilgrimage tours to Bologna are made, is the icon of the Virgin Mary and Child. Saint Luke is considered to be its author. The image is located in a Catholic sanctuary on Guard Hill, and the 18th century building itself is a national monument..