Alcazar show in Pattaya - my review of the transvestite show

Honestly, I would not have gone to this show if it were not for the need to blog about all the popular attractions in Pattaya as part of my travel guide. But surprisingly, I can't say that I didn't like the show. But I will not say that I am delighted. Maybe it’s also because I don’t really like dance shows. I think that it makes sense to go to Alcazar once and see for yourself, if you have never seen trances. Judging by the fact that the people in the hall clapped quite actively after the performance, people like this kind of entertainment..

The show lasts about an hour and is mainly different dance numbers. Among them there are dances with a certain cultural and ethnic component, in costumes stylized as folk and with appropriate music. And there are just modern ala cabaret.

Although I am not a specialist, the performers dance rather weakly: there is not enough plasticity, not all movements are perfected, they do not always move synchronously and keep the rhythm. Although then you get used to it and stop paying attention. But it may be that in the end the Thais themselves warmed up and danced. Or a large number of performers in colorful costumes on stage distract attention from the dance technique and look at the picture as a whole, without details. Plus, as I said, the show is only one hour long, time flies by..

The highlight is that trans or ladyboys are performing. Maybe there are ordinary girls there, but I doubt that something hurts all tall. 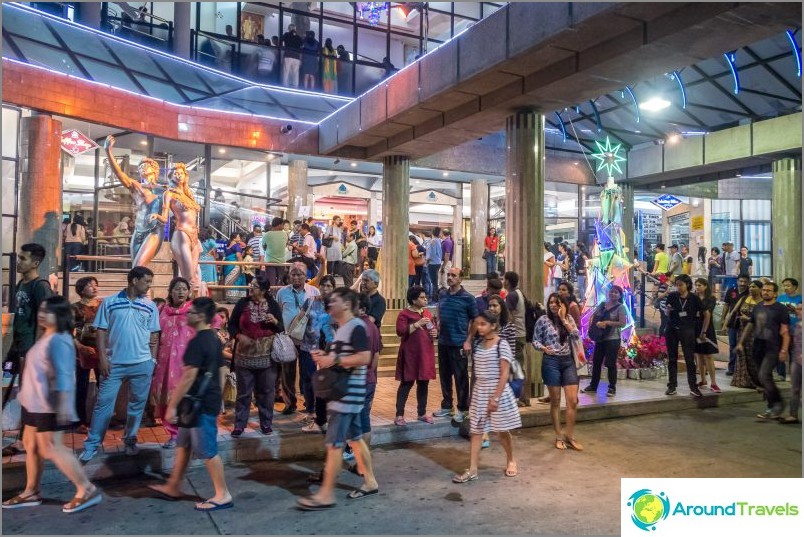 Before entering the Alcazar 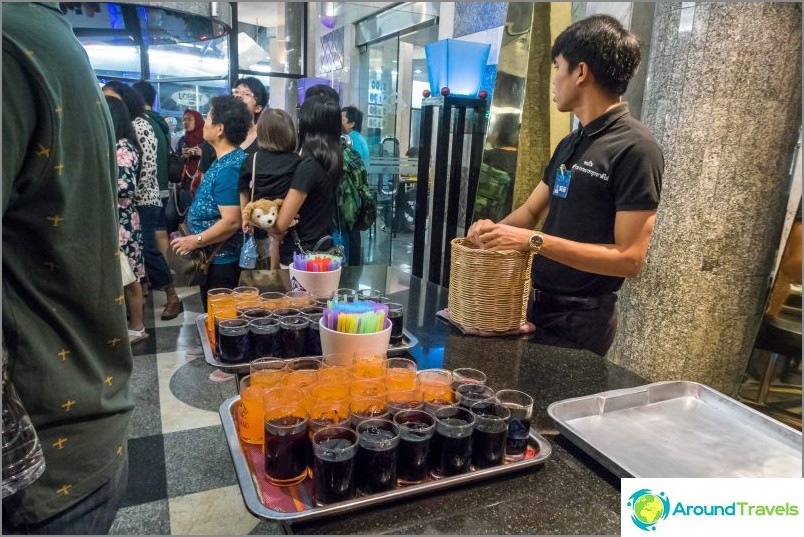 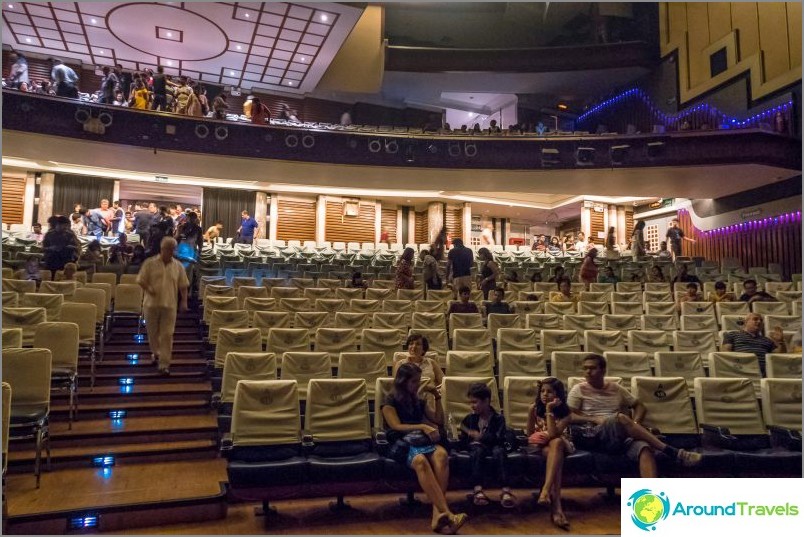 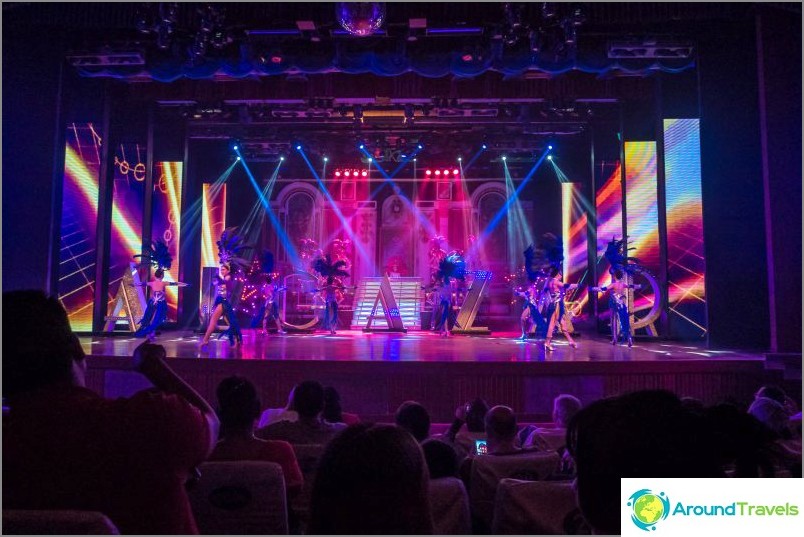 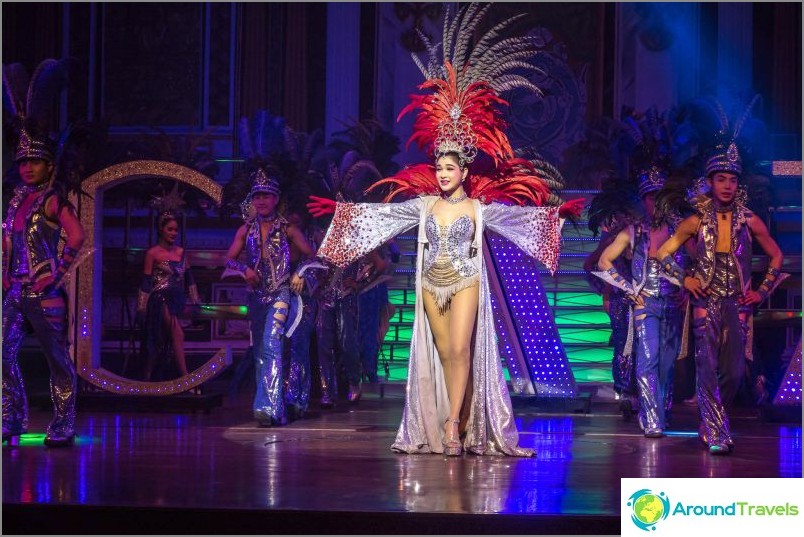 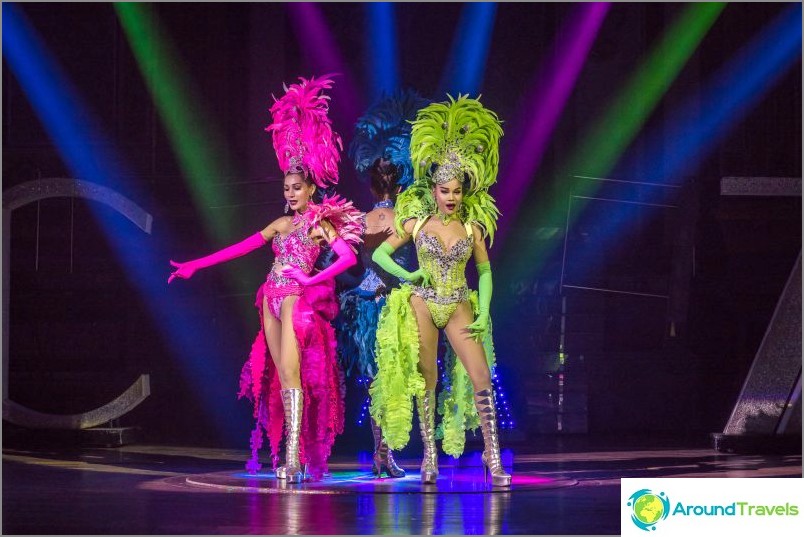 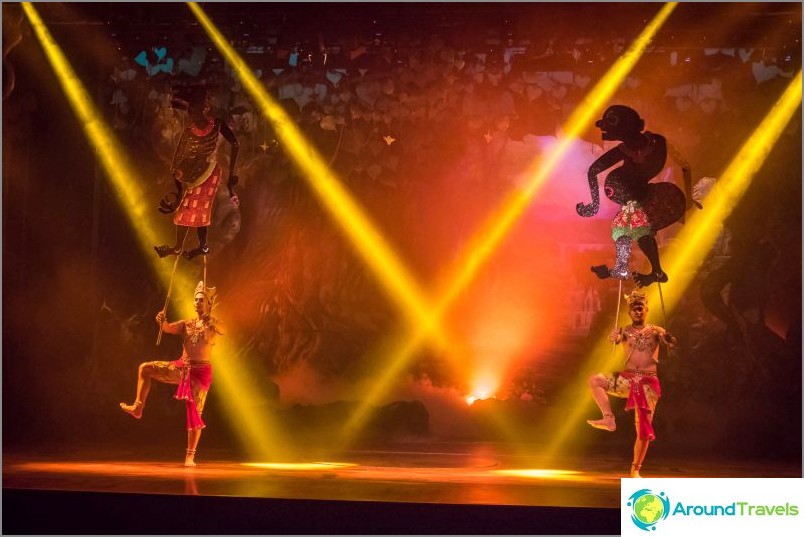 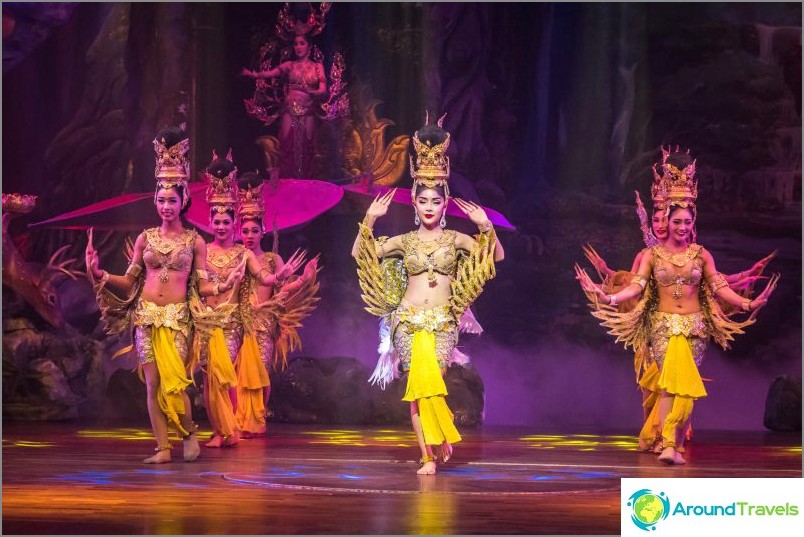 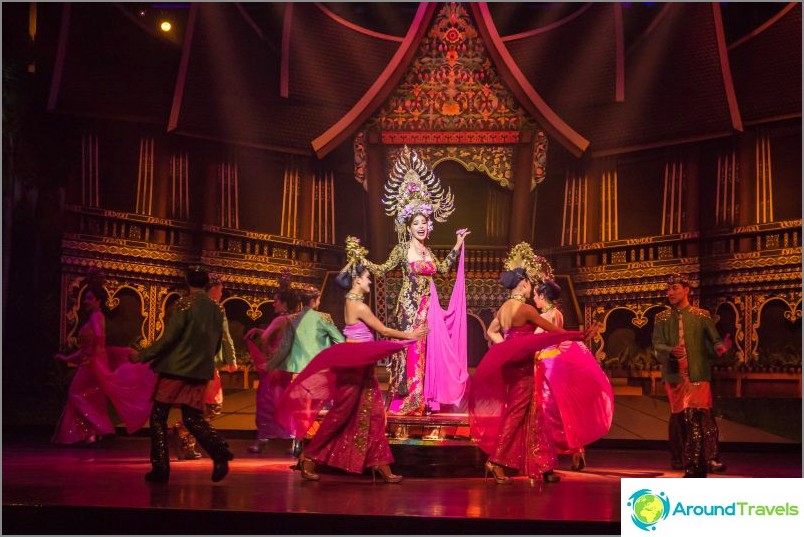 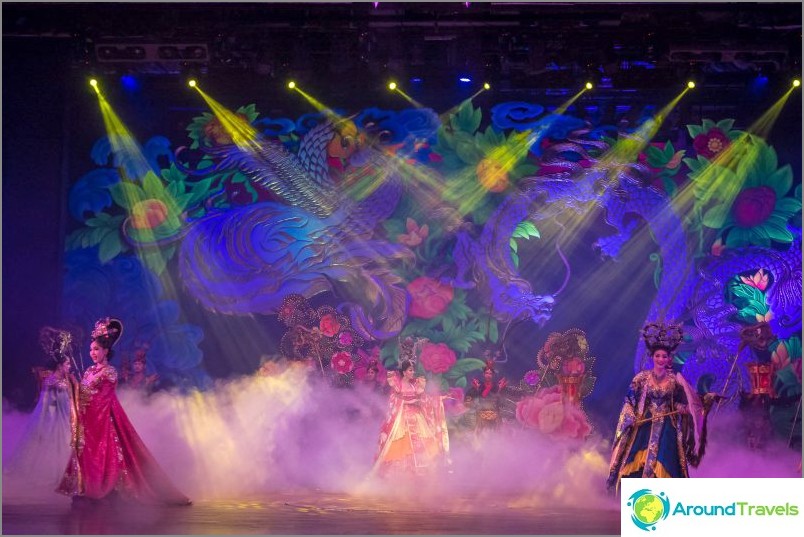 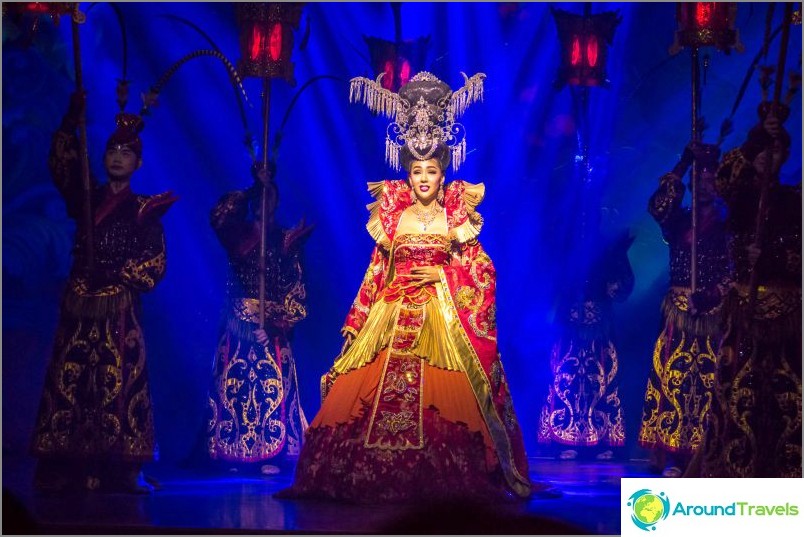 Each of the numbers probably has some meaning, but it is not clear and is not explained in any way. About 10-20 ladyboys are moving around the stage in very bright, shiny outfits, accompanied by music. Music sounds Thai, in English and once even in Russian (Viagra «Truce»). Once every 5-10 minutes, the number ends, the scenery changes (they go down or rise behind the stage), a change of costumes.

There are a couple of humorous numbers in the show. When a fat Thai (Thai) enters the stage, dances, and then goes down to the hall, to the audience, and communicates a little with them. Then a couple more times the dancers after the number went down to the hall, closer to the people.

I liked the number when the dancer was dressed in a suit, on the one hand female, and on the other male, and turning one side, then the other to the viewer, he portrayed a couple. At first he looked out from behind the curtains (plus the illumination only on the upper body) and it really seemed that they were two separate people. Only later did it become clear that he was alone. Great idea. Only later did I find out that this is a fairly well-known number in the world, but I dark learned about it only in Pattaya 🙂

There were a lot of Indians and Chinese in the hall. Looks like they are brought to the show by buses. However, I think, not only them. On the street in front of the entrance, as well as in the parking lot, there is simply pandemonium. 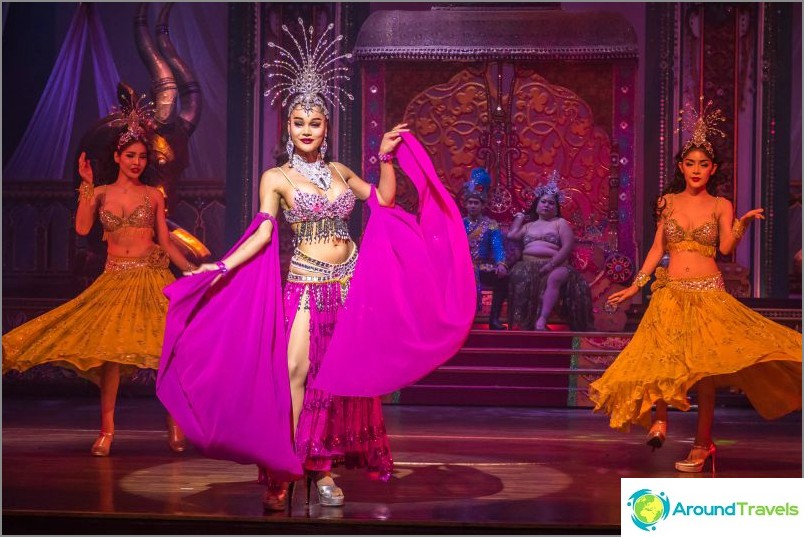 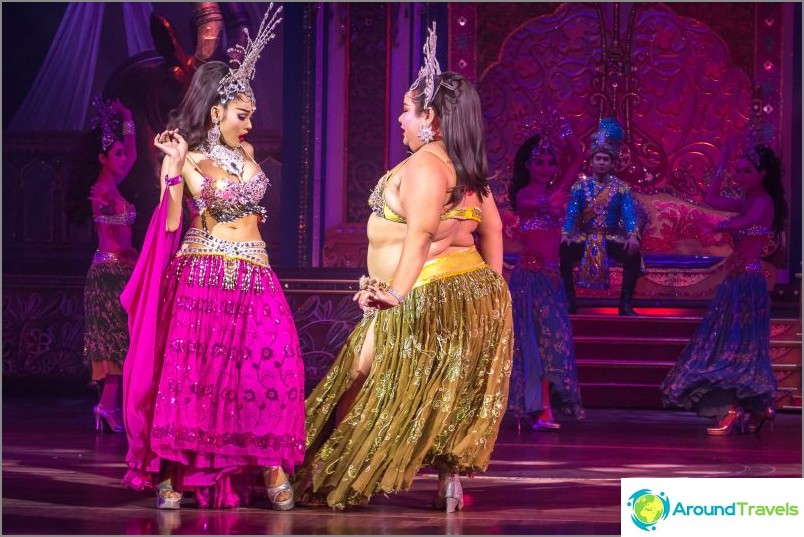 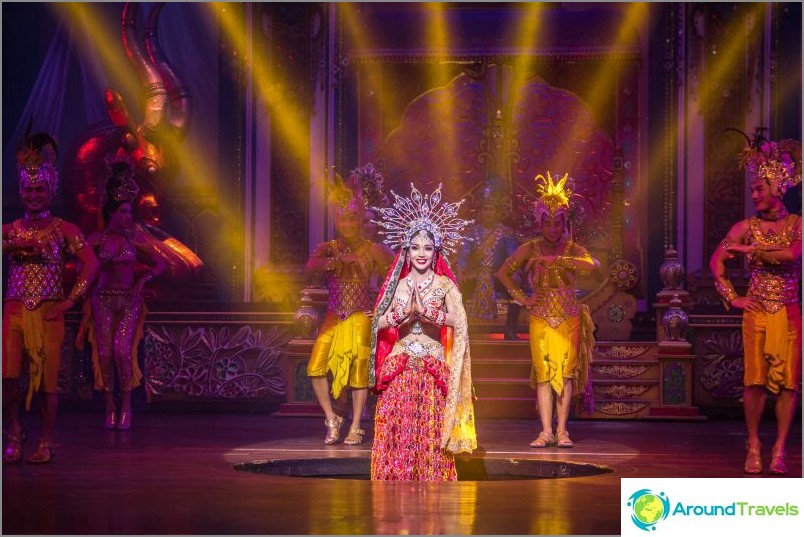 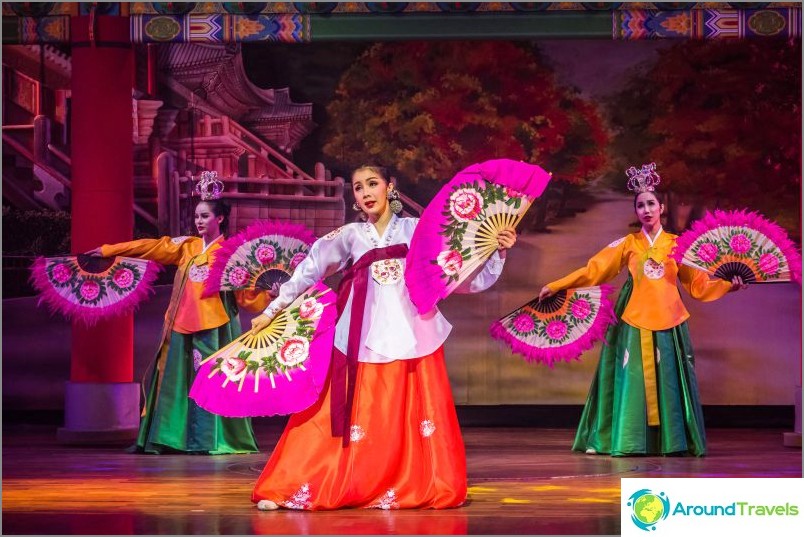 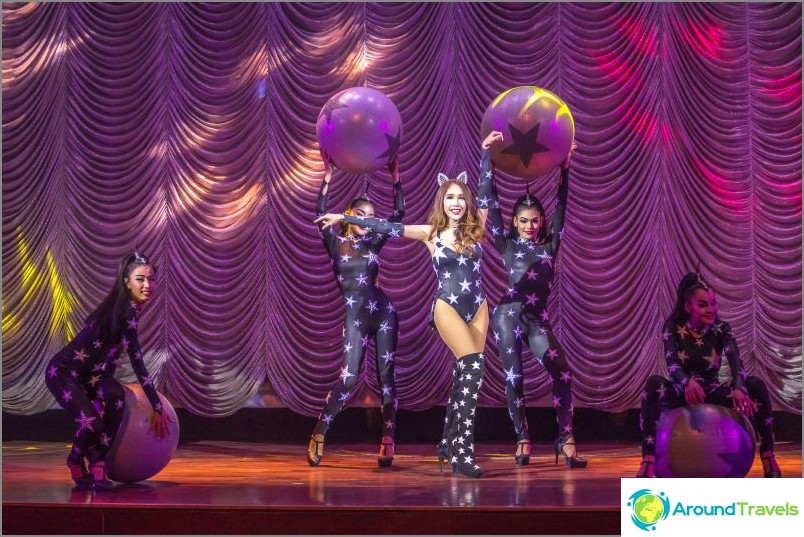 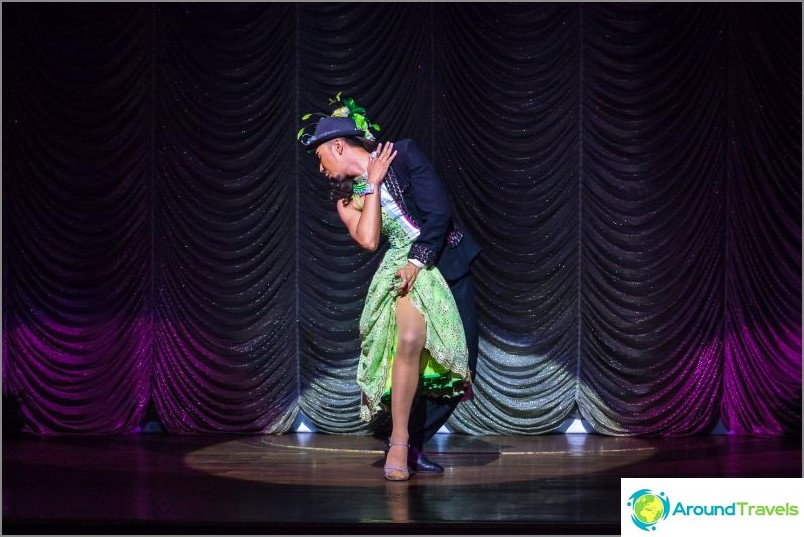 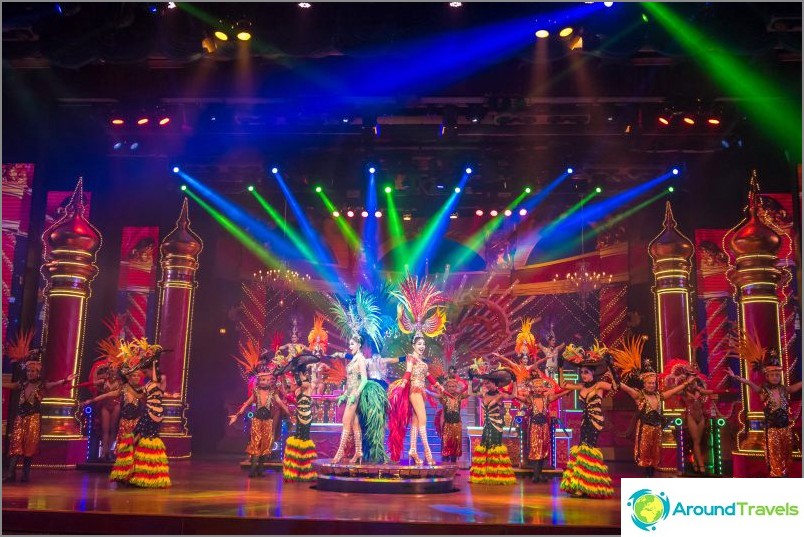 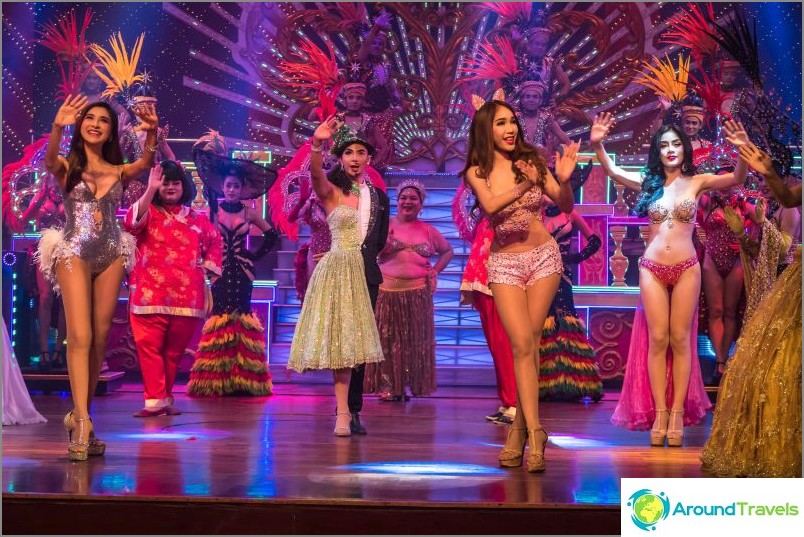 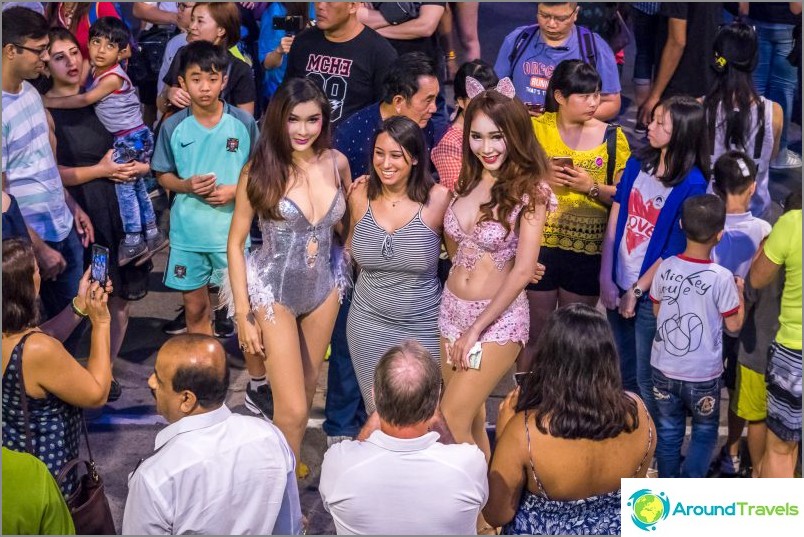 After the show, you can take pictures with the participants

One of the options is to buy a ticket to the Alcazar at one of the travel agencies, so as not to go / drive specially for them at the ticket office. This is more convenient, I did it myself. During the season, you need to take tickets in advance, on the day of presentation they may not be available, I took already 2 days before visiting.

There is no dress code for attending the show. I read different reviews that they say it is impossible, but I was in shorts and a T-shirt, everything is okay. In addition, this is not a ball / party, but entertainment for tourists..

It is better to choose seats not near the central aisle, but a couple of seats further away, since in the aisle they put on additional chairs, and they are high, thereby blocking the view.

The show is located in the very center of Pattaya, on the Second Beach Road, next to the large Central Marina shopping center, a little short of it if you move from the Bali Hai pier.

Show Alcazar
The transvestite show in Pattaya is one of the most famous. An hour passes, is right in the center of the city.
More about the show. 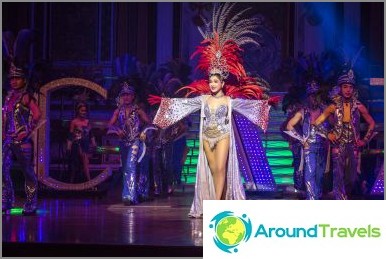 The transvestite show in Pattaya is one of the most famous. An hour passes, it is located right in the center of the city.More about the show.