Home › New articles › How to apply for a Schengen visa yourself

How to apply for a Schengen visa yourself

Recently, I came across the fact that some people doubt that a Schengen visa can be obtained on your own, and indeed you can get it if you do not quite comply with the generally accepted framework, for example, you do not officially work. So I decided to tell you how I got a single-entry French Schengen visa for my trip to Europe by car..

Which country is the Schengen visa worth applying for

At one time, I decided to make a French Schengen visa, as I planned to spend most of the time from our monthly trip in France, and therefore later they collected checks for gasoline, just in case. Yes, of course, I could have made a Polish visa, since we entered through Poland, but there are certain nuances why a French visa was more suitable for me, and Poland was also a transit country.. 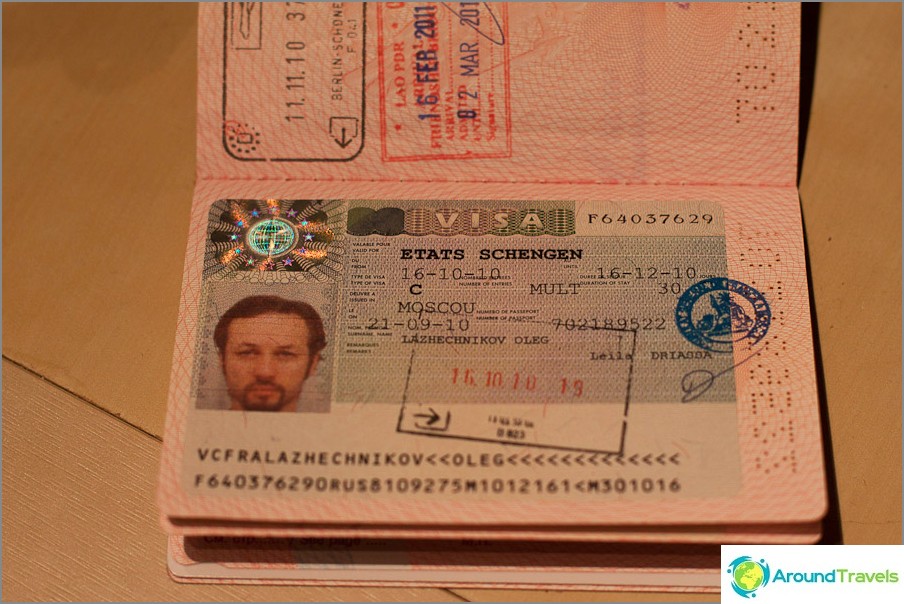 How to apply for a Schengen visa yourself

And this is logical enough. You apply for a visa at the consulate in whose country you will stay the most. For example, you are traveling to Germany for 2 days, to France for 3 days, and to Spain for 4, then there is a direct road to the Spanish embassy. And if you are traveling for 2 days to Germany, for 2 days in France, and for 1 day in Spain, then you can submit documents both to the embassy of Germany and France..

To make things easier for yourself, it is recommended to slightly change your itinerary (add 1 day) so that one of the countries becomes the country of greatest stay.

There is a lot of confusion with this rule, because it only applies to the question of which country to obtain a visa. But when the visa is already in hand, this does not mean anything. Let's say you received a visa to France, but you arrive in Germany, this is normal! It is not necessary to enter via France.

As I said, this rule was applied to obtain a visa when it was impossible to determine the country of greatest stay. For example, you travel to France for 3 days and Germany for 3 days, and enter through Poland by car, where you will actually be a transit. And before, it was advised to make a visa just to Poland. But in the light of clarifications from the European Commission, this cannot be done, which in general means the abolition of this rule. Most likely, in order to apply for a visa at the Polish consulate, the route should be as follows - Poland 3 days, France 3 days, Germany 3 days.

Why they may not be given a Schengen visa

When you come to receive your next visa, you may be checked for violations of Schengen rules on your previous trip. And, if the country of entry declared in the application form is easy to check by the stamp in the passport, then how much time you spent in the country of your greatest stay is much more difficult to check (there are no borders within Schengen) and you will have to prove it. To do this, they usually save checks from the host country for proof (gasoline, supermarkets), plane boarding passes, etc..

The most important rule so that there are no problems in the future is to fully comply with the declared route and the terms stated in the questionnaire. Even if you were given a multivisa, then the trip must be carried out by the very one, because of which it was obtained. But on the remaining days on a visa, you can do anything.

Embassies of which countries issue Schengen visas the easiest way

Moreover, according to the stories, the Finnish embassy for the second time can give a six-month or one-year Schengen multivisa. That is why, now very many people go to Finland for a week, and after a while they apply for a six-month or one-year visa. You can try it for the first time, but no one can predict the chances of getting a multi-visa. And it is best not to do this, we ask for the dates in which we plan to carry out the trip..

What documents are required to apply for a Schengen visa

4. Paid air tickets (by train or bus) to the country of destination or documents for a car + driver's license (I would recommend it to be international)

5. Travel medical insurance with coverage from 30,000 euros. Look at my TOP-10 insurances for Schengen.

6. Insurance Green card for the car. Be sure to read the nuances of buying a green card, there are very important points.

At the moment, clauses 2.1, 2.2, 2.3 are interchangeable, which means that you can bring only one document, for example, an account statement, it is the easiest to do it. But no one knows how the embassy will react to just one document. After all, it is important for them not only to confirm your solvency, but also your desire to return. And it is this desire that is most confirmed by a certificate from work. But in any case, it is best to clarify these points in a specific embassy, ​​requirements may vary.

For example, when I applied for a visa, I did not have a work certificate. And I was advised to do, in addition to the account statement, also a sponsorship letter from my parents, which will increase my chances of getting a Schengen visa. Perhaps the person from the visa center was simply reinsured, but many wrote that it is desirable to provide both.

Also, if you are traveling as a family, then you will most likely have one account statement for one family member. Therefore, this family member will need to write a sponsorship letter that, they say, I undertake to bear all the costs for the rest of my family members on this trip.

I personally made a sponsorship letter from my mother (template), who has an official salary. The letter itself is just a plain sheet of paper with handwritten text.

Also attached was her certificate from work on her salary (2-NDFL). A certificate with a sum of at least 15 thousand rubles is recommended. However, I think you could still not be reinsured and just get by with an account statement, especially if there were more funds than required..

I didn't check it myself, but in theory, if you don't want to buy tickets in advance, you can bring documents for the car (if you have them, of course) or buy tickets from Aeroflot of the FLEX line, which can then be returned.

This will allow, firstly, to buy the necessary tickets later, and also, for example, to fly not to the country of destination, but to another, and then get there by low-cost airlines, buses or trains. True, in this case, it is better to play it safe and then collect various checks proving that you were in the country whose visa you made. This may come in handy when applying for your next visa..

If you want to buy tickets, you can do it, for example, through Aviasales.ru and Skyscanner.ru.

Another reason why I applied for a French visa is that the French Embassy accepts paid hotel reservations from Booking.com, which can then be canceled. The main thing is just to carefully look at the hotel's policy, because not all of them imply cancellation of reservations, as well as the cancellation period..

For me, this was very important, since I planned to stay not only in hotels, but also with friends and a couple of times through couchsurfing. And the most inconvenient in terms of visa, I did not have a clear schedule of travel by day. Therefore, reservations were made through Booking, and then canceled after obtaining a visa.

I do not get tired of repeating that the hotels in which you will actually live (not for canceled reservations) should be viewed not only on Booking, but also through the RoomGuru service, which is looking for in 20 booking systems at once. There are delicious prices.

P.S. Naturally, I did not take into account all the nuances of self-registration of a Schengen visa, but there was no such task. Otherwise, I would still have to write a dozen articles 🙂