Home › New articles › Lego Museum in Prague - you can see it, you can't touch it

Lego Museum in Prague - you can see it, you can't touch it

I would say that the Lego Museum in Prague will be of interest only to children and very rare adults. Those who are still fond of Lego. I am not such, and I only know about Lego from my son, because in my childhood there was no such constructor. So I only went to the museum because I needed to write a review about it, and mind you - I was there without a child.

Judging by the reaction of the children who were there, many are delighted, because such an abundance of Lego, probably, cannot be seen anywhere else. These are not just shelves with boxes, but their own world with fully assembled models, however, you cannot touch them - they stand behind glass partitions. As far as I understand, there are many rare collectible models of past years and, probably, they are of some special value for those who are fans of the designer.

There is a separate room dedicated to Star Wars, where the music from the film starts playing at the entrance. The first rack is with Darth Vader and the Death Star, that is, everything is so interestingly done, in the theme, plus the music adds atmosphere.

There are a couple of places where boxes with Lego pieces are displayed for children, and where children can take their souls, collect models without restrictions. In the reviews, I met complaints that the details were not enough, although, in my opinion, in the room where a lot of children were playing - there were more than enough details. 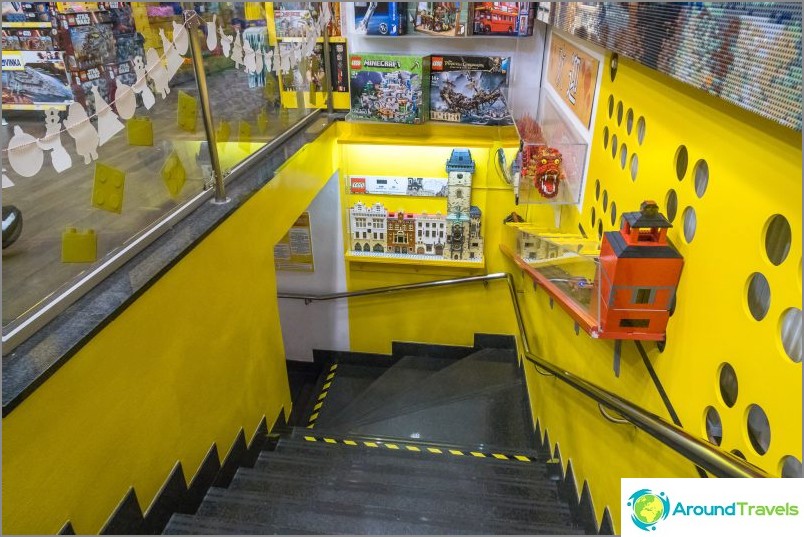 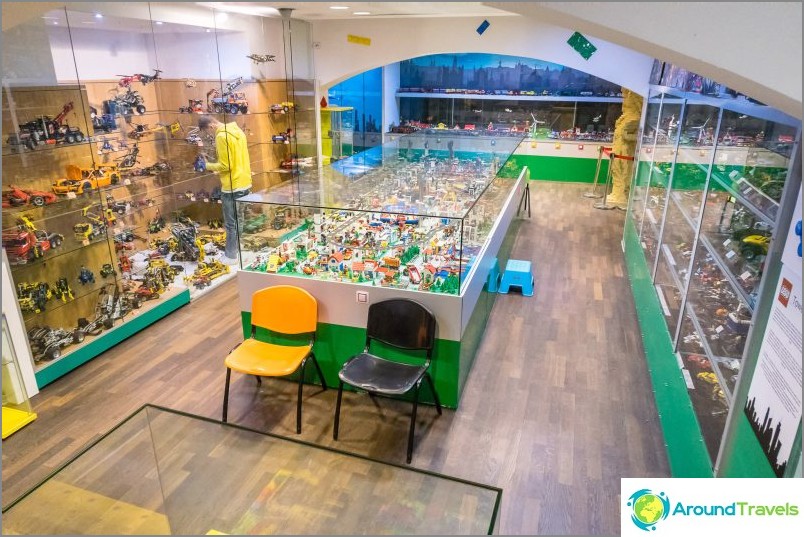 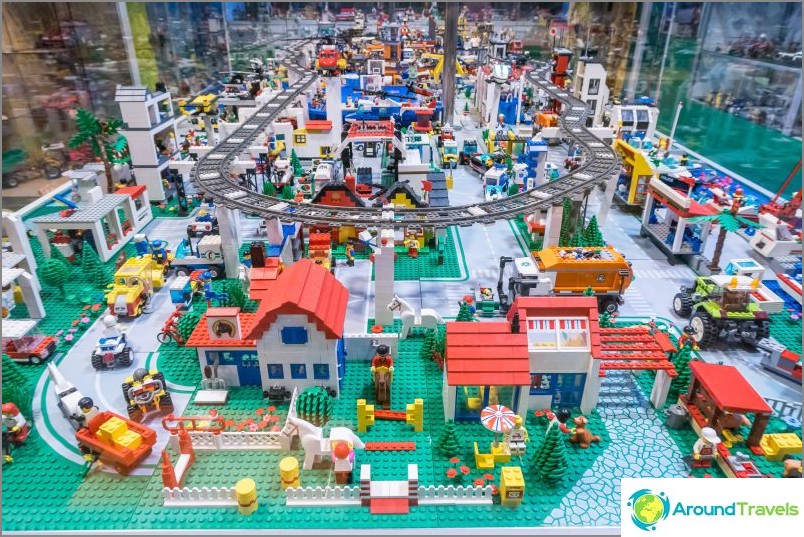 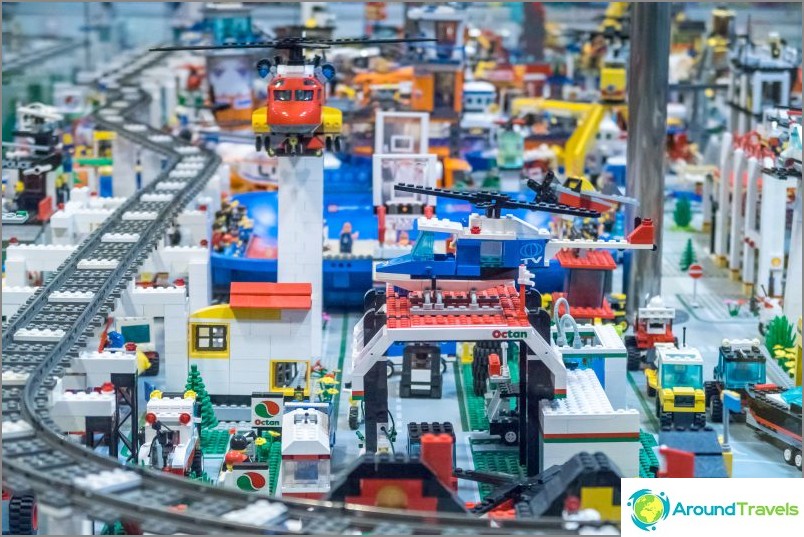 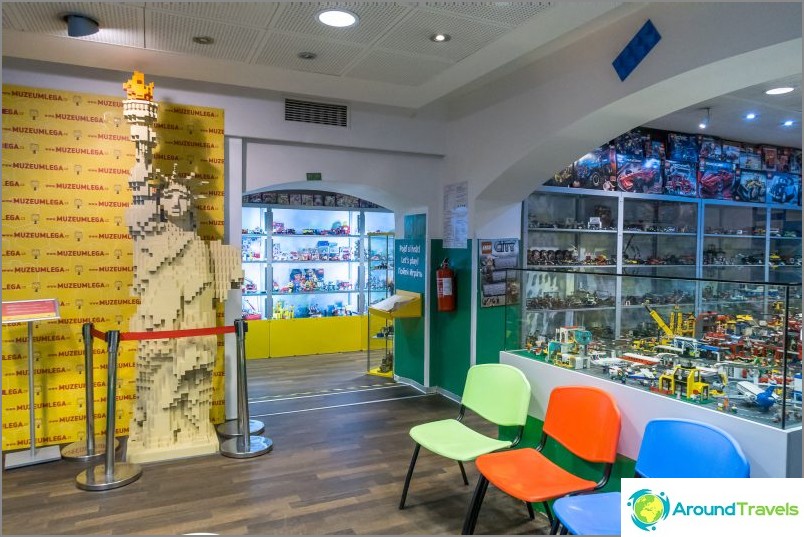 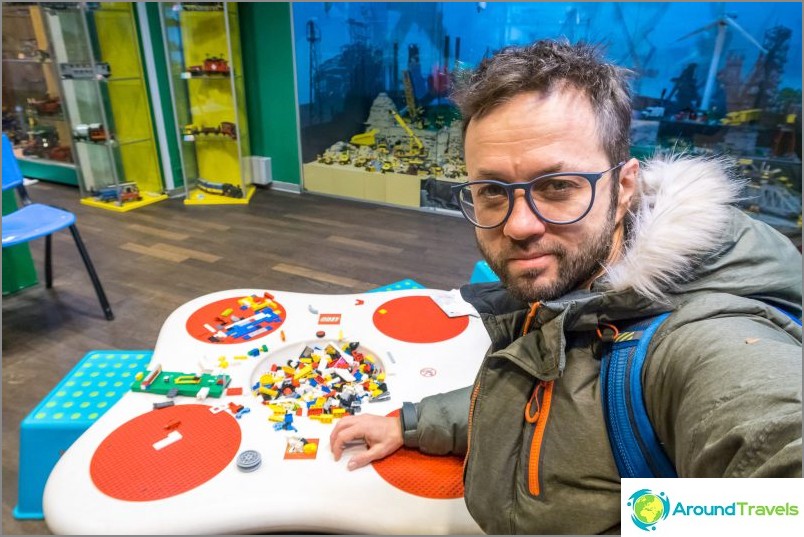 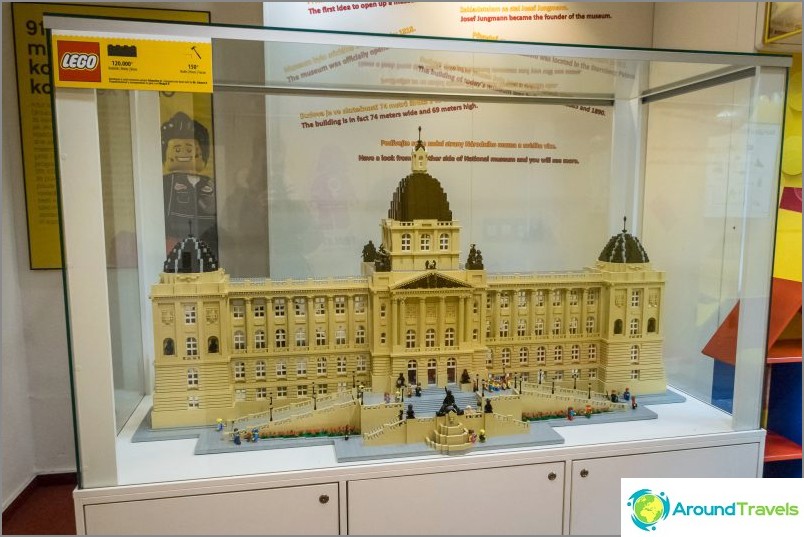 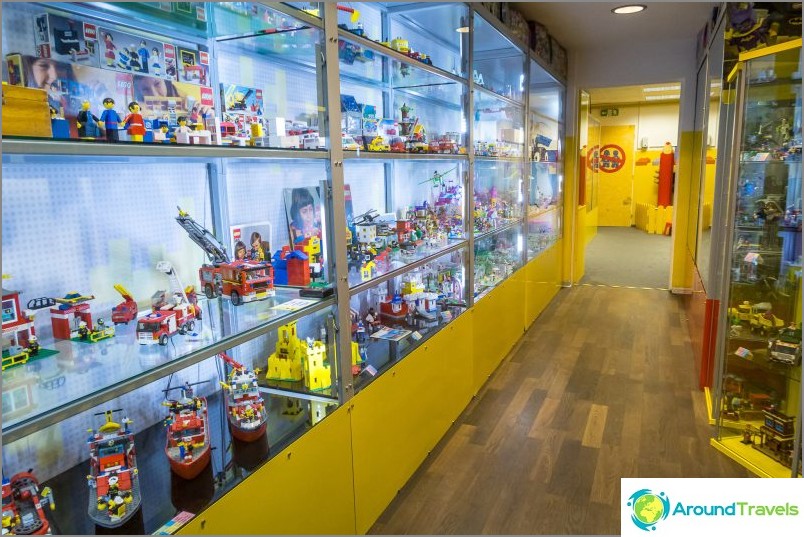 Well, in principle, you need to understand that this is a museum, not a playroom - completely different topics. And here parents take their children just to look and buy a couple of constructors, especially since some of the Lego sets are sold only in the Prague Museum.

When leaving the first exposition, which is located in the basement, it is important not to miss the turn to the room with Star Wars. There will be stickers with signs on the steps (see the photo below).

At the exit from the museum, there is a shop that sells both modern sets and outdated collectibles. But you have to be prepared for the fact that the price tag here is not cheap. The Museum can be walked in about twenty minutes, it is small. But with a child and sticking at the stands, you can easily lose from an hour and a half. 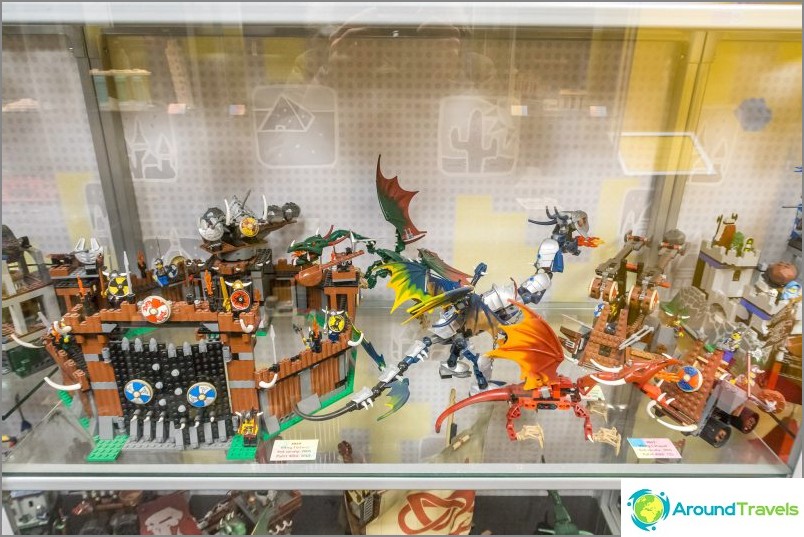 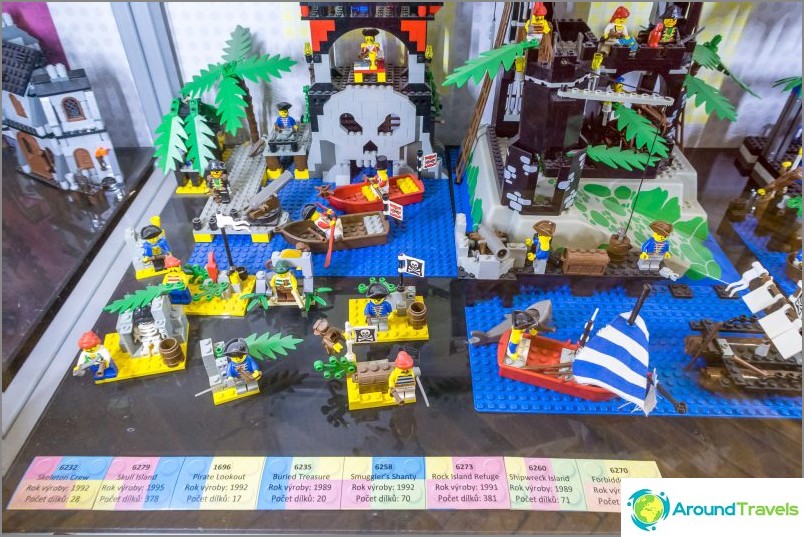 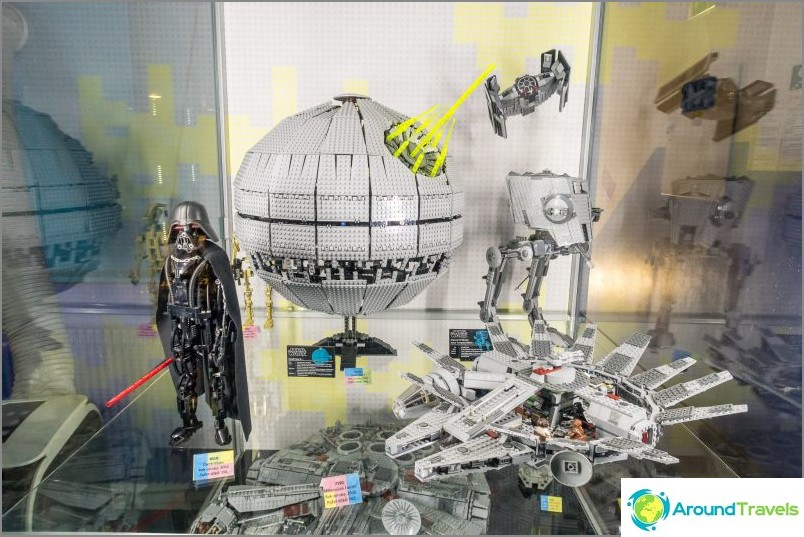 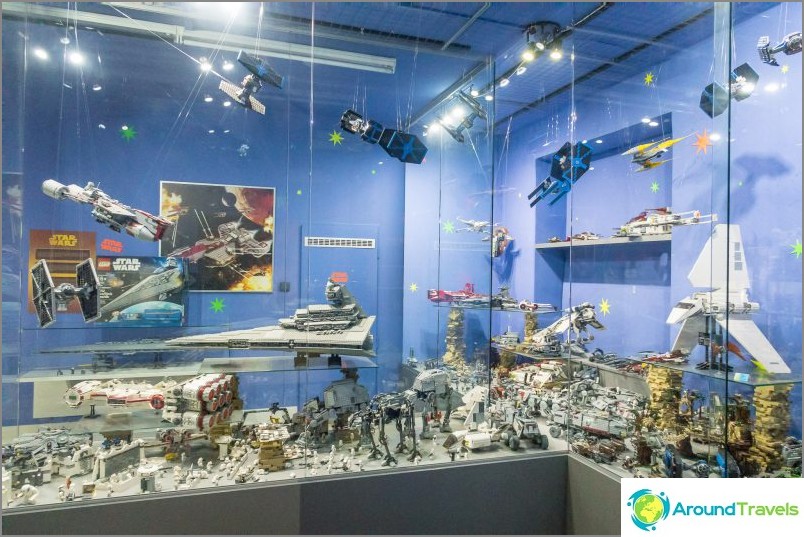 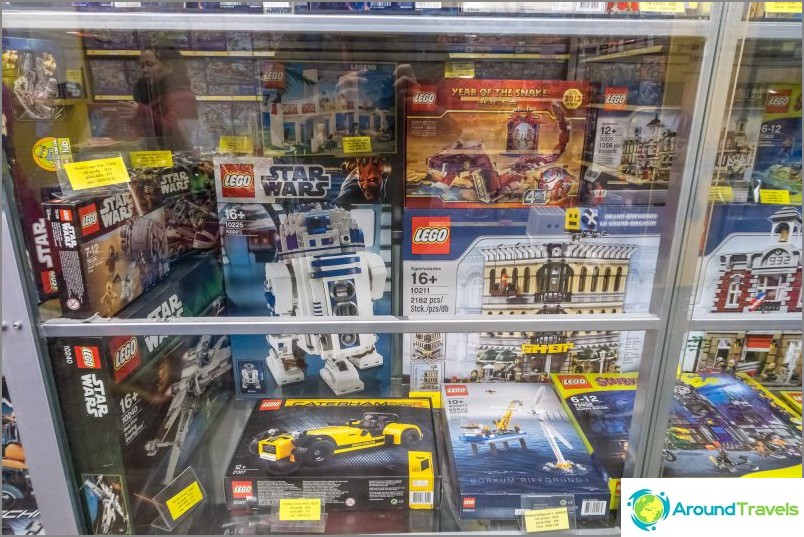 Surprisingly, there is no information about the organizer of the attraction on the Internet (even on the official website of the museum). Private person - this is how Internet resources call him.

The very history of Lego, which has been going on since 1932, had nothing to do with Prague until 2011, when a museum itself appeared in the city. Branches of which are now also in other cities of the Czech Republic. 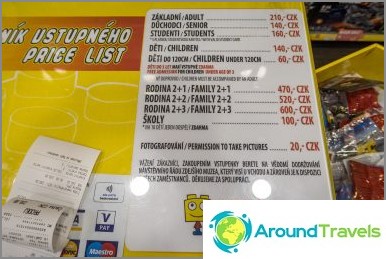 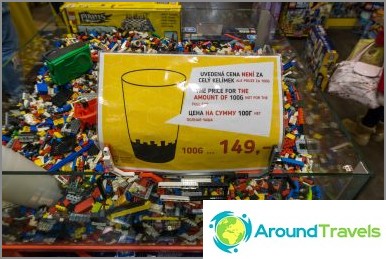 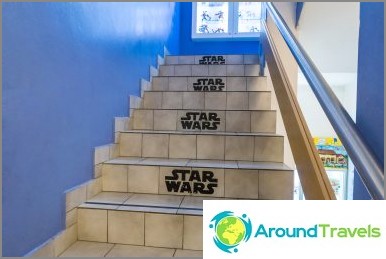 Lego Museum
Museum-exhibition, and it is also a play area for children and fans of the Lego constructor.
More about the museum.

Museum-exhibition, and it is also a play area for children and fans of the Lego constructor. More about the museum.