Many times I passed Kacha Resort while on Koh Chang, so on this visit I had no doubts where to stay. This hotel is quite popular, with a good rating in booking systems, it has a very good location on one of the best beaches on the island - White Sand Beach. It is located almost in the epicenter of civilization, of which there are not so many in Chang, but at the same time it can be quite quiet in the hotel itself. But okay, first things first.

At Kacha Resort Spa I paid 2500 baht / night for a room with a sea view (Deluxe Building).

True, the sea view came out by chance, since in this building all the rooms look at the sea, but only from the upper floors it can be seen. Considering that the hotel is positioned as a 4-star hotel, this is quite a good price. Breakfast (buffet) is included. But in general, everything very much depends on the season and type of room..

Standard rooms are cheaper, chalets (detached villas) are more expensive. I looked at the prices then even closer to the New Year and there the price was already 4000 baht for the same room. Checkout at 12 and you won't be too late, they start calling the phone number.

For example, here is a direct link to the hotel: Kacha Resort Spa .

As I understand from the reviews, it is best to book rooms in the Deluxe Building. They are the best value for money here. The room is large, modern, a window on the wall, a balcony with a view (I had a 3rd floor). The furniture is in order, I did not seem tired. It is difficult to write something else here, I personally had no complaints about the number.

Well, maybe the air conditioner is noisy despite the minimum fan speed. Normal mattress, TV, refrigerator, kettle. There is a bathroom in the shower and a separate shower, plus a full set of soap accessories. 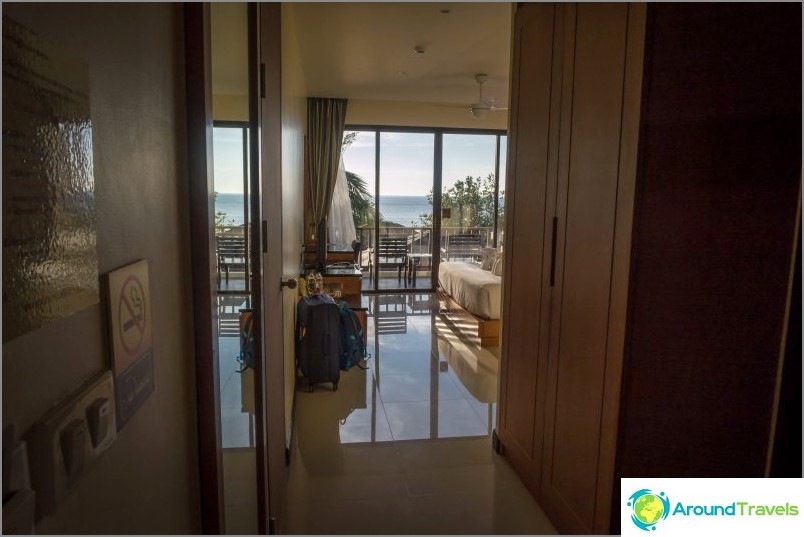 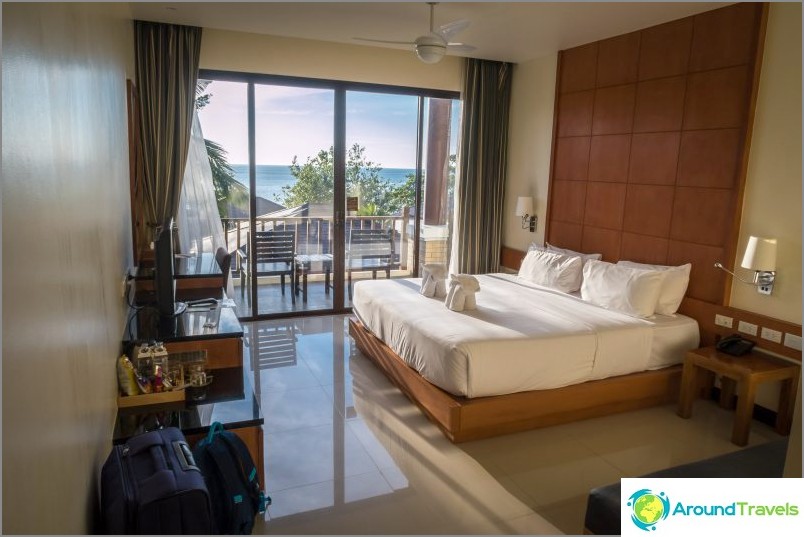 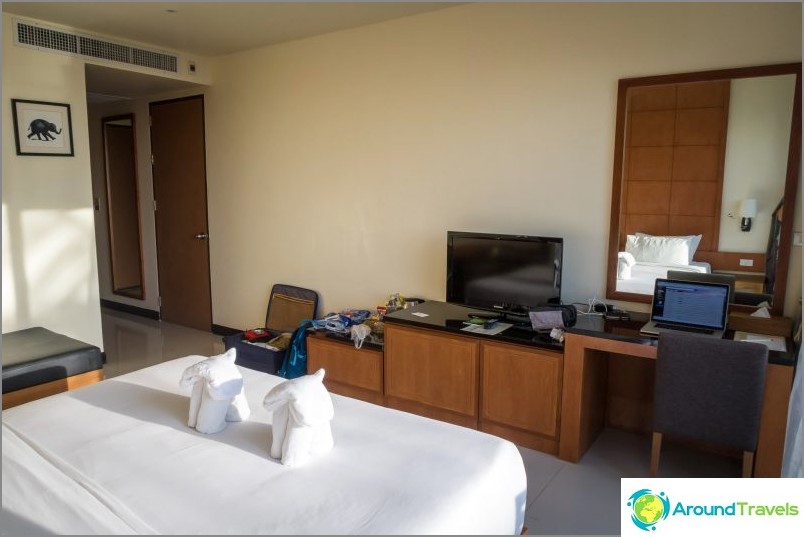 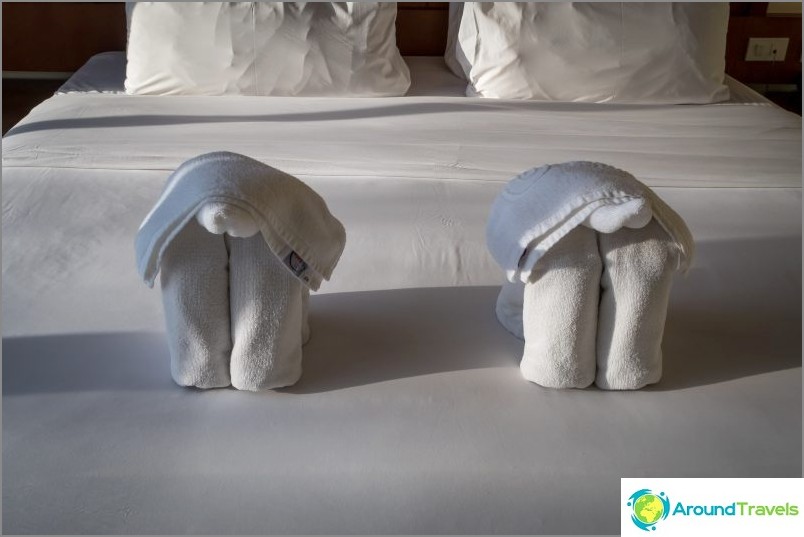 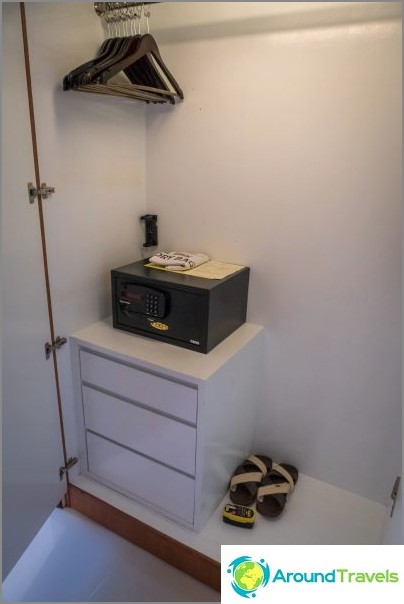 Safe in the closet 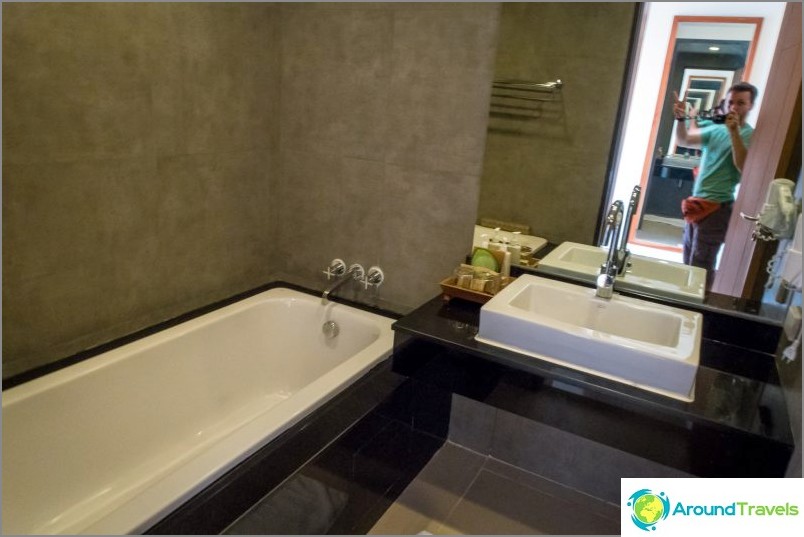 There are all soap accessories and a toothbrush 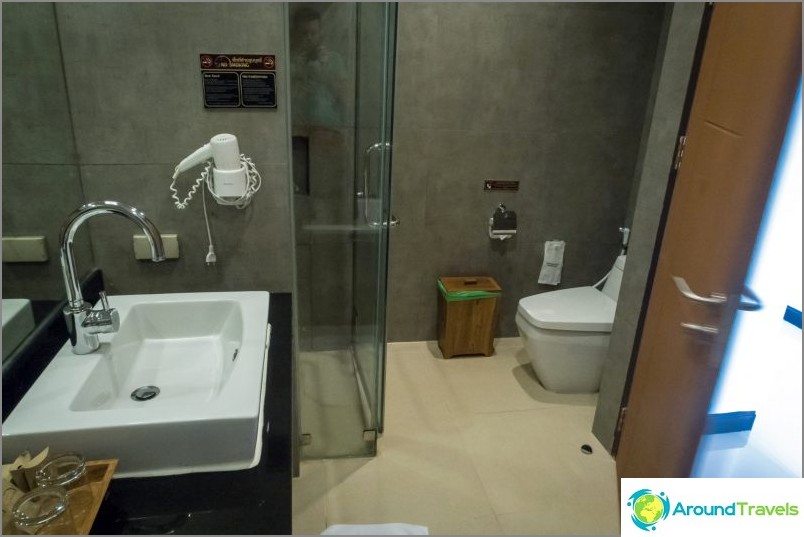 In addition to the bath, there is also a shower 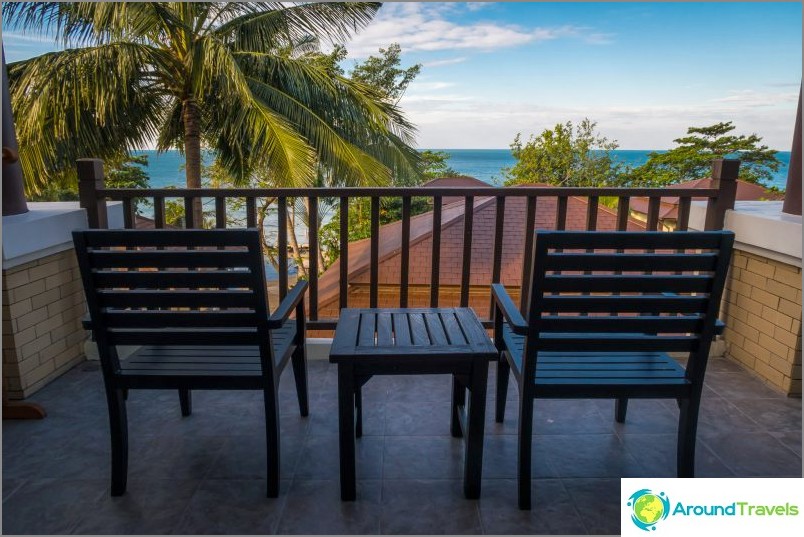 View from the balcony from the 3rd floor 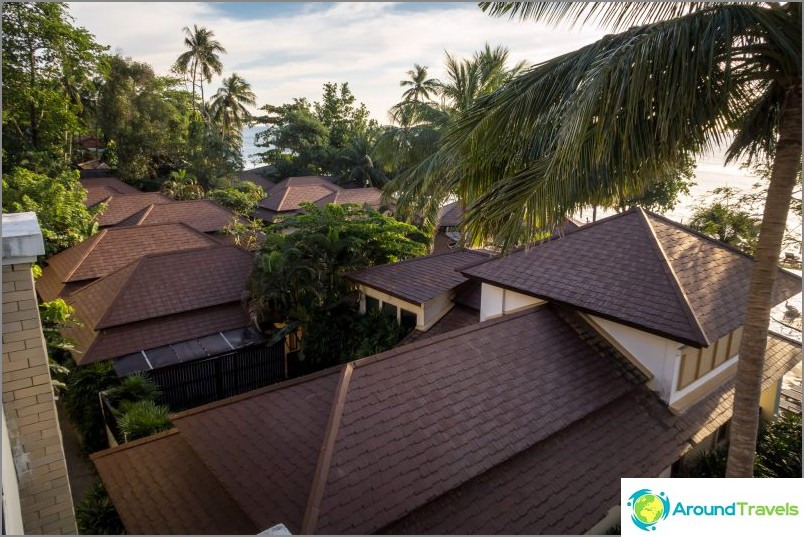 When using wifi, you have to constantly drive in the login / password in the window that appears, I don't like it when they do this. But the speed is quite normal. For some reason, at the reception, they told me that Wifi would be caught only in the lobby and by the pool, but I got it in the room too. Perhaps because the pool was visible from the balcony. 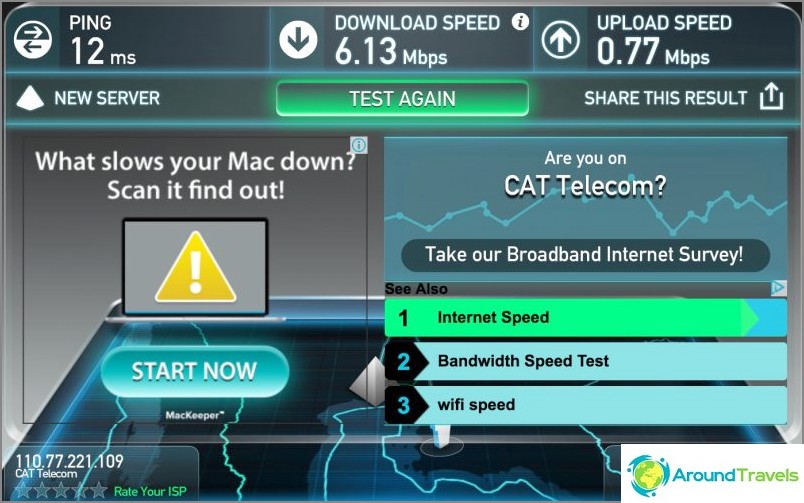 The territory and the resort itself

The whole resort is divided into 2 parts, one is located on the first line between the seashore and the road, the other is across the road. So in the part that is across the street, the Deluxe Hill Side rooms, they are a little simpler and cheaper..

In the coastal part of the resort, there are rooms like mine, the Deluxe Building, and the Chalet (4 rooms in one building) overlooking the sea and the garden. Chalets are more expensive but do not have a balcony. For me it's better with a balcony. There are also separate bungalows (villas). Both parts have a swimming pool.

In the reviews about the hotel, they wrote that there are a lot of people, including strangers, there is a straight courtyard. They say that many go through the resort to the beach, and some even swim in the pool. At the expense of the left-wing people, I can't say, they don't have my / someone else's written on them, but there are really a lot of people.

I stayed at Koh Chang on my arrival at several hotels and it was very crowded. On the other hand, it is the most popular area on the island. If you want silence, then you have to go somewhere to Lonely Beach ... And in general, I would not say that people were in my way, I did not hang out for hours by the pool.

In addition, you can always go to the other side across the road, to the second pool, and there are always much fewer people there. I suppose that outsiders do not go to that part either.. 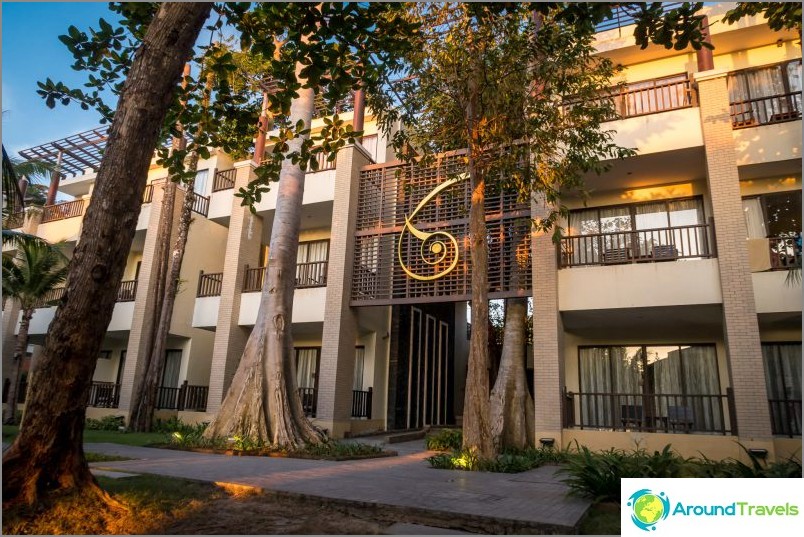 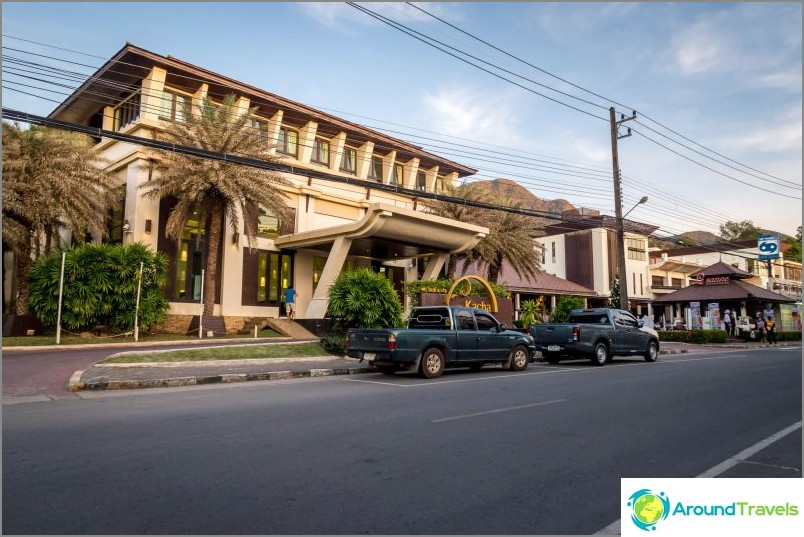 The reception is also across the road 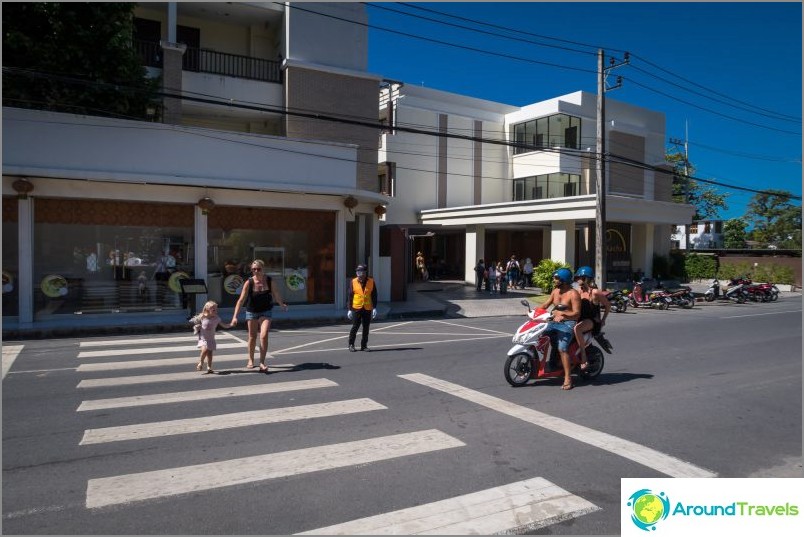 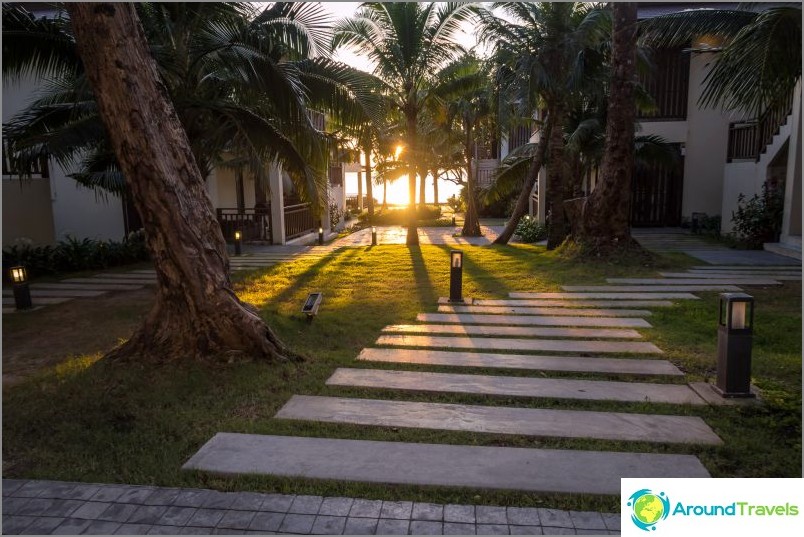 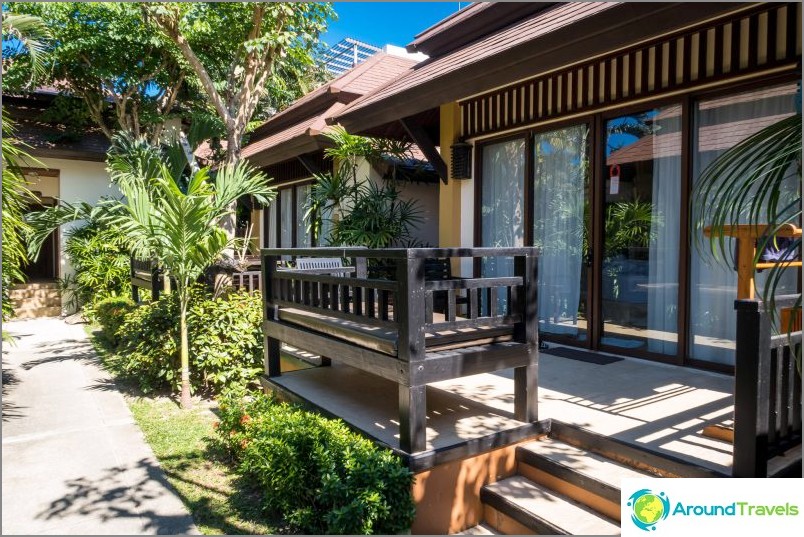 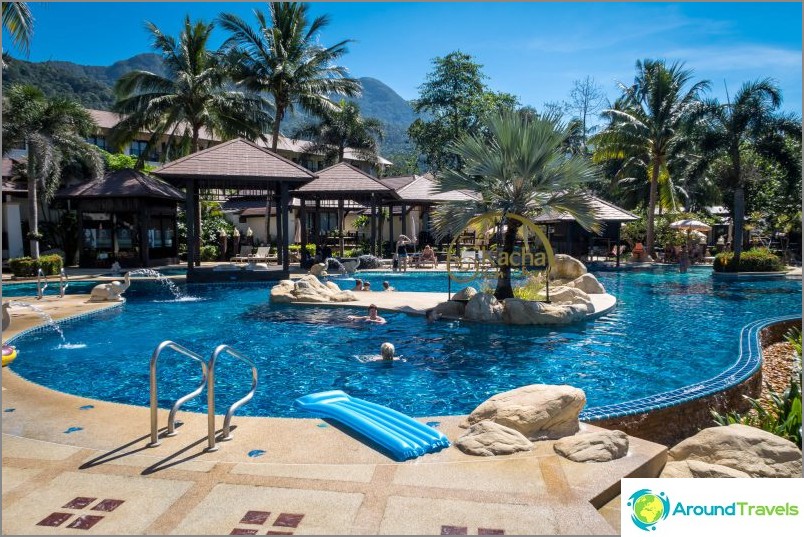 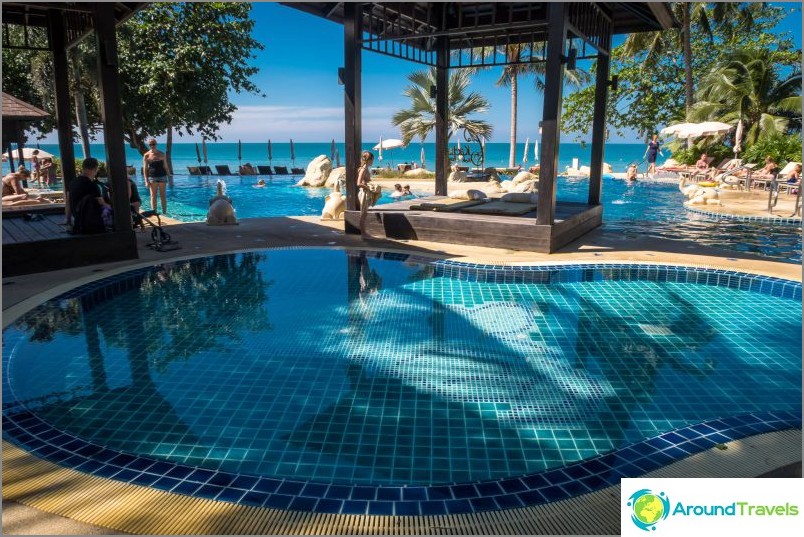 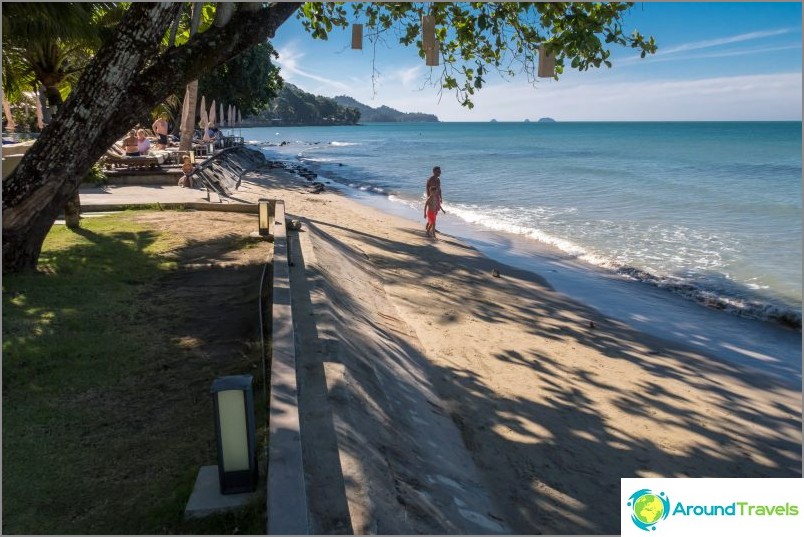 The resort is right next to the beach 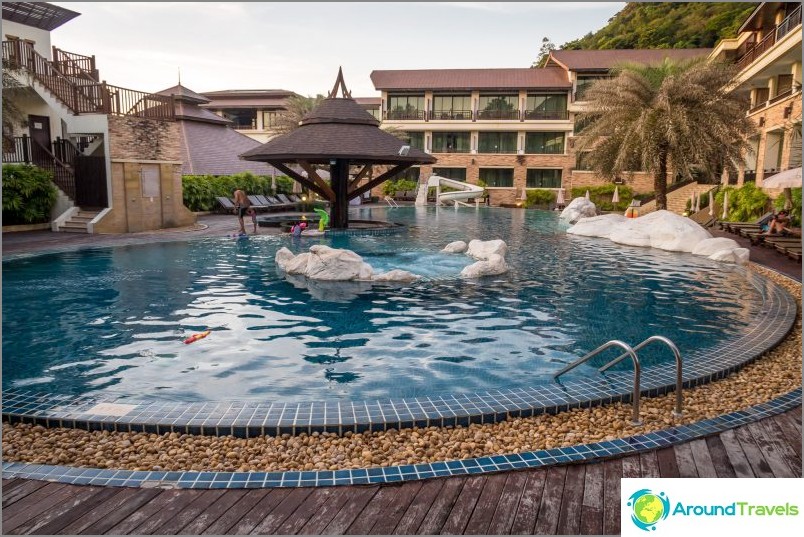 The second pool, which is across the street

Another advantage of Kacha Resort is that it has a gym. It is small, but as not the main one for the duration of the rest it will do. A pair of treadmills, several machines, and a set of dumbbells. 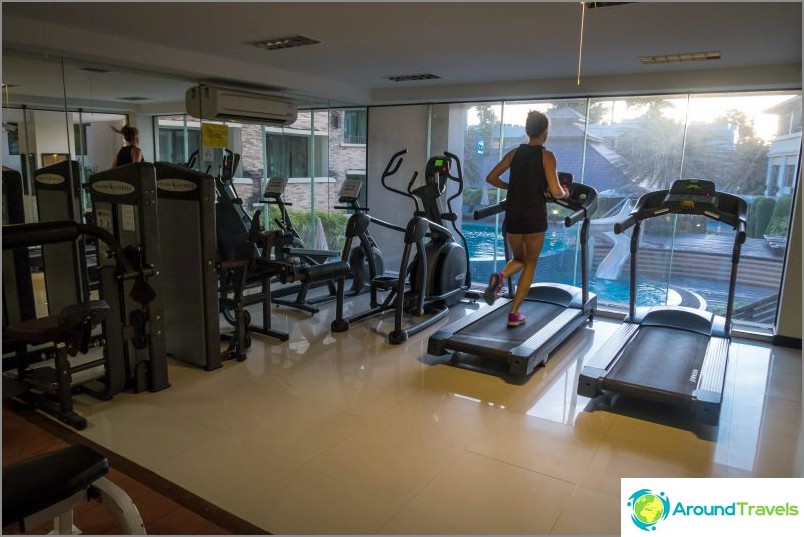 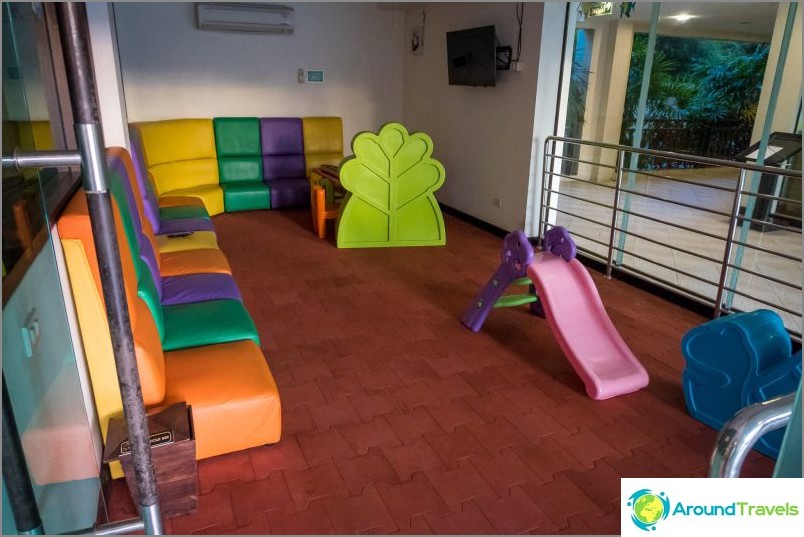 Children's room next to the gym 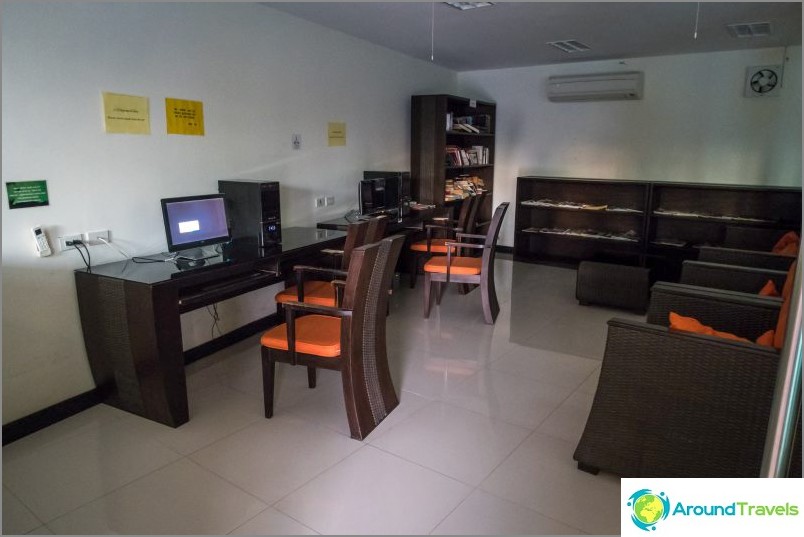 Room with computers and internet

As I said, breakfast is included. It runs overlooking the beach, the restaurant overlooks it directly. Breakfast takes place from 7 am to 10 am. By the way, just in the restaurant you can estimate the number of people, a popular resort, almost all tables are occupied. Also, people walk along the White Sendu, including merchants. Again, if you want maximum privacy, Kacha is not your choice..

But here is the largest selection of breakfast among the resorts where I have been on Koh Chang, although most of it is Thai food. Buffet. Coffee, tea, juices. Toast with butter, fruits, vegetables for salad and dressing, several types, muesli with milk. Fried rice, boiled rice, pork noodles, some kind of fried cabbage.

Scrambled eggs, scrambled eggs, boiled eggs. Fried potatoes, fried toast in egg, beans in tomato sauce, spaghetti with mushrooms. Sausages, bacon. Unfortunately there was nothing with fish or shrimp. IN Siam Bay Resort there was a fish. 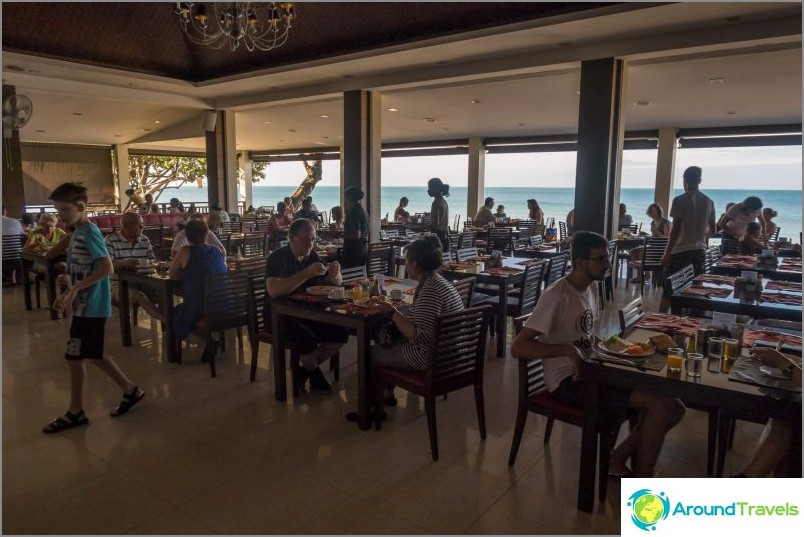 There are a lot of people at breakfast, almost everyone is busy 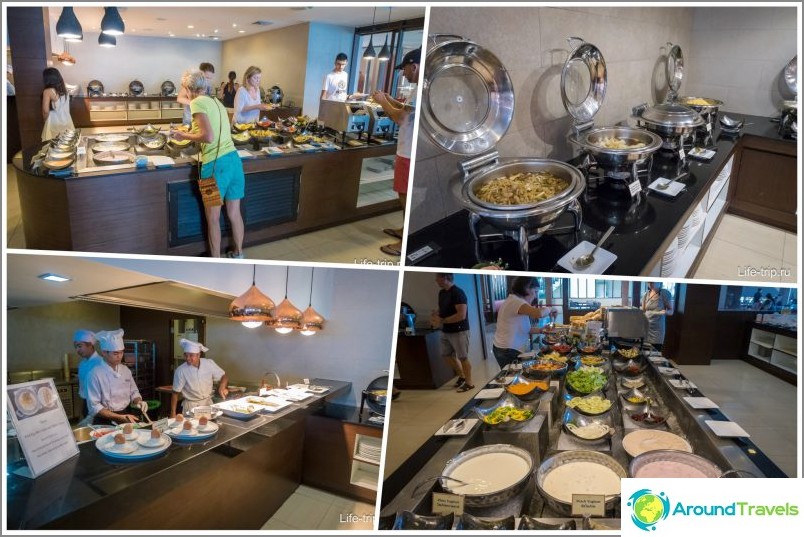 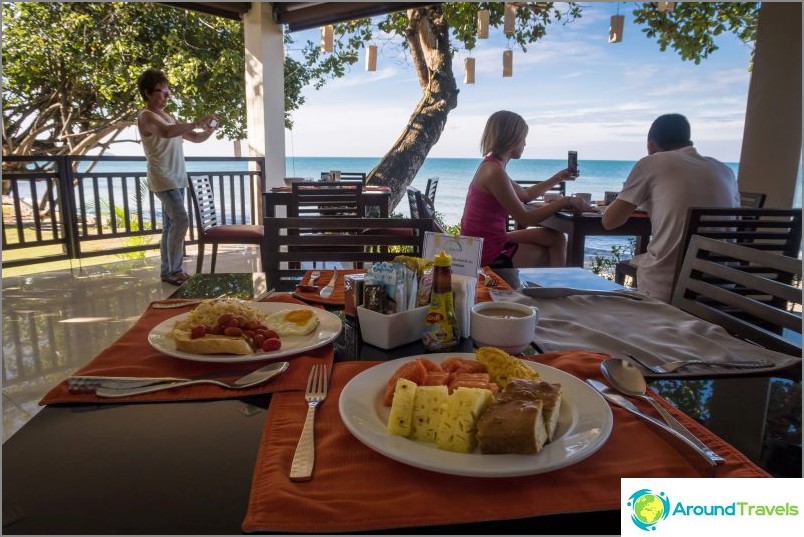 My breakfast by the sea

Kacha Resort
Nice resort on the best beach on the island. I personally liked it there.
More details.

Nice resort on the best beach on the island. I personally liked it there..

P.S. I also thought about KC Grande Resort, its rating is even higher, but it is also more expensive.