Observation deck Windmill in Phuket - at the windmill

I do not know from what angle one should look at wind generators in order to call them windmills, but the toponym has taken root among the people and even stuck on Google maps. The observation deck Windmill in Phuket is equipped with a capital structure - a gazebo with benches. This is one of the best viewing platforms on the island, though with a small parking lot (in fact, the roadside) and not always in time it is cleared of the garbage left by night bipeds. From here a magnificent view of the Isle of Man opens up, and the beaches Naiharn and Yanui.

Promthep Alternative Energy Station is the name of a power plant that produces electricity using alternative sources - wind generators and solar panels. The place for this was chosen more than well, the top of the hill here is open to all the winds and the sun. The observation deck is easy to get to, during the day there are practically no tourists, but the panoramic view is almost 360 degrees, and in the evening there are stunning sunsets. There is a paragliding jump platform next door, which only adds color to the photos, which are already extremely beautiful..

Besides the name «Windmill», the place is called: lookout with a windmill, Wind Mill Viewpoint, lookout near Nai Harn. In general, if someone talks about something like that, then you will understand what it is about. Actually, apart from the view, there is nothing else here. Downstairs, on both sides, there are 2 good bathing beaches, and a little further, another 5 minutes by bike will be Cape Promtep, where there is also an observation deck. Only there are much more tourists, as they are brought there by buses.. 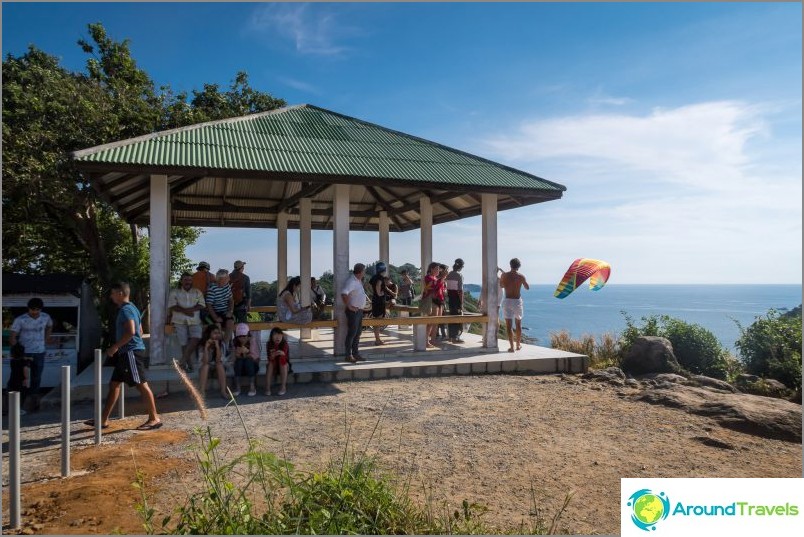 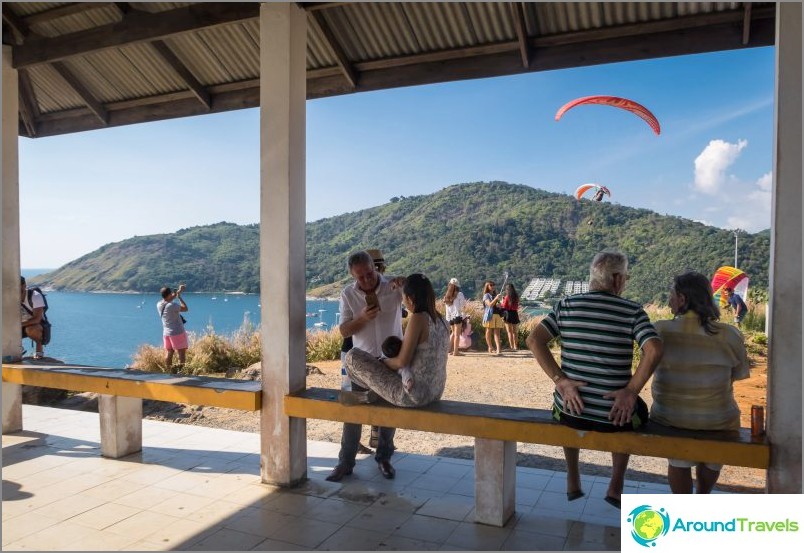 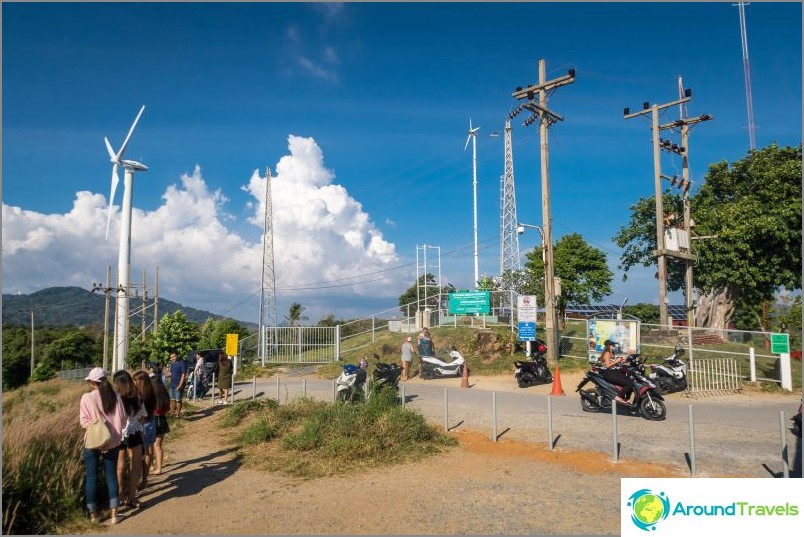 These are the same windmills near the observation deck 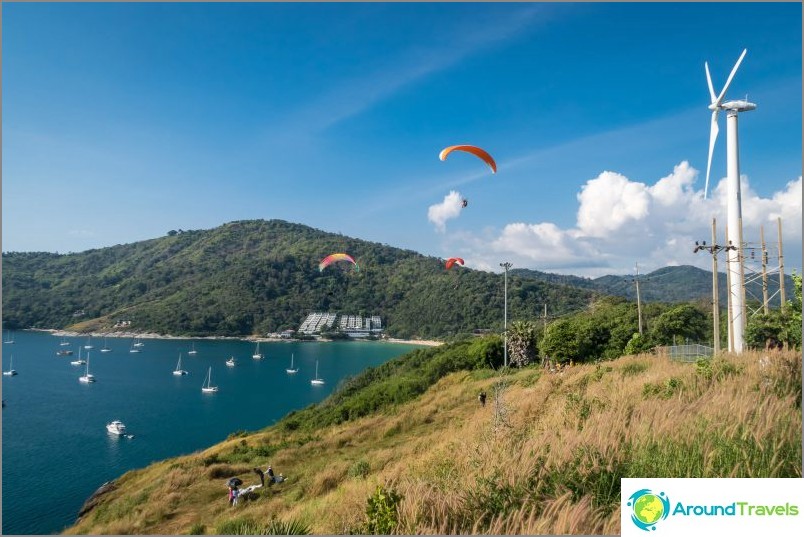 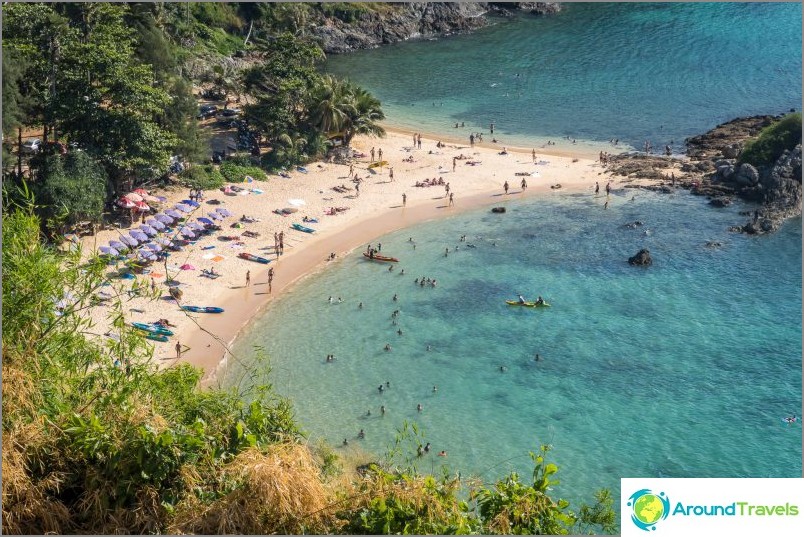 And Yanui beach in general at a glance 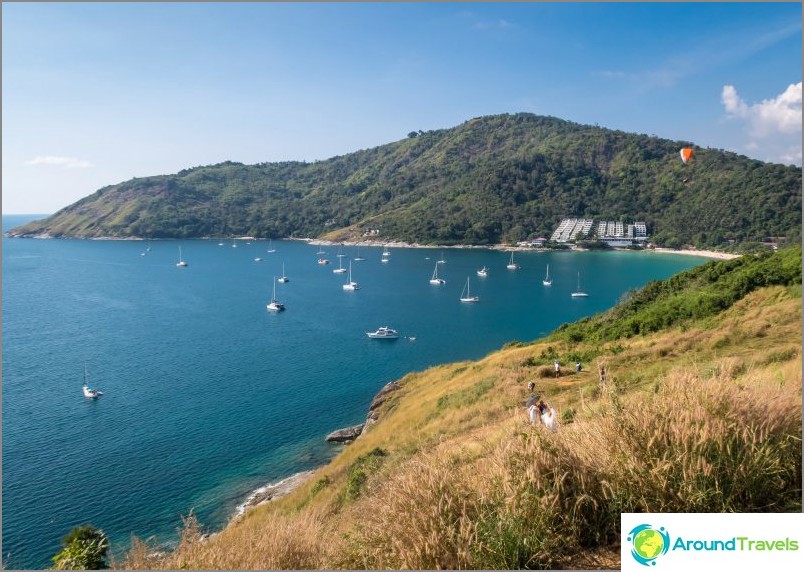 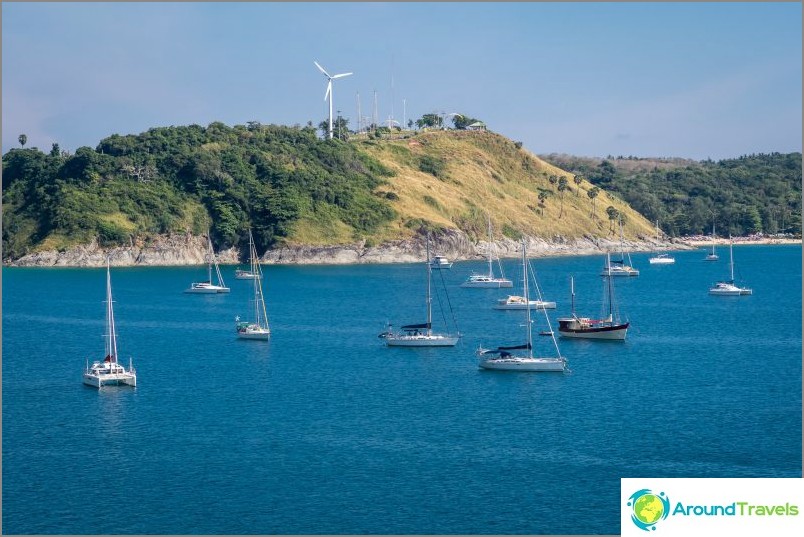 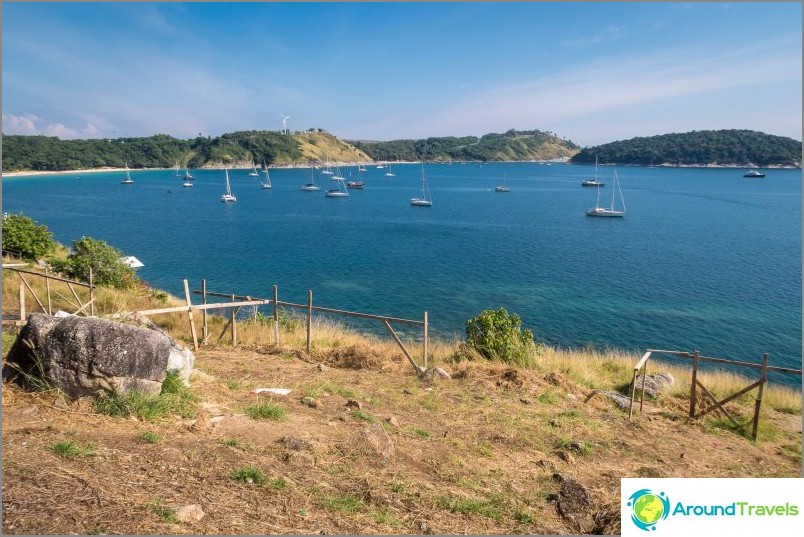 The attraction is open 24 hours a day, admission is free. Sometimes included in a sightseeing tour of Phuket, you can thus see this observation deck.

There is a paid parking for those who come by car, a toilet and stalls with goodies. Paragliding starts from 1000 baht. Although the last time I saw a sign there that paragliding is prohibited.

Lookout with windmills
Wind Mill Viewpoint. The observation deck is located next to the windmill and is equipped with a concrete gazebo and steps. From here a good view opens up both in the daytime and at sunset. There are few tourists in this place, you can enjoy the views in seclusion.
More about the observation deck. 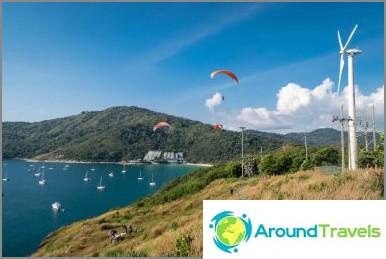 Wind Mill Viewpoint. The observation deck is located next to the windmill and is equipped with a concrete gazebo and steps. From here a good view opens up both in the daytime and at sunset. There are few tourists in this place, you can enjoy the views in solitude. More about the observation deck.