Southern Cultures Park in Adler - photos and how to get there

I drove to Southern Cultures Park right after Olympic Park, not far there. A wonderful place to be in nature and have a little break from the bustle of the city. If I moved to live in Sochi, then I settled somewhere in this area, the ideal location: a park with trees, a not crowded beach, Olympic venues (you can ride a bike and rollerblades there), the road to Krasnaya Polyana. Okay, I'll tell you about the park itself.

This park is part of Sochi arboretum. In the opinion of the layman, there are much fewer outlandish plants here, so I would regard it simply as a good park. Moreover, there are very few plates with the names of plants, and the price allows you to come here often, like in a regular park. The territory occupies 11 hectares, you can go around them slowly in an hour, or even less if you do not walk in circles. There are only two levels, upper and lower, I entered from the upper (it is small) and thought that this was the whole park, but it turned out that the main part is exactly the lower one. Only now work is underway there, so some of the paths are not comfortable for baby carriages because of the still unrolled gravel, there are open wells, workers are walking around, it is not possible to walk everywhere. In October 2015, I was told that they had to finish by the new year. The park promises to be even prettier than it is now, look at the photo. Entrance to the Southern Cultures Park 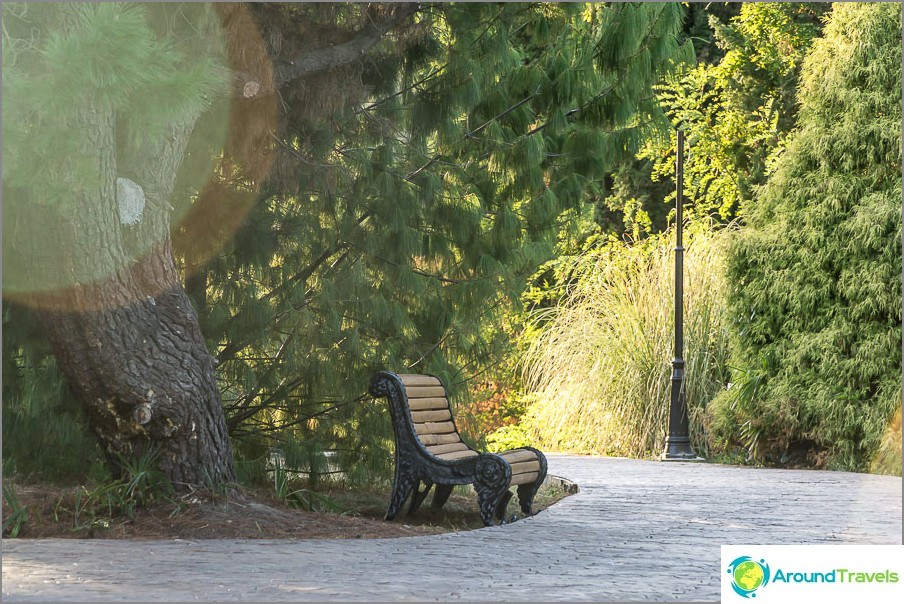 The upper part of the Southern Cultures Park 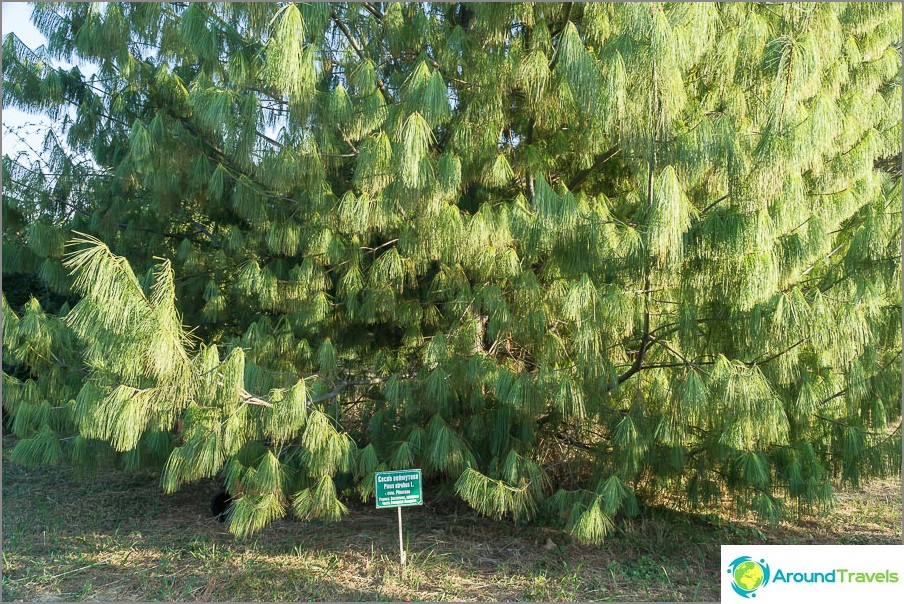 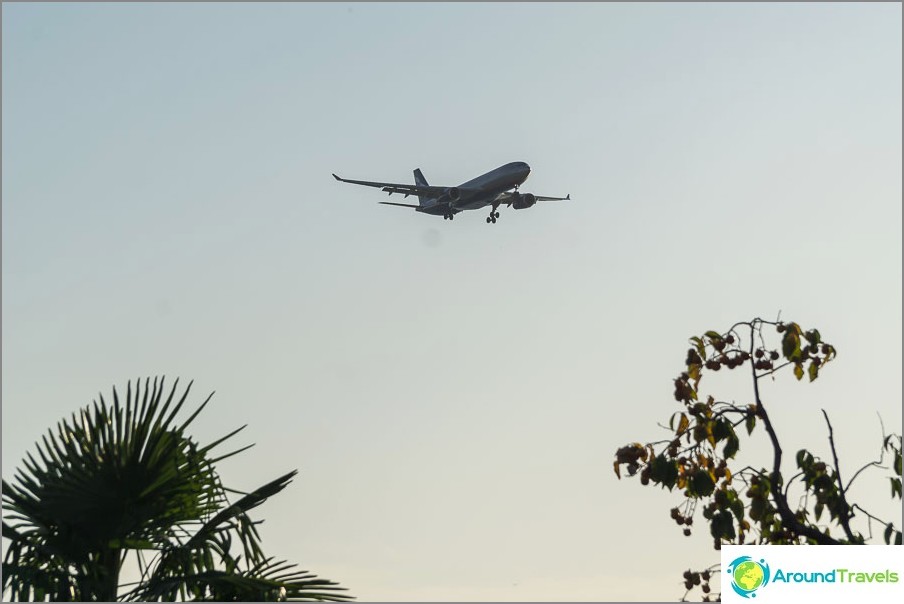 The airport is nearby and you can catch planes 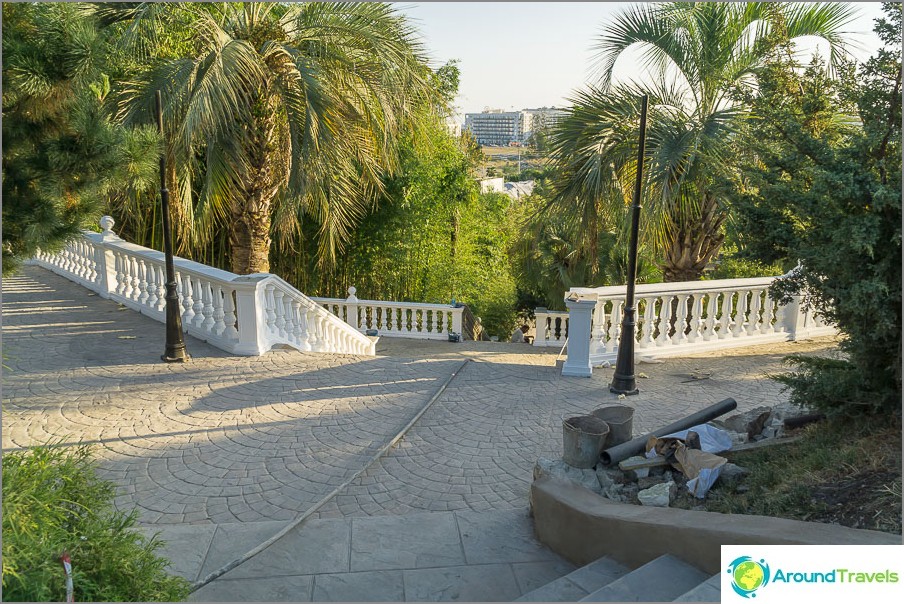 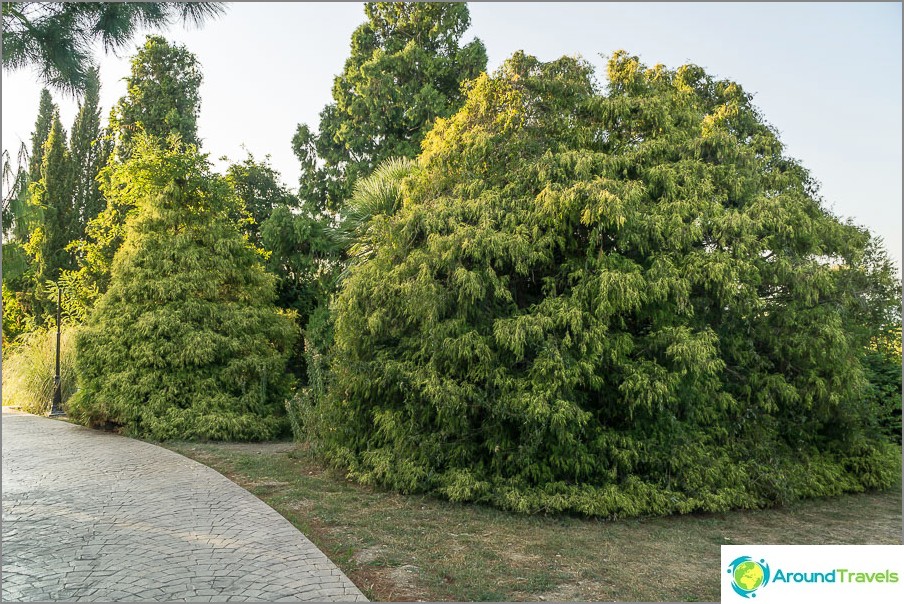 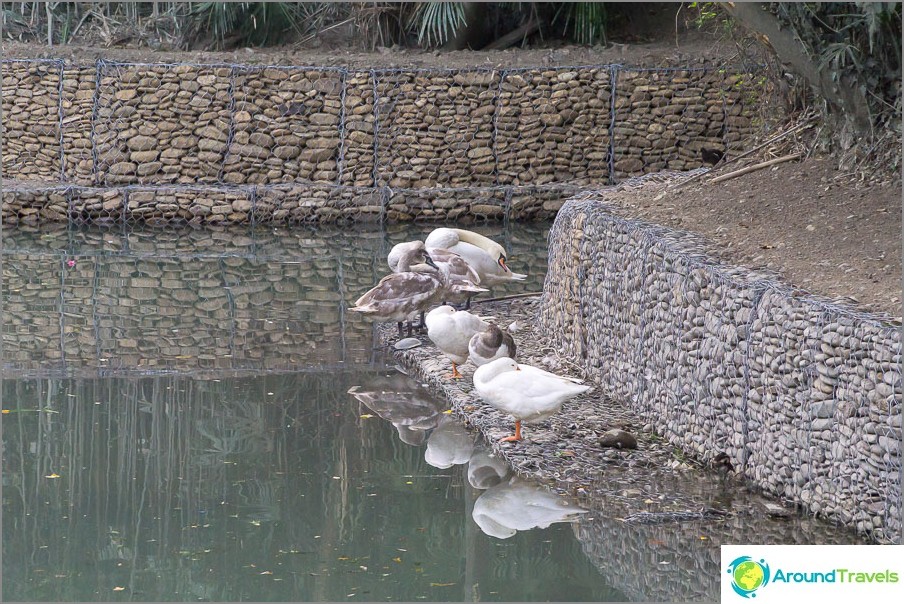 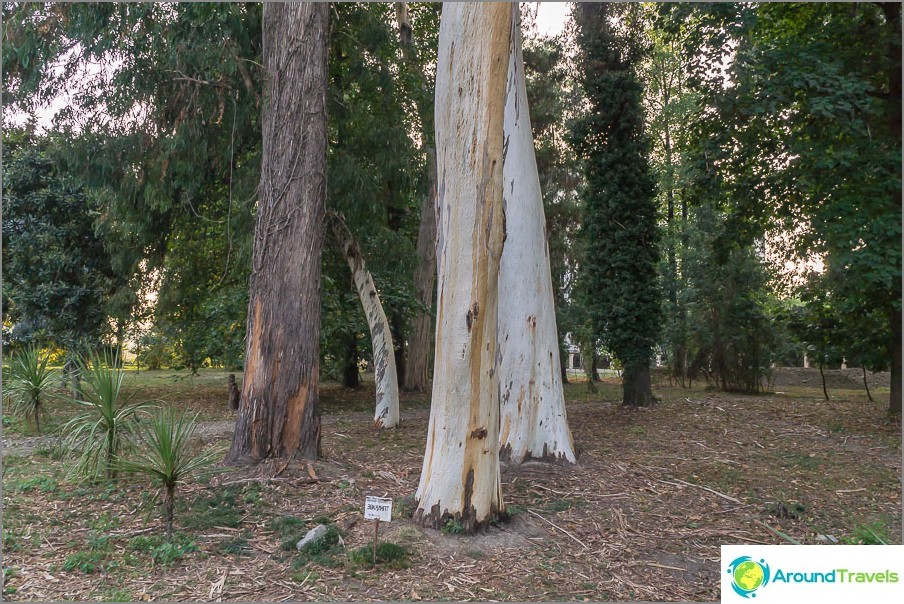 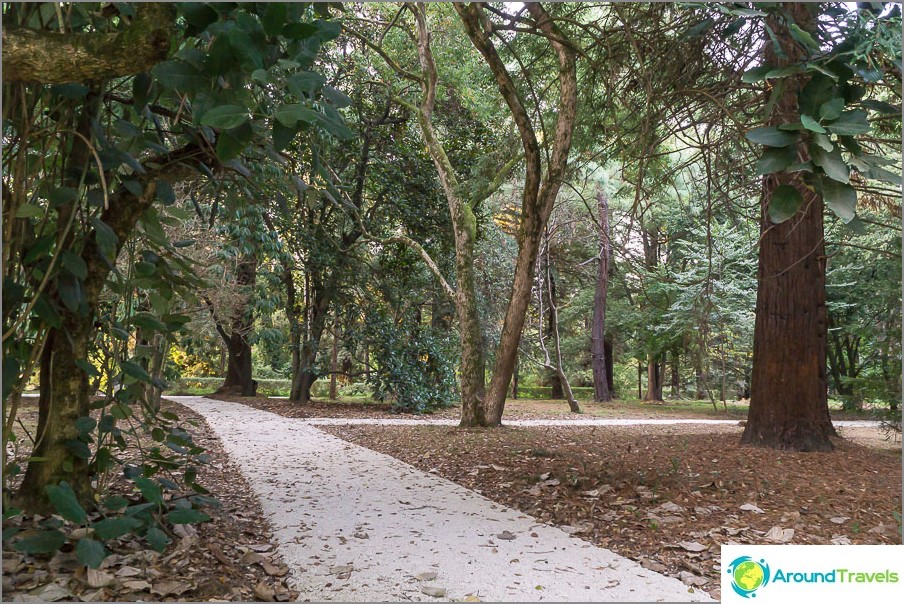 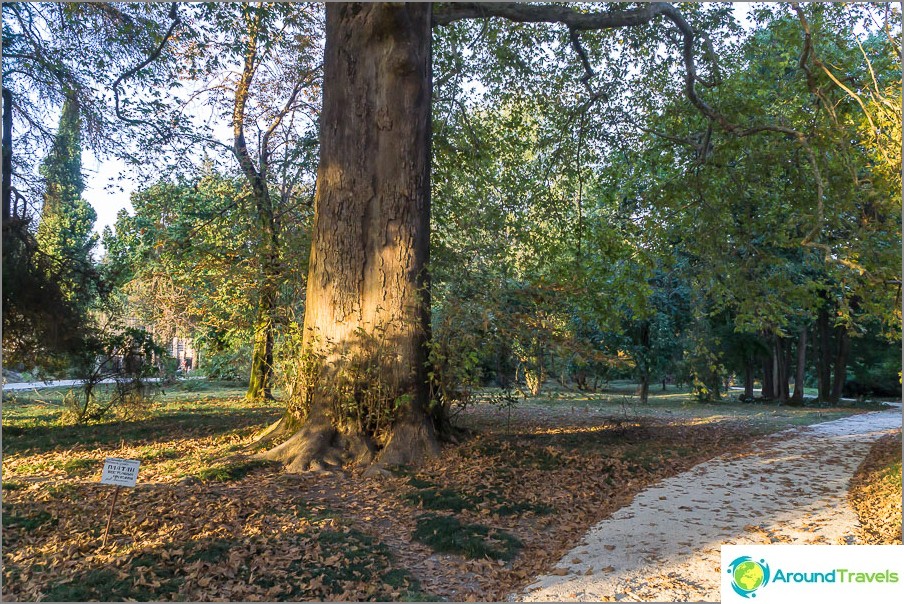 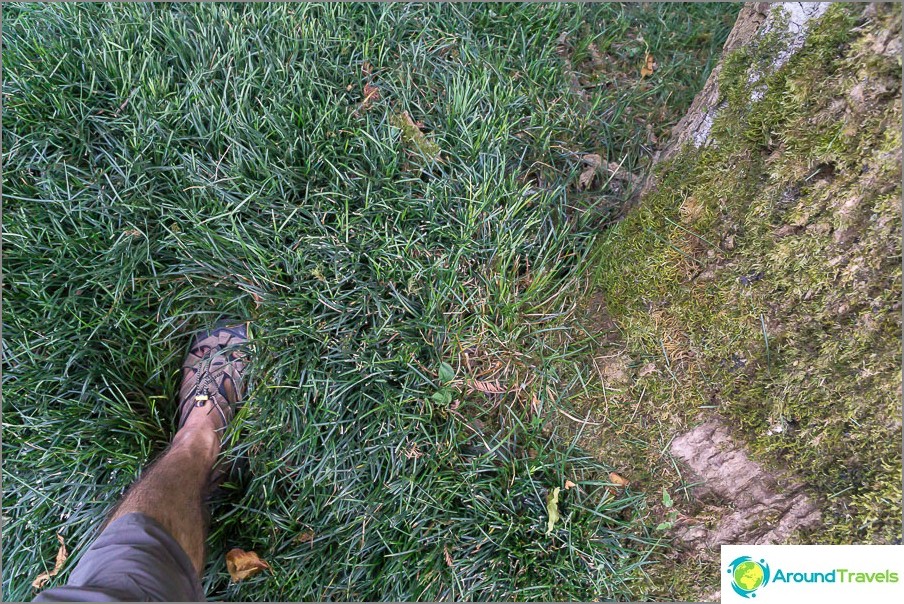 Stunningly soft grass, you drown in it 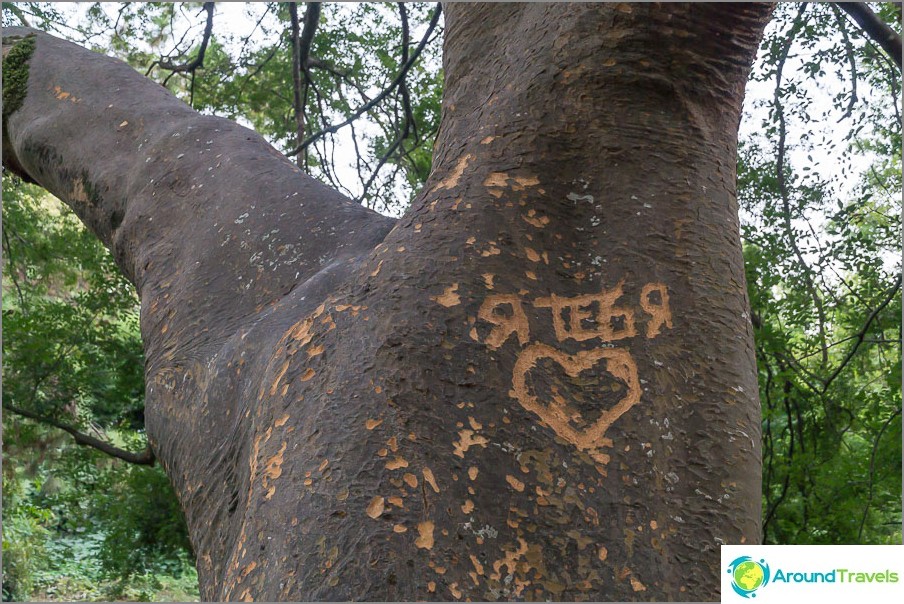 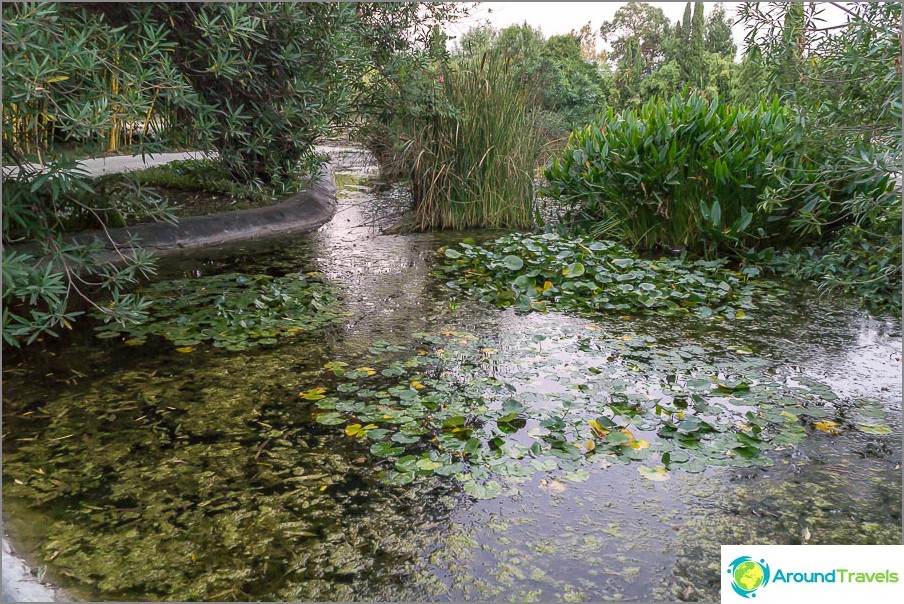 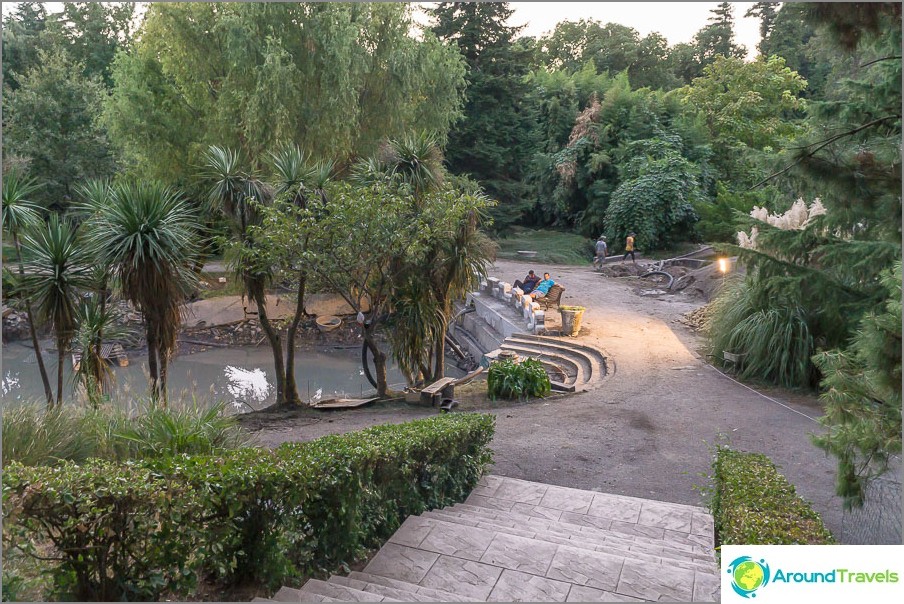 Soon there will be a cascade of refined ponds

Recently, I have always tried to visit the arboretums, in my opinion, this is the best city attraction. I like to walk along the paths of the park and look at plants that are not quite familiar to the look. However, you shouldn't expect something special, especially if you are indifferent to nature..

The park «Southern cultures» is located in Adler, near the confluence of the Mzymta River and the Black Sea. At the beginning of the twentieth century, there was the estate of General Drachevsky, for whom the landscape architect Regel created a project of a beautiful landscape park with a regular parterre in the depths, ponds, stairs, straight as an arrow avenues and a network of paths. Regular and landscape parts of the park, located at different heights relative to sea level, are separated by a system of ponds. In different zones of the park, coniferous and deciduous trees, shrubs, bamboos, palms and other exotic tree species grow in groups. The park also has alleys of Himalayan cedar, fir, eucalyptus. There are islets on the pond of the park, connected by bridges.

After the revolution, the estate was nationalized. In 1920, the park became part of the Random state farm, and a few years later it was named «Southern cultures». In the 1930s, Professor Artsybashev brought plants from different eastern countries that supplemented the collection of decorative exotics in the park: Japanese cherry, finger maples, camellias, rhododendrons. In the 1950s, a eucalyptus alley appeared in the park. Later, the park was little occupied, it fell into disrepair, some trees died. The park was hit twice by tornadoes. Now the park occupies about 11 hectares of land. In November 2008, its reconstruction began. Right now, restoration work is underway in the park, after which the park will become much more convenient and attractive for walking..

Entrance fee - 120 rubles, 60 rubles for children (7-14 years old). Free after 18 hours.
Opening hours - around the clock and every day. I was leaving already in complete darkness and the gate was open, I don't know if they are closing it. The ticket office is open from 9 am to 6 pm.

Southern Cultures Park
A good park, or rather an arboretum. Entrance 100 rubles, after 18:00 free. More about the park.