The culture of Singapore is inconceivable without the influence of Indian culture. Indeed, in addition to Chinese and Malay culture, Indian culture also plays an important role in Singapore. Sri Veeramakaliamman Temple is one of the oldest temples in Singapore. It's in Little India.

The Sri Viramakaliyamman temple is dedicated to the goddess Kali - the cruel incarnation of Shakti and the wife of the god Shiva, Parvati. Temple name «Veeramakaliamman» translates as «Kali is fearless, fearless». This is a very colorful attraction that you should definitely see. The temple is considered one of the oldest temples in Singapore.

The inside of the temple is very beautiful. Everything sparkles with gold and multi-colored paints. Many unusual, bright and beautiful sculptures of Indian deities. The scent of incense, jasmine and candles fills the entire room. Since the temple is dedicated to the goddess Kali, then, of course, her statue occupies the central place in the temple. Kali is depicted as a warrior with numerous arms and legs. In each hand the goddess holds a weapon of war.

In many of the images Kali is shown from the dark side. She wears a necklace of skulls, holds severed heads in her hands, and a belt of severed hands on her hips. Everything here is symbolic. But the sight is terrible. In India, the goddess is revered and loved despite her frightening appearance. After all, Kali is considered a protector from evil forces, and her weapon is aimed at maintaining life and good. There is also a statue of Kali with his sons - Ganesha and Skanda (Kartikeya), a baby god riding a peacock in the temple. Here Kali appears as a loving and caring mother..

If you are lucky enough to get to the temple on the day of the holiday, then you will become a witness, and, if desired, a participant in the celebration. India is a country of bright colors and wonderful aromas. We got to one of these festivities. Having entered the temple, we became part of a noisy event filled with positive emotions. There was some kind of holiday, people dressed up a buffalo, made offerings, sang, recited mantras, played musical instruments and worshiped deities. 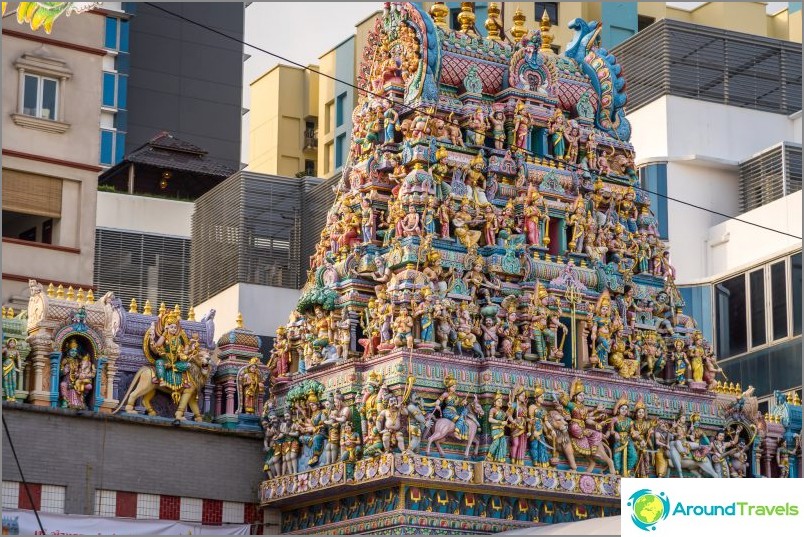 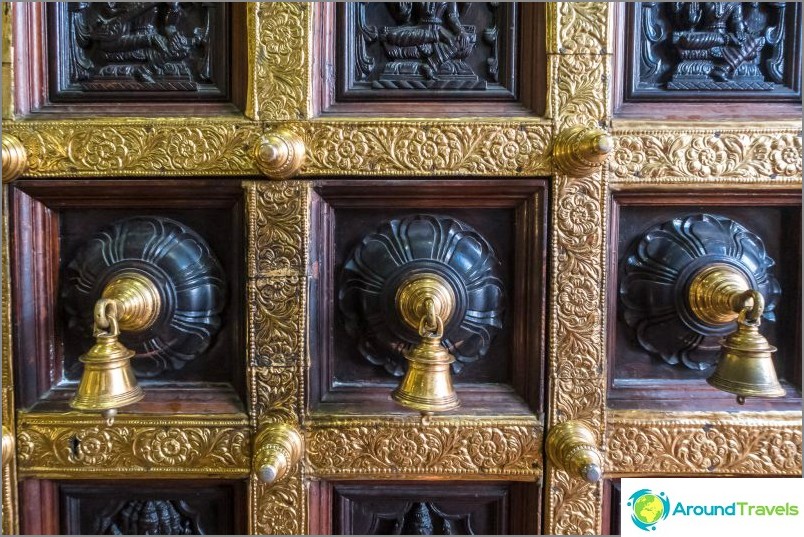 The bell to ring to greet the gods 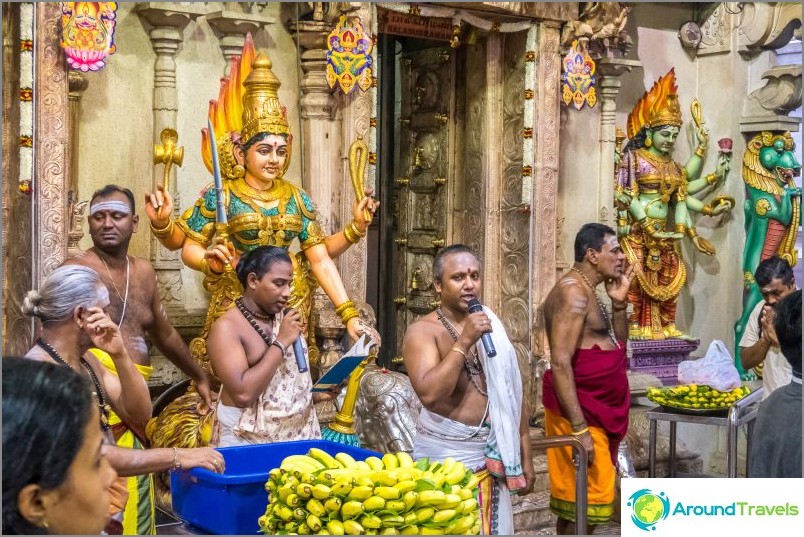 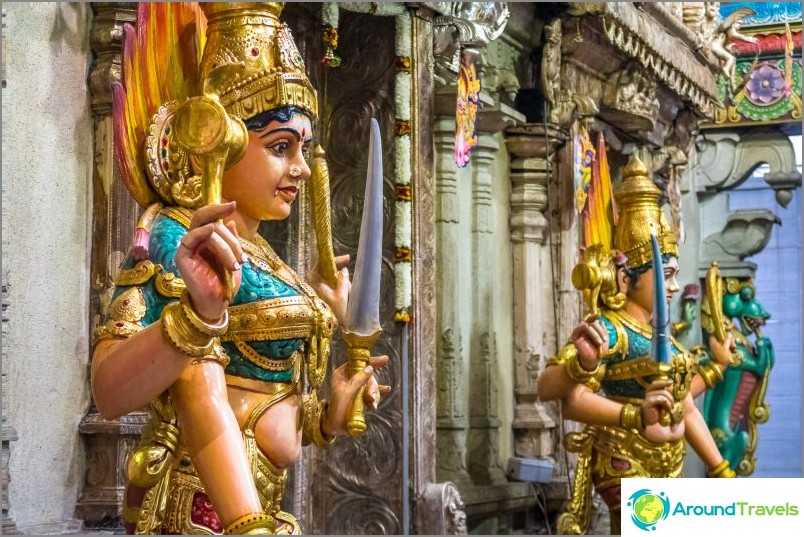 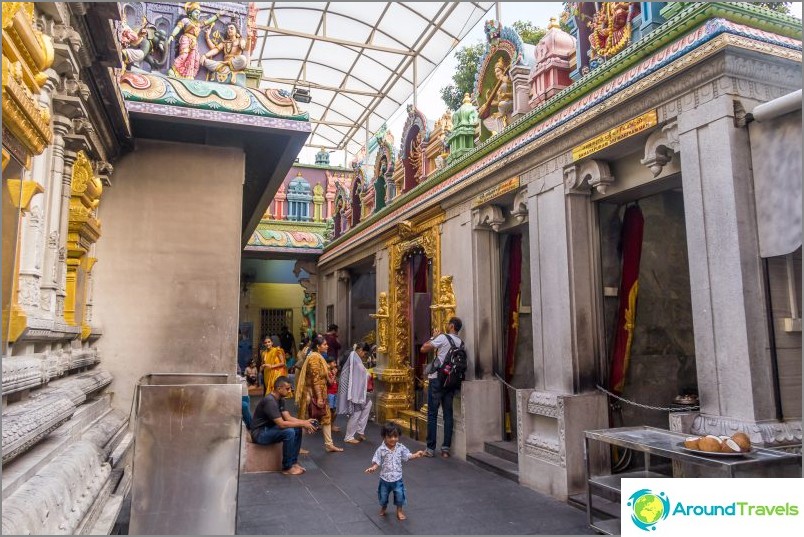 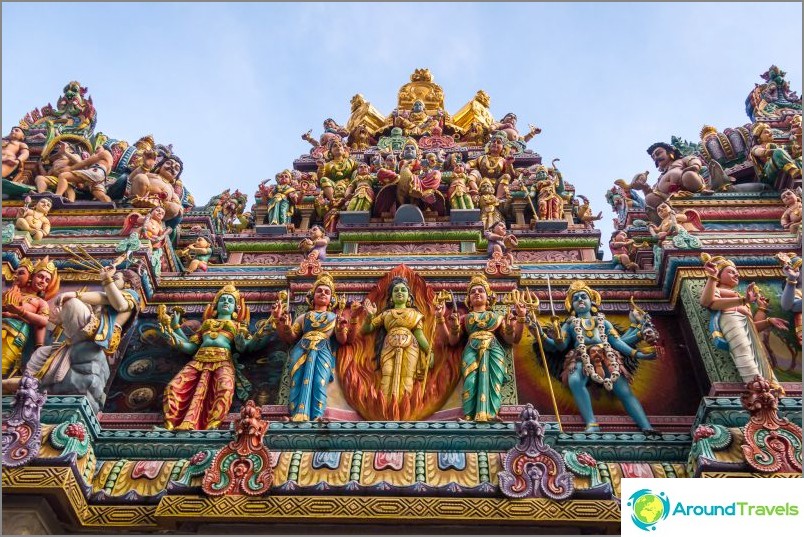 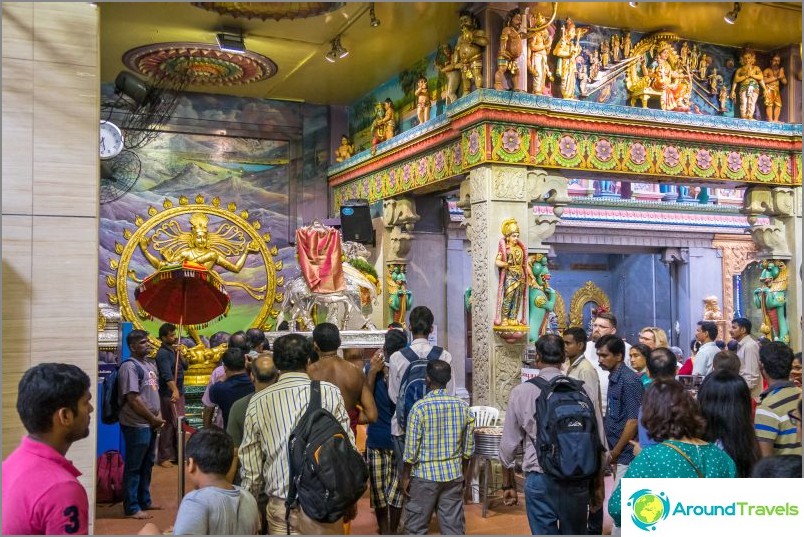 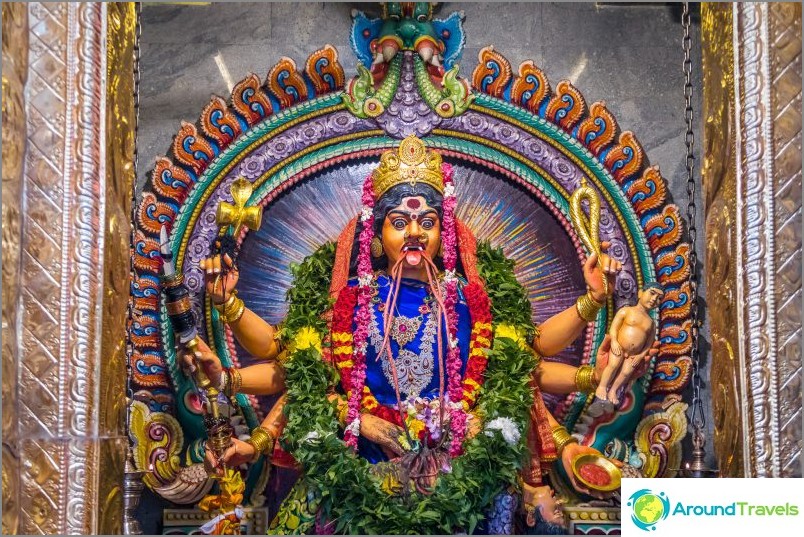 Statue of the goddess Kali 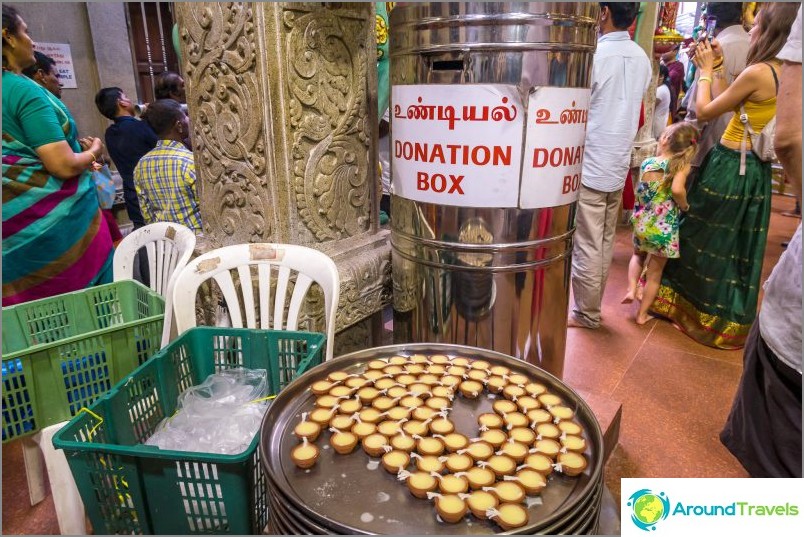 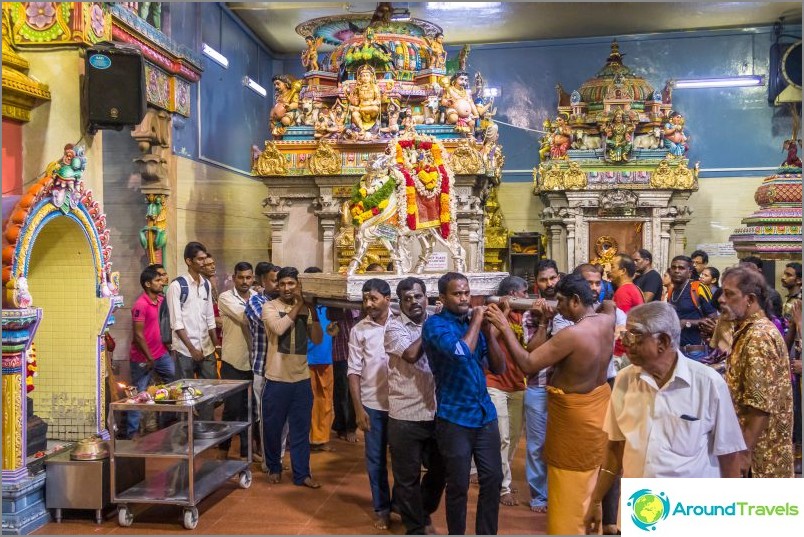 We got to the temple during some kind of ritual 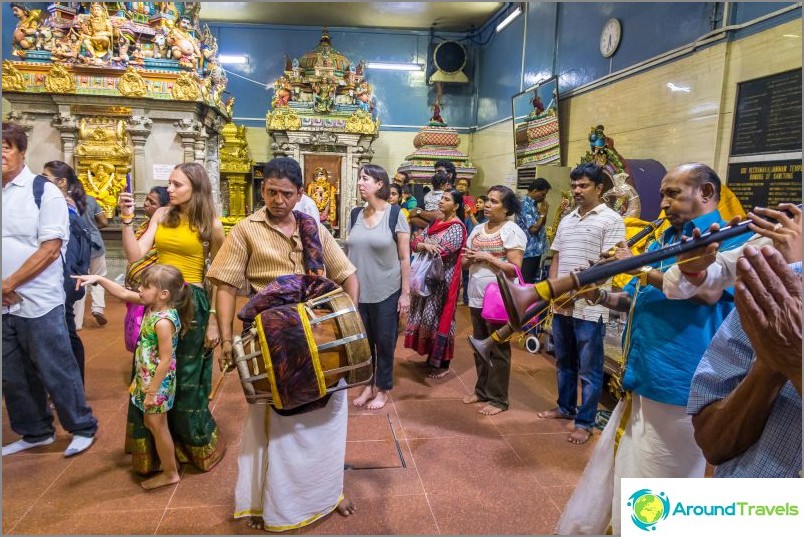 A bell hangs at the entrance. Everyone who enters, according to tradition, should call him, greeting all the gods. Entering the temple, you need to take off your shoes and leave them on special racks, wash your feet under the tap (available at the entrance).

Women with bare legs should wear a national skirt, which can be taken from the basket at the entrance. Women during menstruation are not allowed to visit the temple, this is information for believers.

You cannot sit with your back to the altar and you cannot stretch your legs in the direction of the altar. Do not touch cult objects, statues, and temple servants.

There are not so many rules, and they are easily achievable. While in the temple, you need to respect other people's traditions and features of religion.

The temple is open daily and seven days a week from 08:00 to 12:30 and then from 16:00 to 20:30.
Tuesday and Friday are considered sacred days, so the church is especially crowded, but you can get to some interesting service. If you want to explore it in more privacy, then you should choose another day of the week.. 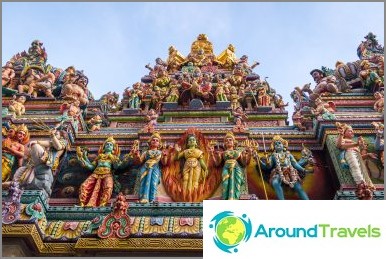