Not as big as Wang Sai, but widely known even among beginners, and one of the most visited waterfalls in Koh Phangan. On the island, in principle, there are not so many of them to sort out between large and small waterfalls, so if you are a fan of this kind of attractions, make sure to plan a visit. Paradise on Phangan is, in fact, a stream flowing down from the top of the mountain. In places of strong soil erosion, rocks were exposed, and an artificial dam was created in the lowest part, in which you can swim. And a minute walk from the font there are several bungalows for living for ridiculous money in Spartan conditions.

I don't know who called it a paradise waterfall, but I completely agree with the author of the toponym - the place is cozy and inexplicably sinks into the soul instantly. It is worth going here, first of all, in order to swim in fresh water. Water falling from a great height, you will not see here.

When looking for Paradise, keep in mind - there is no sign on the track that will lead you by the handle to the parking lot at the end point. To find the Paradise Falls in Phangan, you have to use the navigator map on your smartphone. The most important thing is to find the exit point from the main road, then drive uphill for 5 minutes along a rather uneven dirt road, which in some places was even reinforced with concrete.

The path frightens many with its unkemptness, and people abandon equipment on the side of the road, preferring to climb on foot, but I'm not one of the shy ones. The path ends with a parking lot and a resort of ugly bungalows, in which there is a cafe with Thai food (aka office and reception). The parking lot, it should be noted, is not the largest, with a pile of rubbish and an uneven surface. The motorbike must be parked carefully so that it does not collapse on the slope and soft branches. By car, I would not dare to stick here either, it's too narrow. 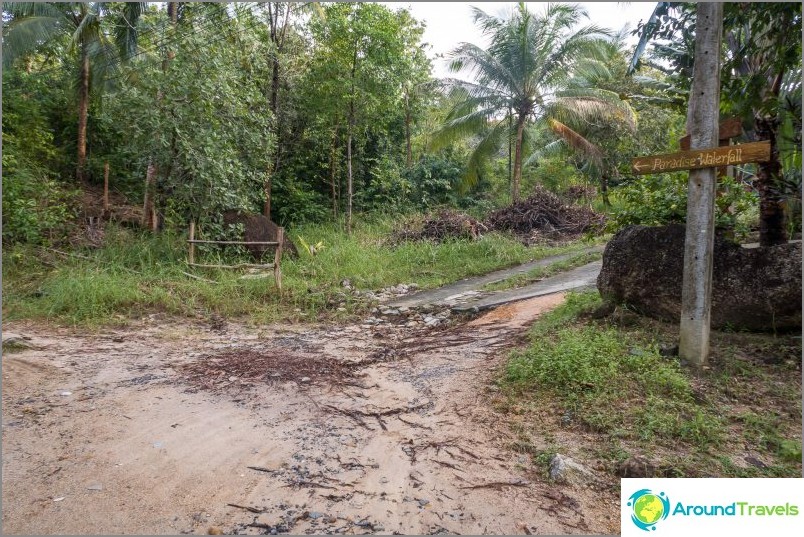 The pointer does not hang on the main road, but along the way 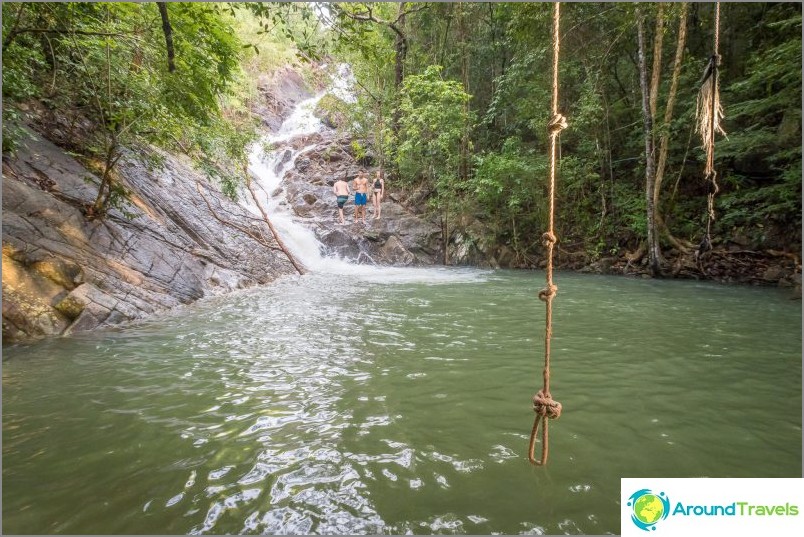 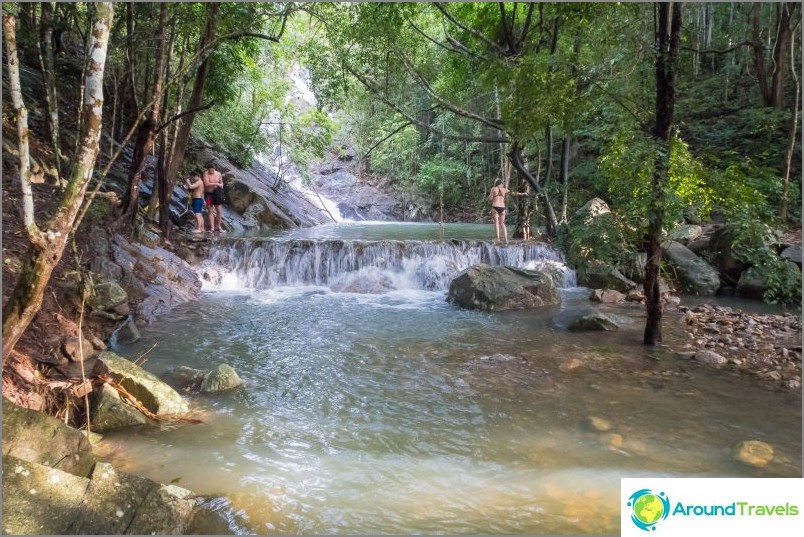 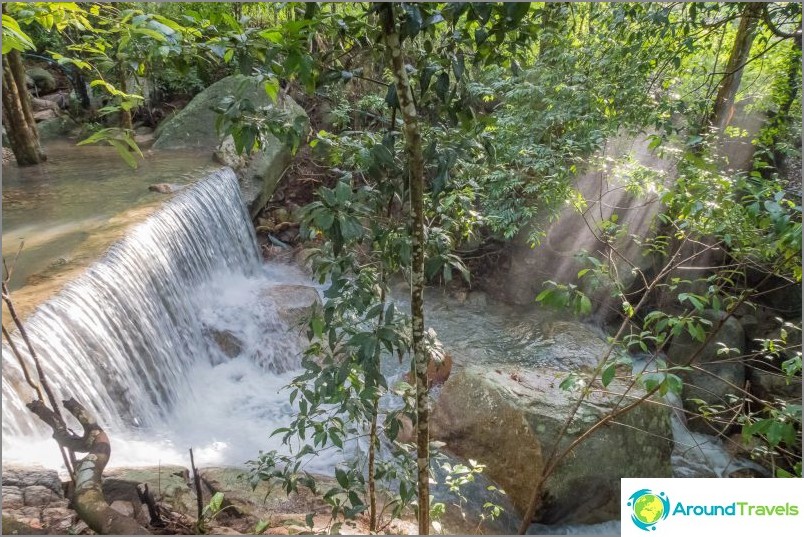 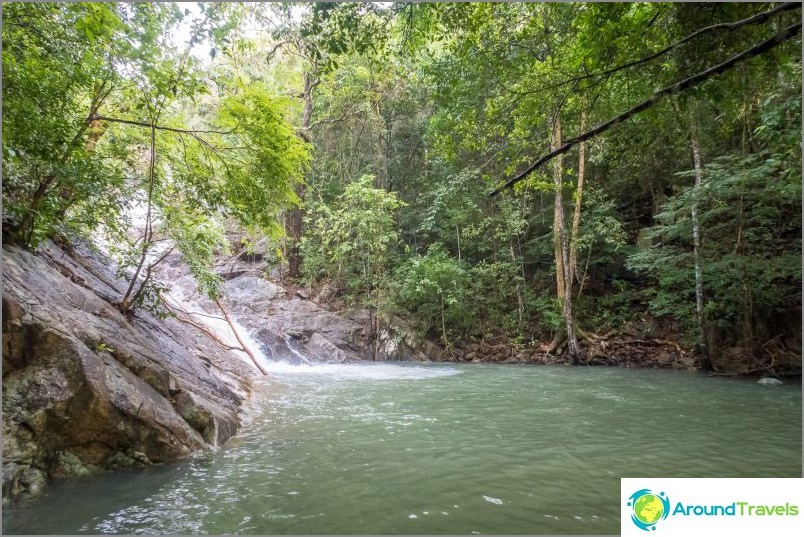 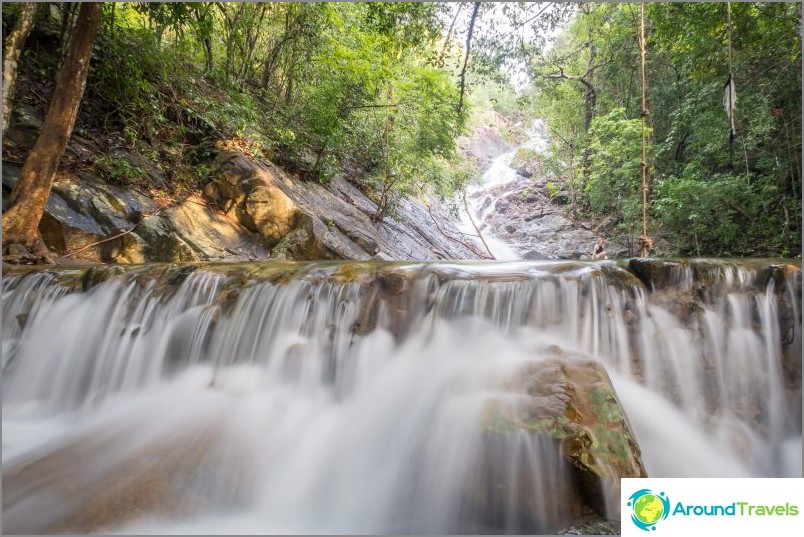 To the left of the stream and upward, there is a staircase, along which you will find yourself on a couple of rapids with small fonts. But you shouldn't go far, I walked along this path upstream for 10-15 minutes and did not find anything interesting. The trail gradually became hard to distinguish, I tried to follow the channel, but, to put it mildly, it was not comfortable. If suddenly you went to the very top, then tell us in the comments what is there. 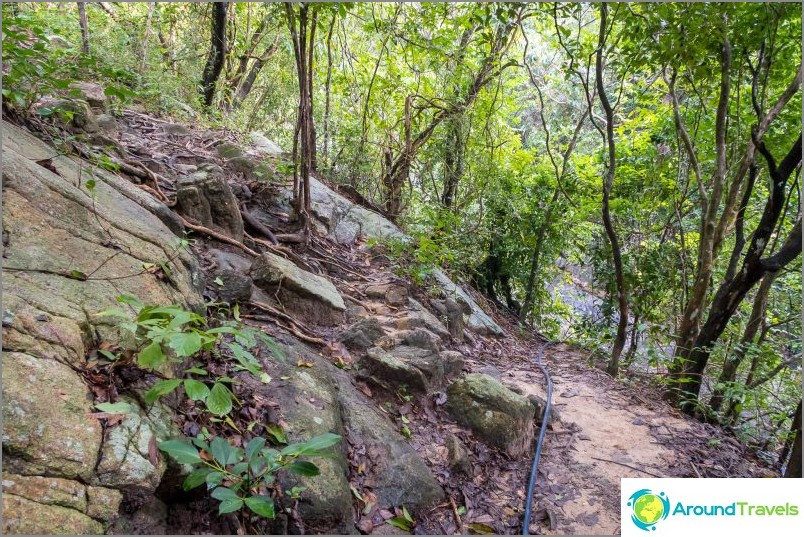 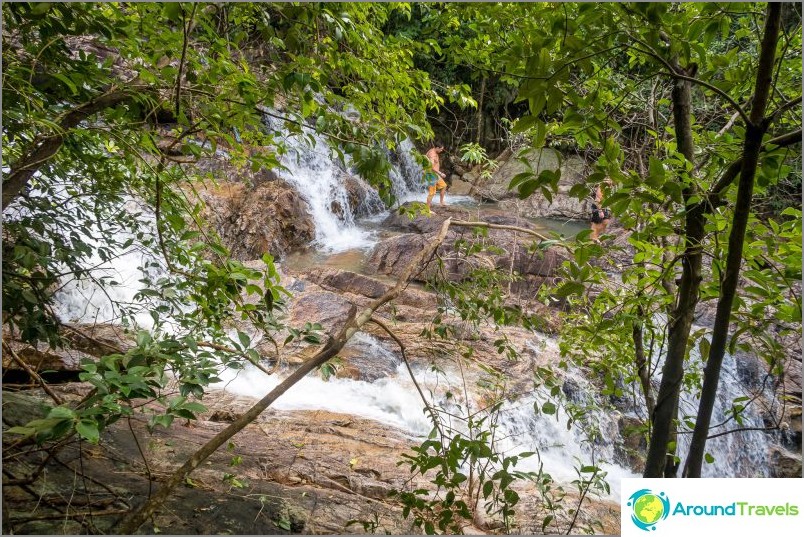 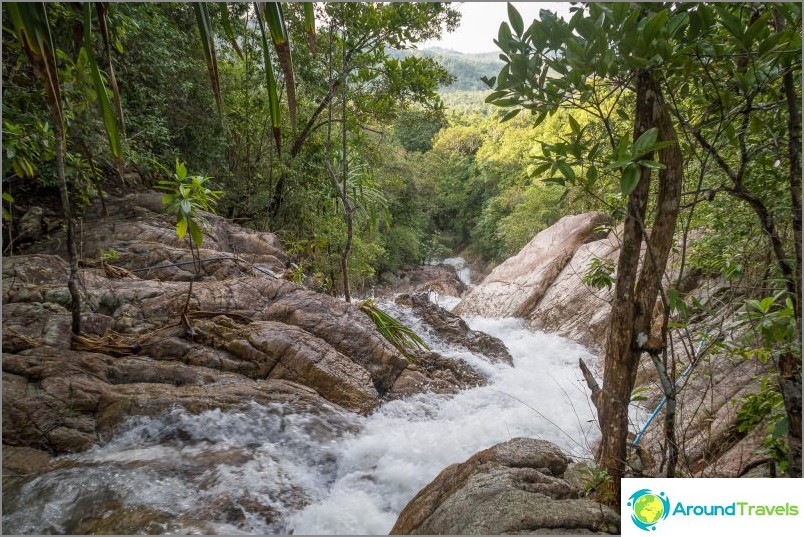 It takes 2 minutes to walk from the parking lot to the hot tub with the main waterfall. And if you go from the track, leaving the bike on the asphalt, then 10 minutes.

The entrance to the territory is free and free. Parking is also without additional fees, at least for 2017 it was that way. The prices in the cafe are average in the hospital, the quality of the food did not have time to check out, a lot of things were planned for the day, and Paradise is a relaxing and cool place - «the very thing» in the midst of the heat of the day.

Bungalows, in spite of the external unpretentiousness, have more than a reasonable price tag and are in active demand among supporters of this type of rest. Paradise waterfall is heavily dependent on seasonal rainfall, so in March-April, the hottest and driest months in Surat Thani, you are unlikely to be able to jump from the bungee into the water.. 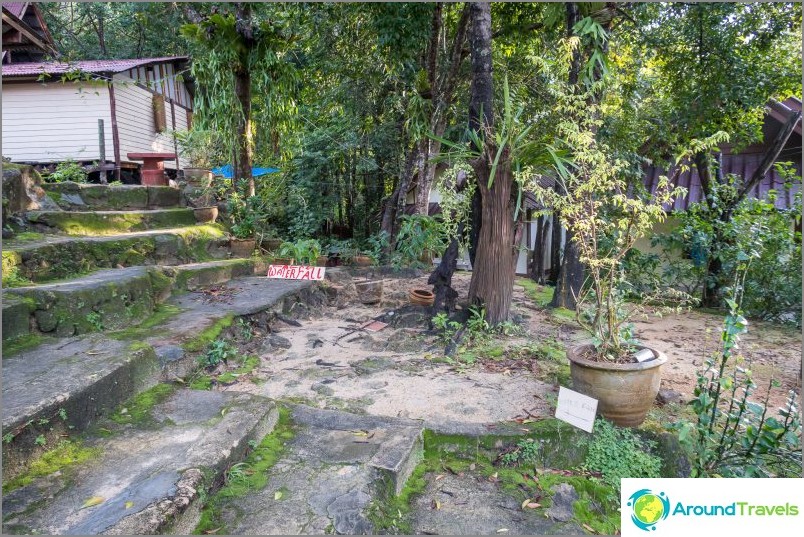 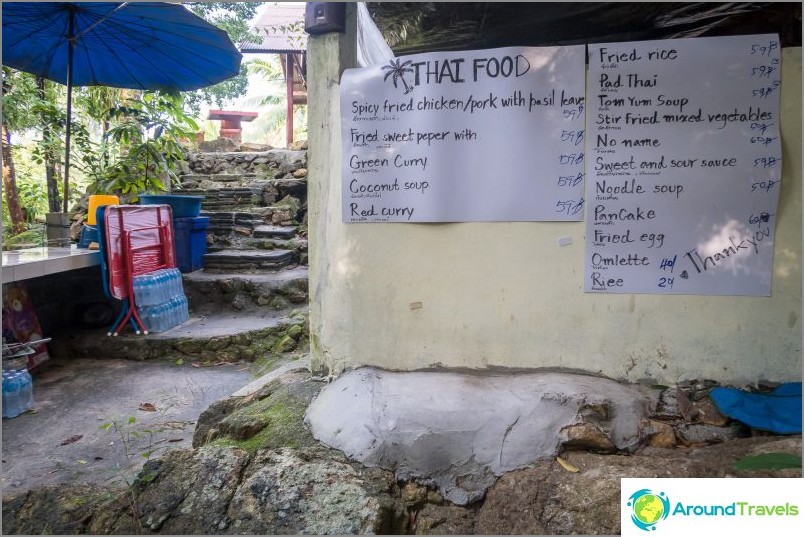 Paradise waterfall
One of the most civilized waterfalls on the island, at its foot there is a cafe and it is easy to get to it, but after the dry season the waterfall almost completely dries up, so it makes sense to look at it only in the rainy season.
More about the waterfall. 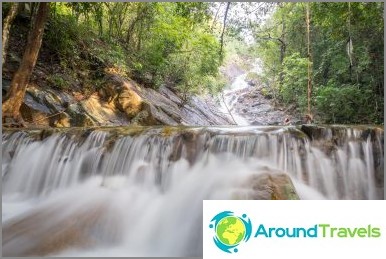 One of the most civilized waterfalls on the island, at its foot there is a cafe and it is easy to get to it, but after the dry season the waterfall almost completely dries up, so it makes sense to look at it only in the rainy season..