I already wrote about a small Saranrom park, which is located in the historical part next to the complex Royal Palace and Wat Pho. So, its enlarged copy is Lumpini park. Although, of course, it would be more correct to call Saranre a copy of Lumpini, and not vice versa 🙂

It is strange that I have not visited it before ... Although I have the answer to this question. From the point of view of attractions, there is probably nothing special about it, except for the monitor lizards (but it is worth it), but in terms of life in the city, this is a great place for sports and leisure. In general, I got the impression that you can do whatever you want in it, almost live.

By the way, if you want to find a hotel nearby, it is convenient to choose RoomGuru. I have stayed in Bangkok many times and in different hotels. I will not provide links to all my reviews, I will give only a few. Nasa vegas - convenient for stopping near the airport and metro, Rajata - good place to spend the night near Khaosan, S3 Residense located in the center next to the park. 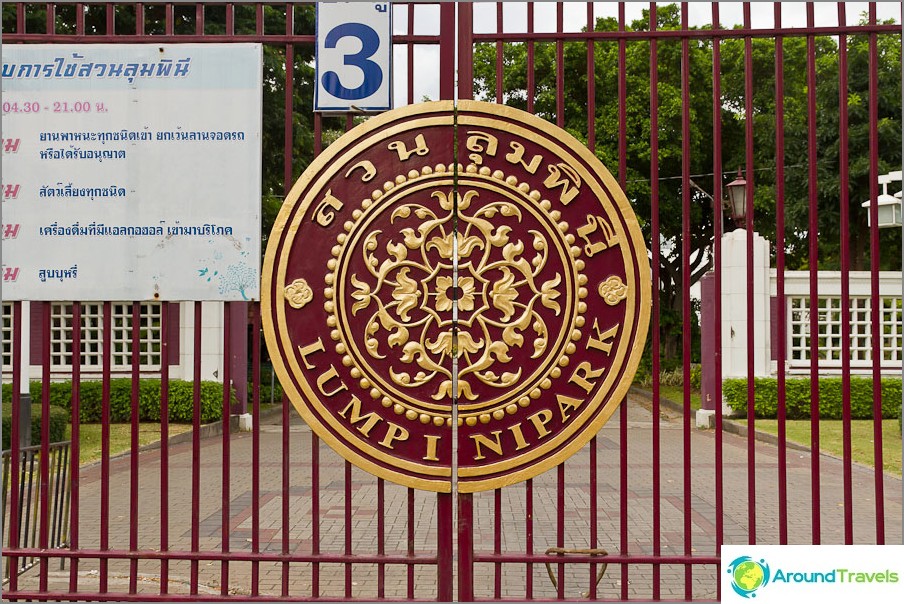 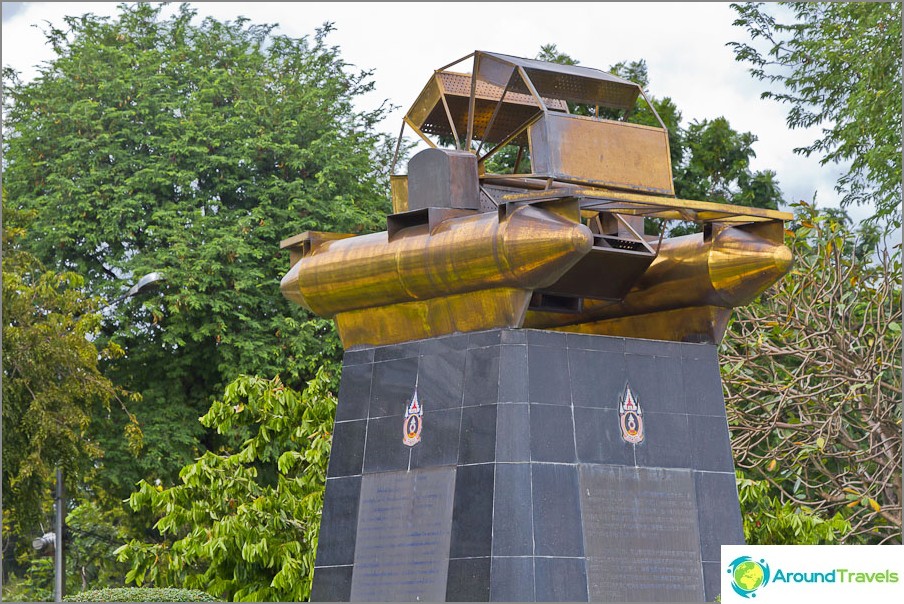 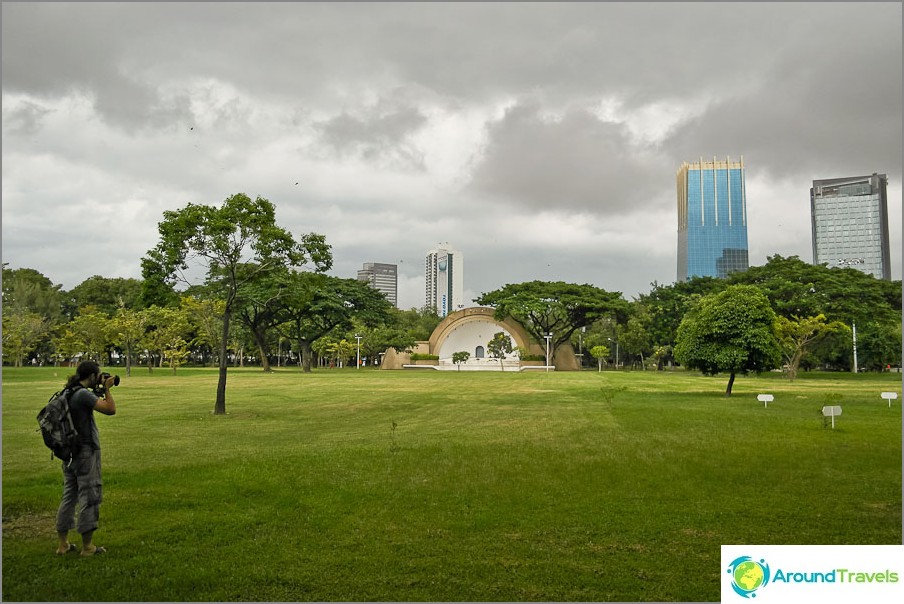 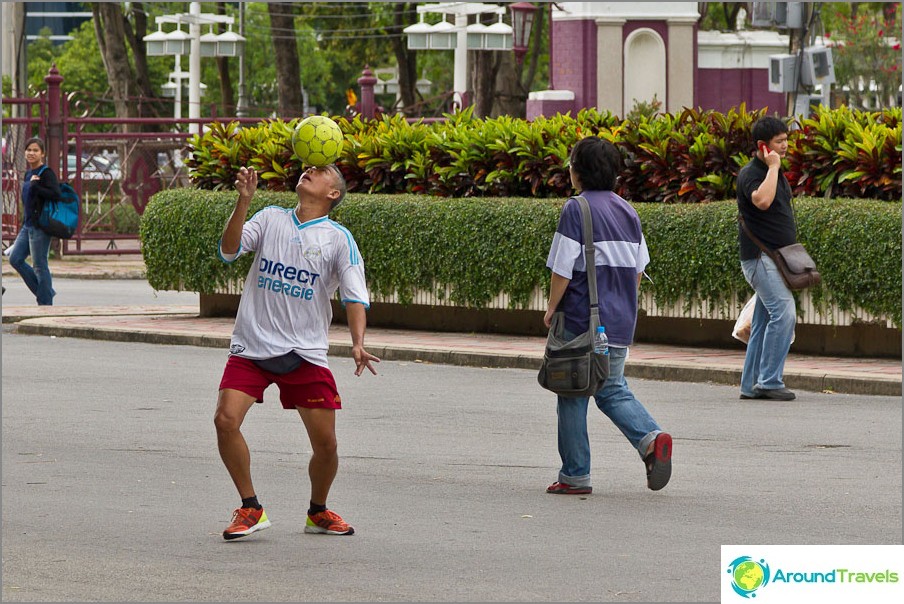 Someone just walks, someone plays with a ball 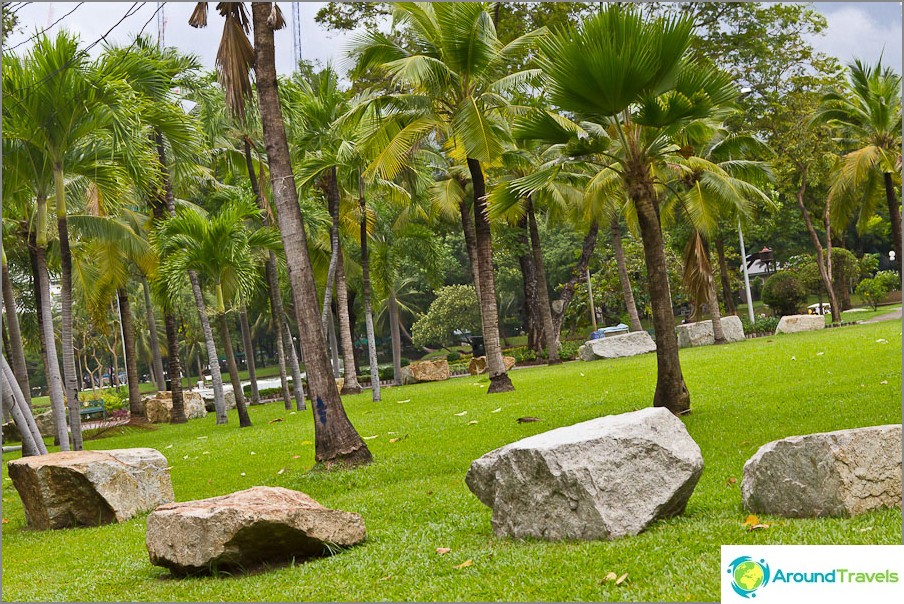 Beauty and well-groomed all around 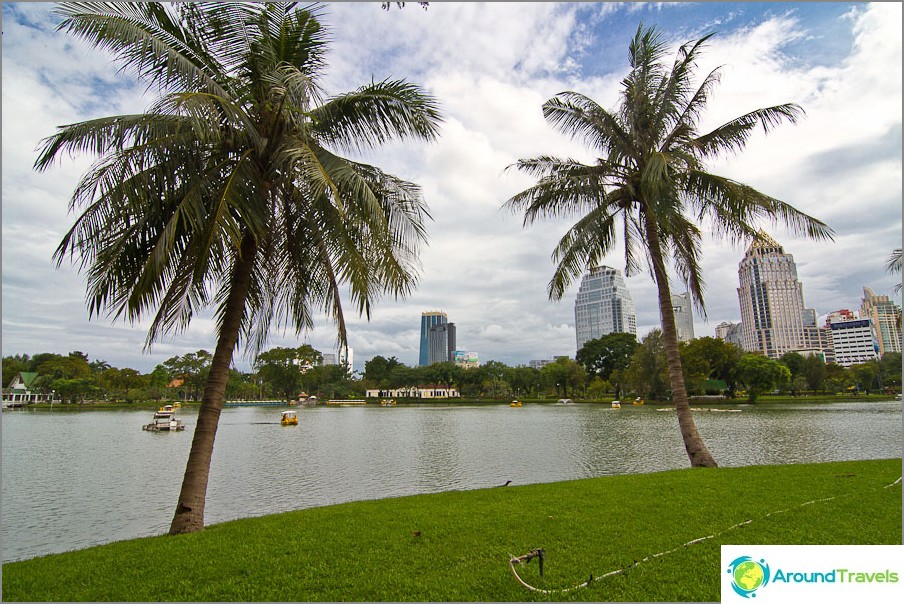 A green oasis in the center of a metropolis 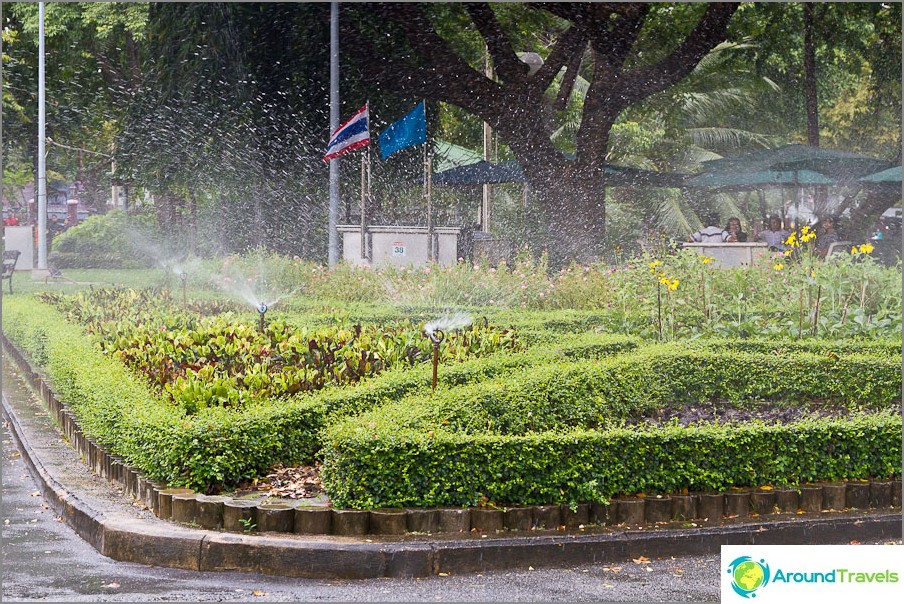 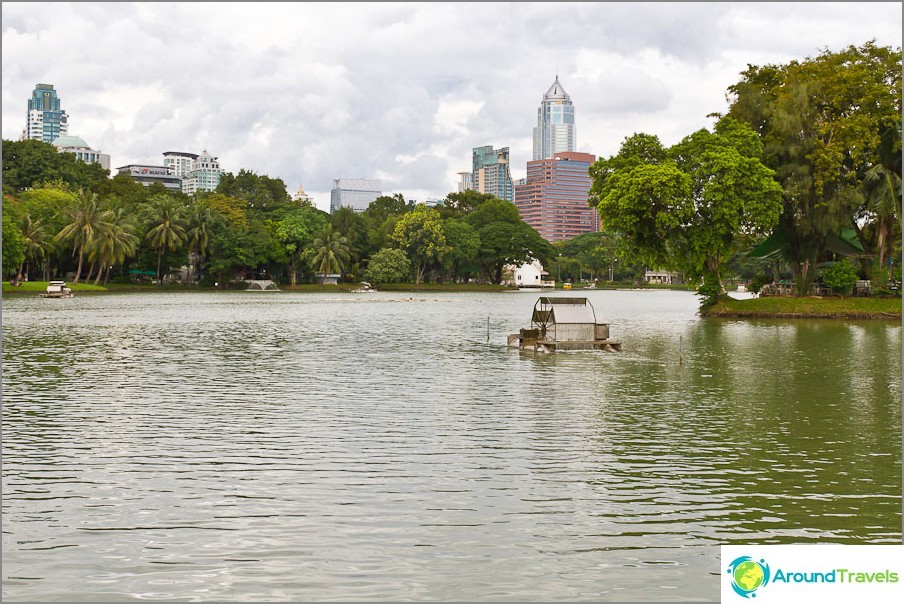 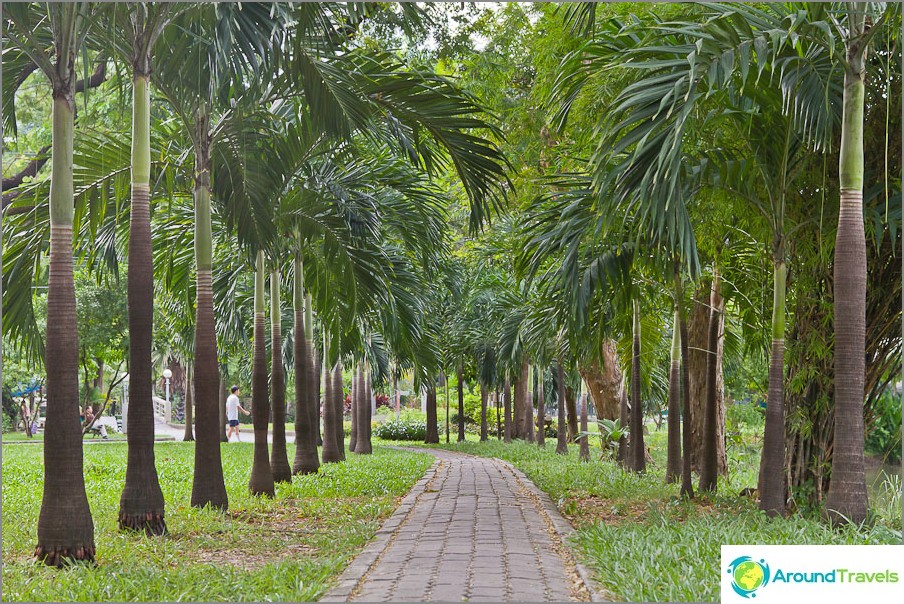 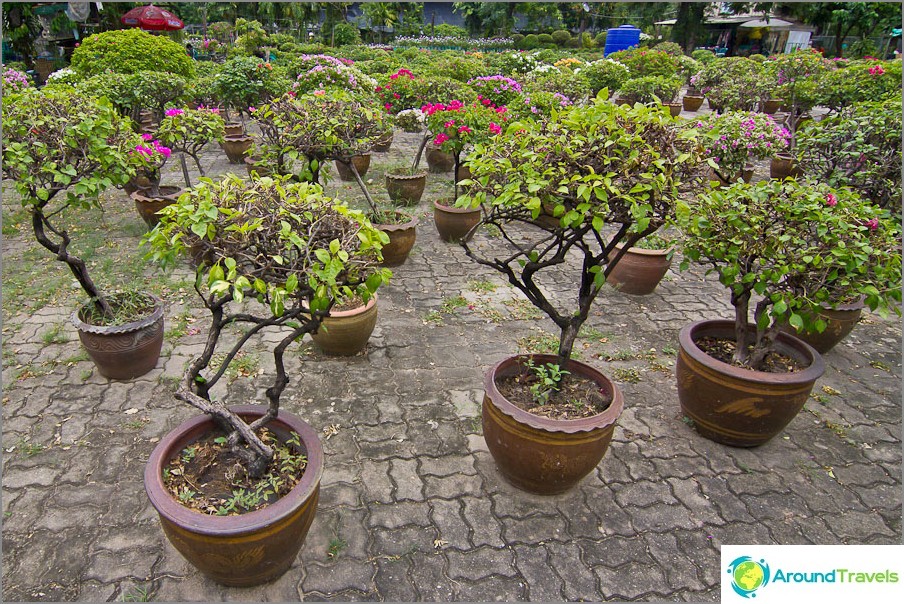 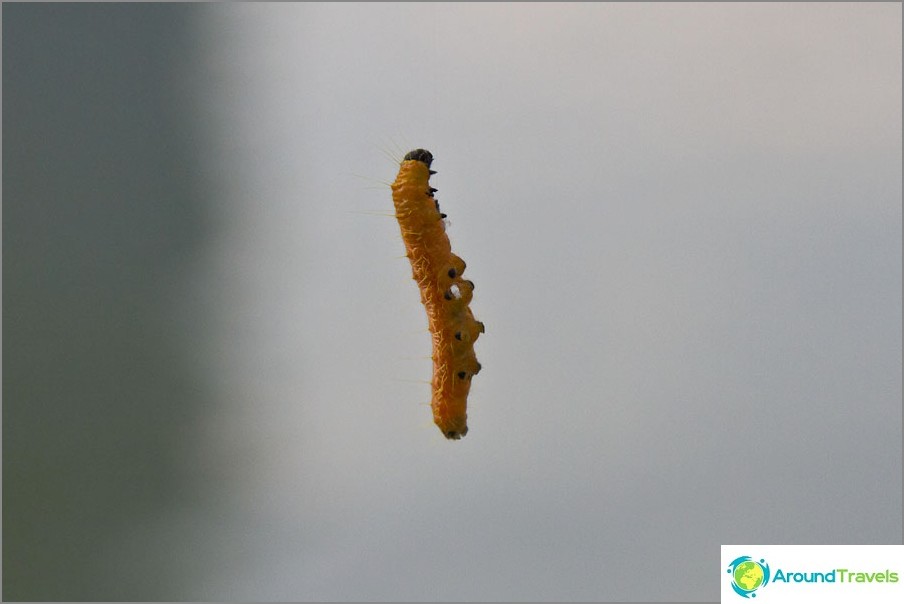 Caterpillars soar in the air 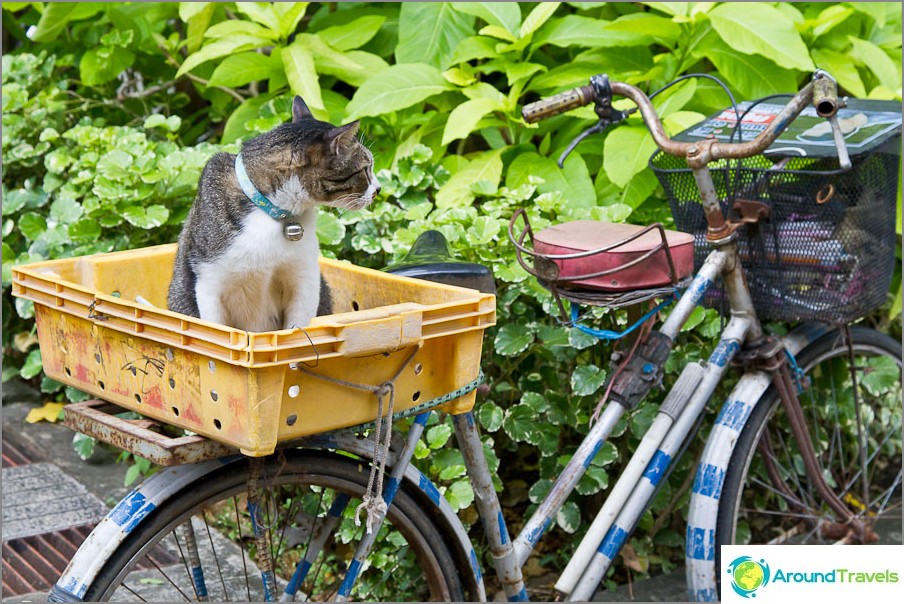 Cats are waiting for their owners 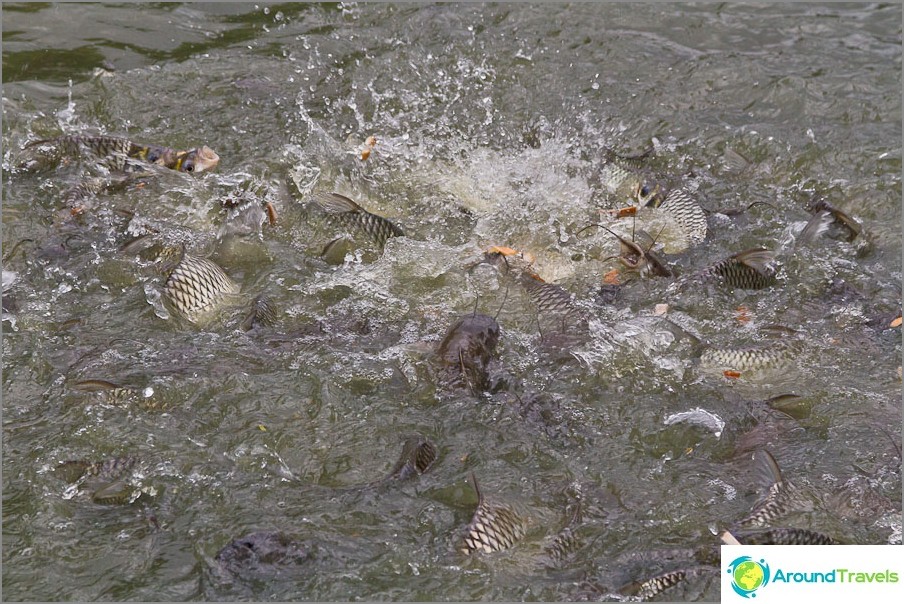 The pond is teeming with catfish, you can feed them with something

I went to this park first of all to see monitor lizards, as I had never seen before (for some reason, there are no monitor lizards in Moscow parks). There turned out to be a whole kingdom of them, but you need to look by the water, basically they all sit there or swim for their own pleasure. I do not know if they are dangerous, but there was a moment when the monitor lizard got out of the water and hissed at us. This specimen was the size of a small crocodile, about 2 meters long (including the tail), or even more. And I'll tell you, I felt a little uneasy, I even jumped on the bench instinctively. Seeing the fear, the monitor lizard made sure that we realized that this was his territory, turned around and went back into the water.

In general, if you do not specifically approach the monitor lizards, then problems are unlikely to arise, these are not Komodo monitor lizards. And, as a rule, they run away when you get close to them. It's just that this one was apparently too proud ... 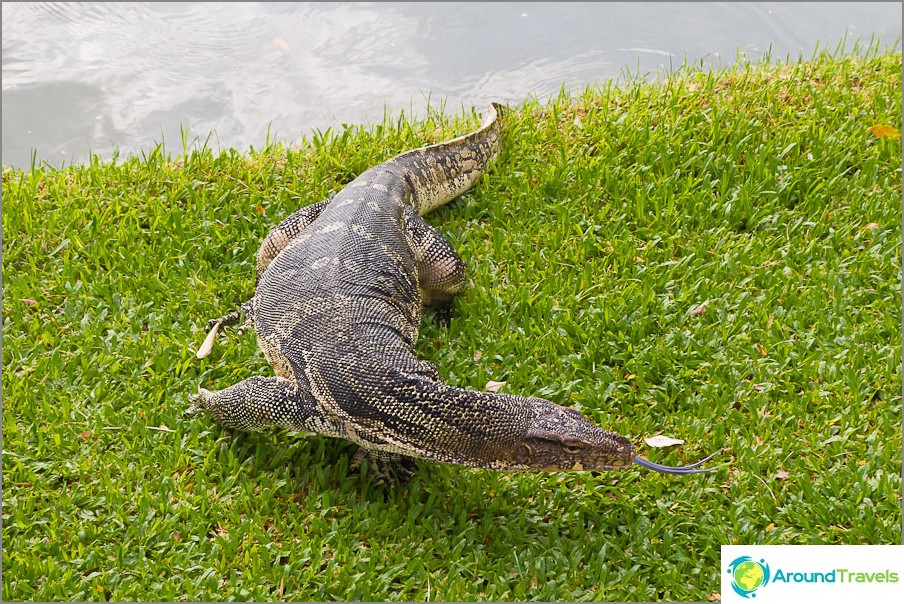 My territory, get out of here! 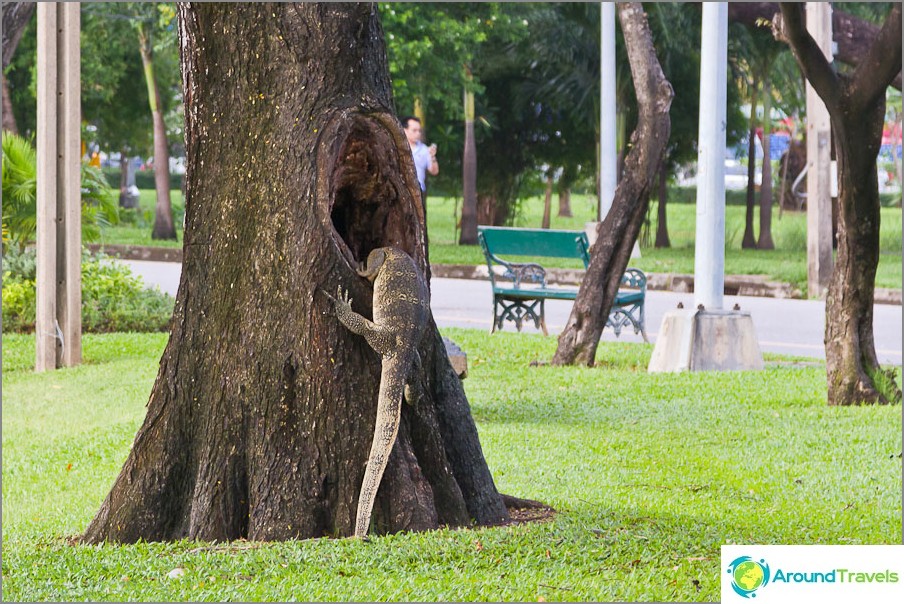 What do you have here delicious? 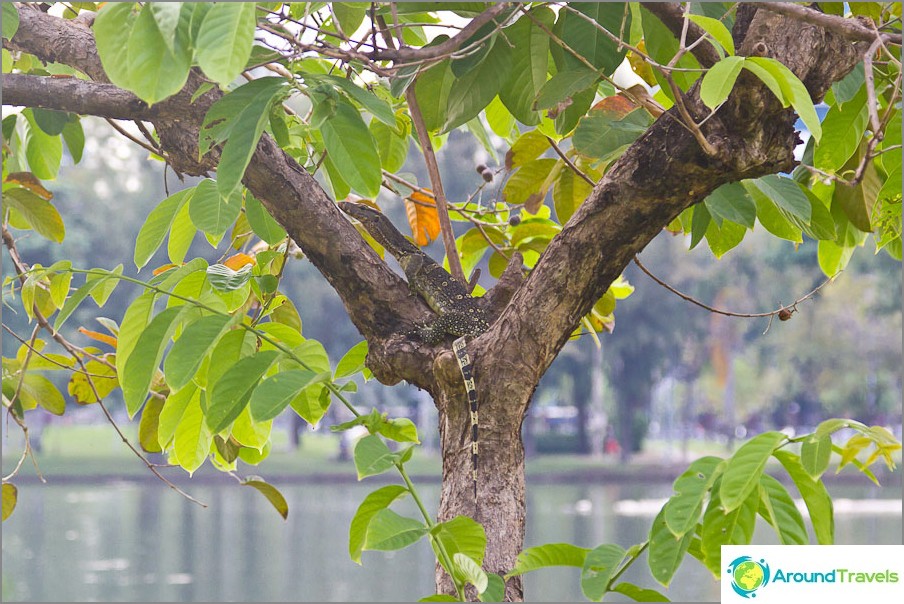 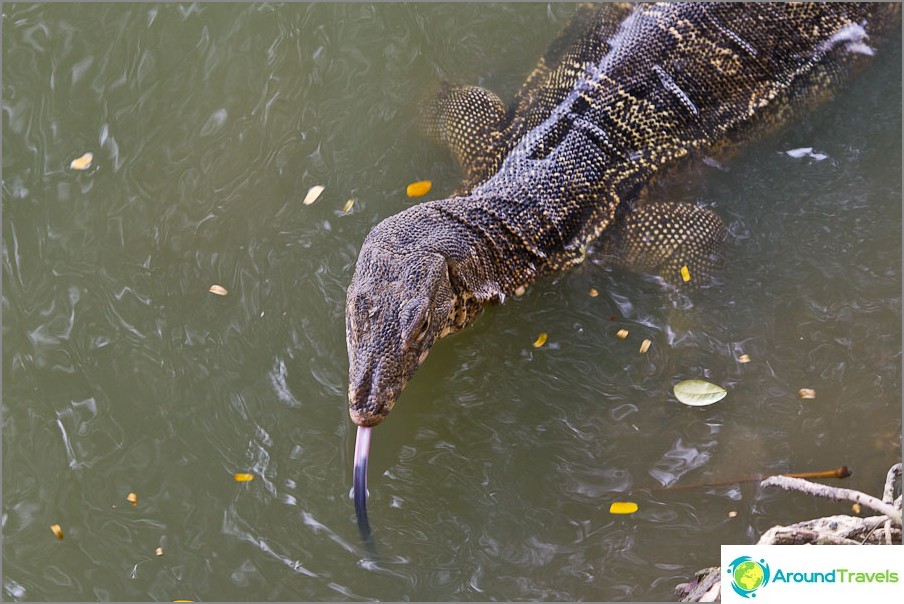 Do whatever you want

In addition to monitor lizards, there are no more impressive spectacles in Lumpini Park, but there is a huge space for sports, which, in fact, is what most people do here, and not only Thais. As you enter the park, you immediately notice people in sportswear, someone with a ball, someone wrapping the next circle. There is even an open-air swimming pool and a gym. In addition to sports, people walk, sit, lie, play checkers, read newspapers, dance, and even work. If not for a night's sleep and the absence of cafes, it would be possible to live here. 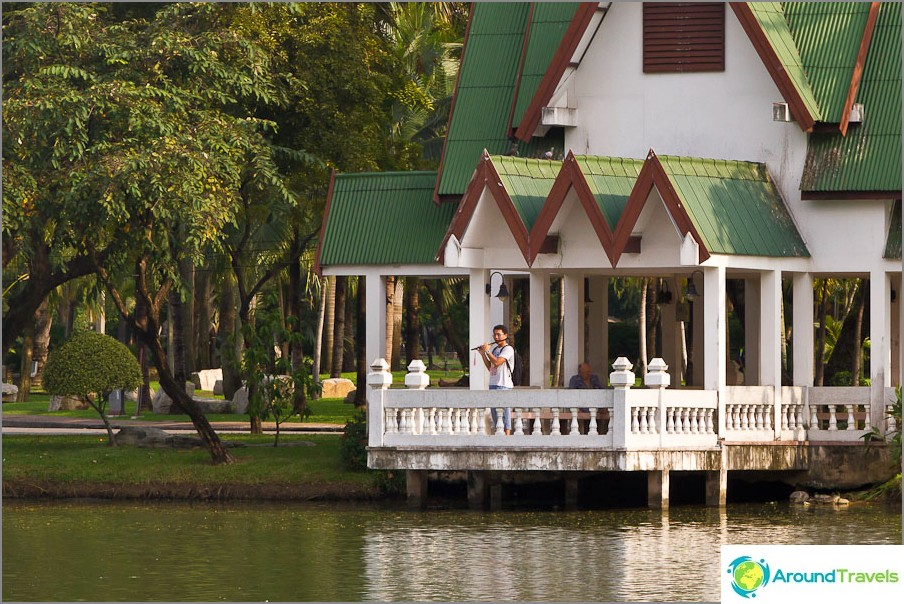 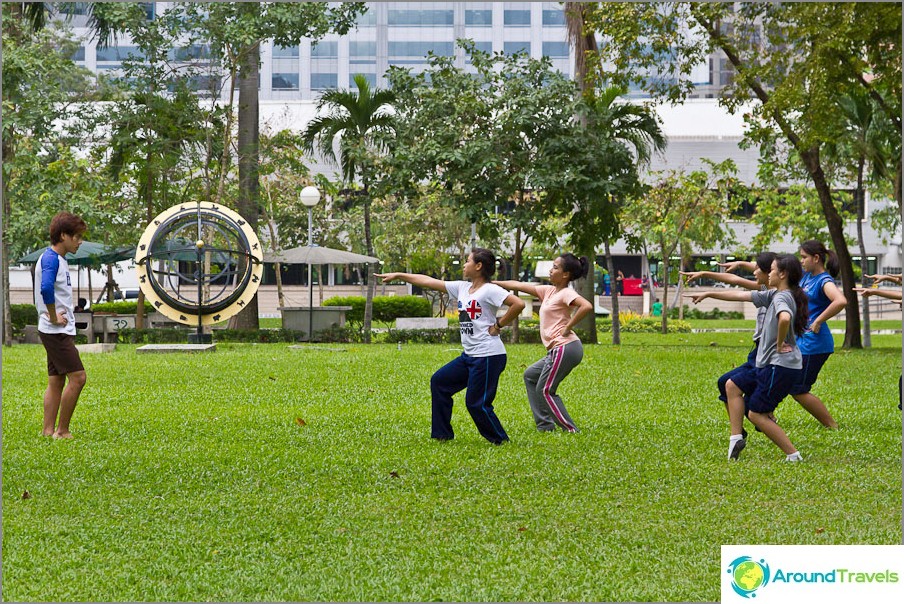 The people are dancing

Here you can sit and work 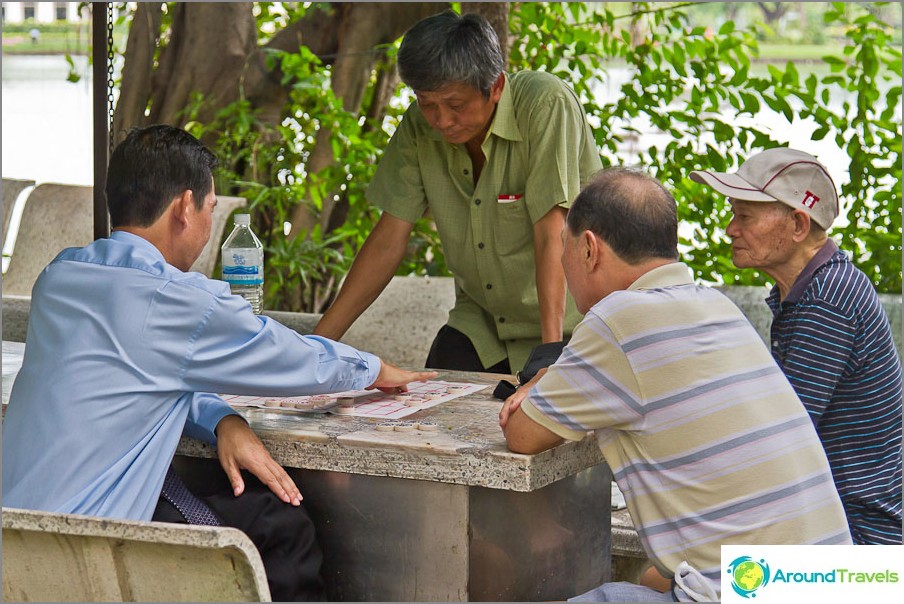 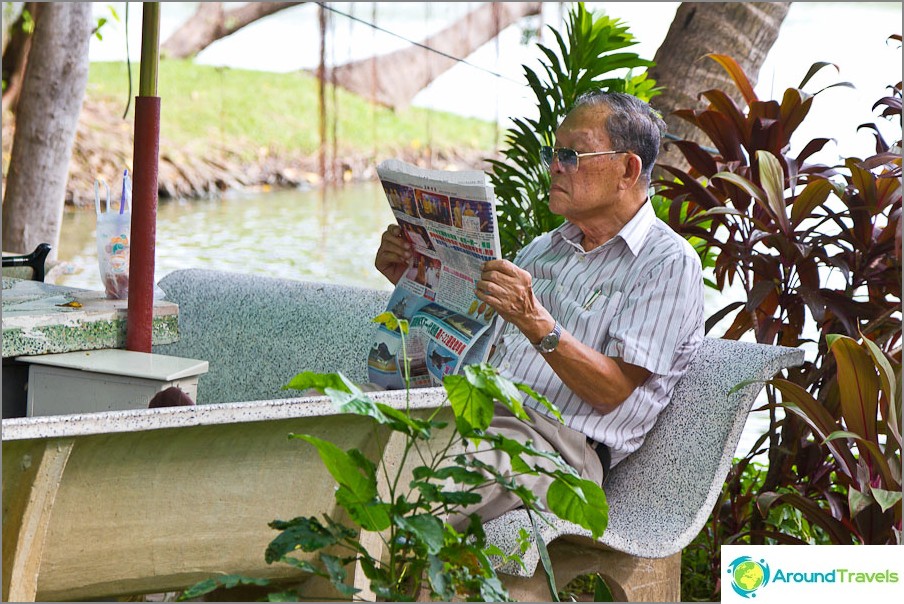 You can read a newspaper 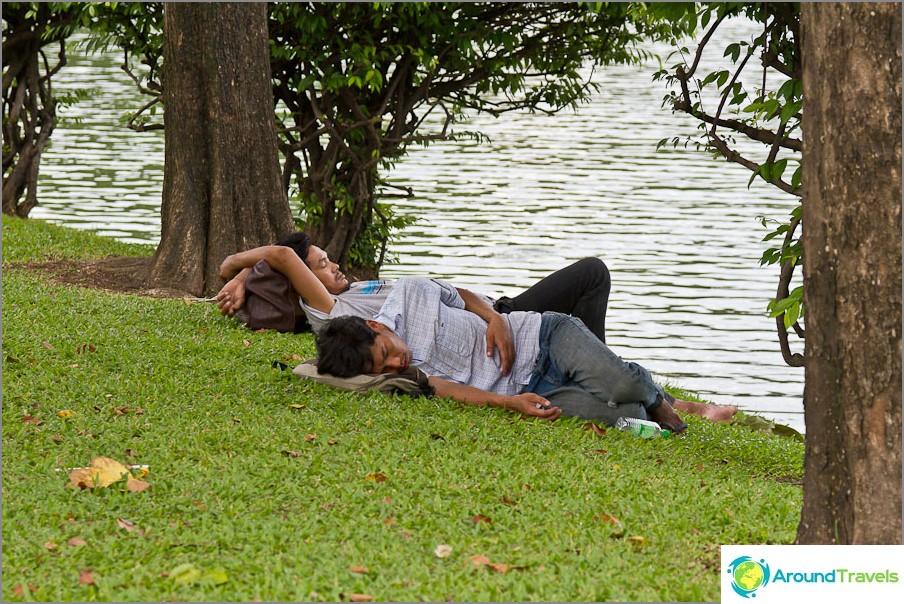 If you're tired, take a break, don't eat Snickers 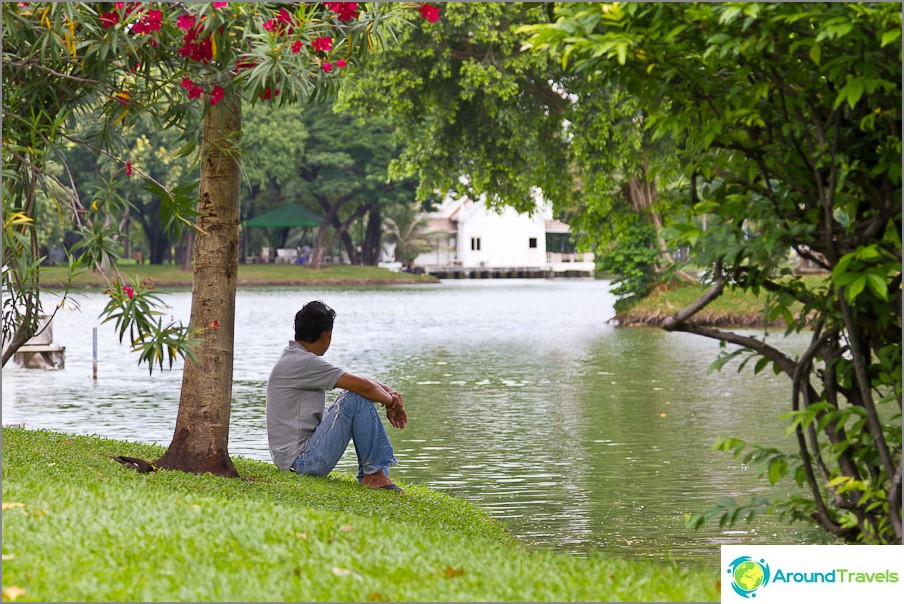 There is a game in Thailand when a wicker ball is thrown over the net with your feet, called Takro. In fact, this is volleyball with your feet, a very dynamic game! How they hit him and don't miss is a simple mystery. There is also basketball with legs, so for me, as for a person far from sports, it is generally unreality complete. But for this man (in attempts to photograph him) I watched for half an hour somewhere - solid muscles and tendons, smart so that the shutter speed was too long, all the time it turned out to be blurry. 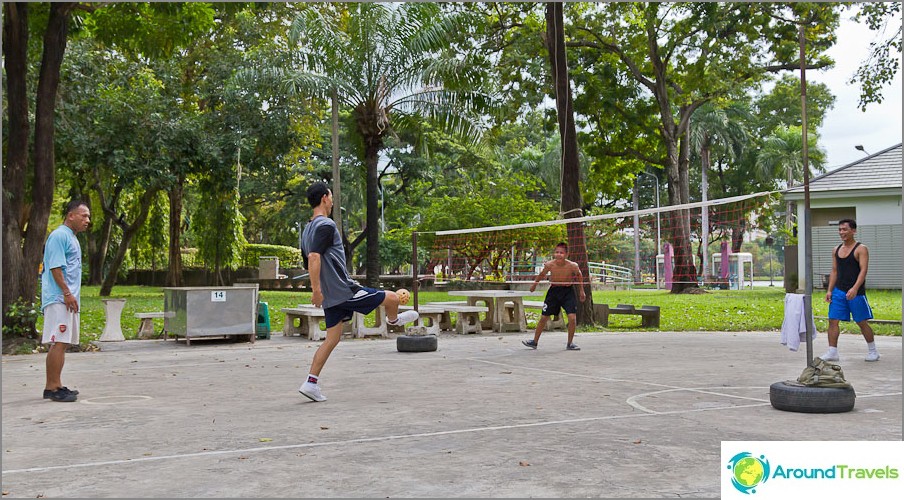 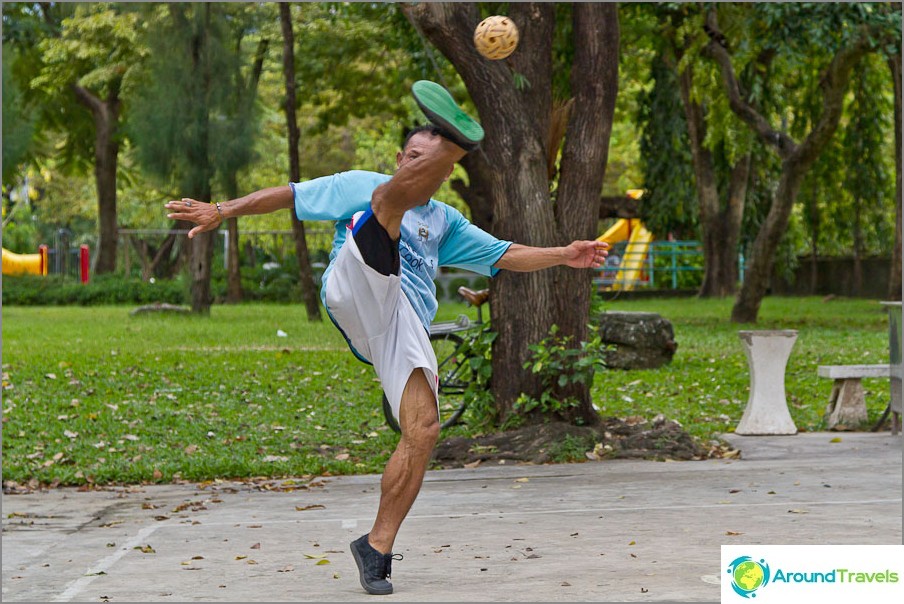 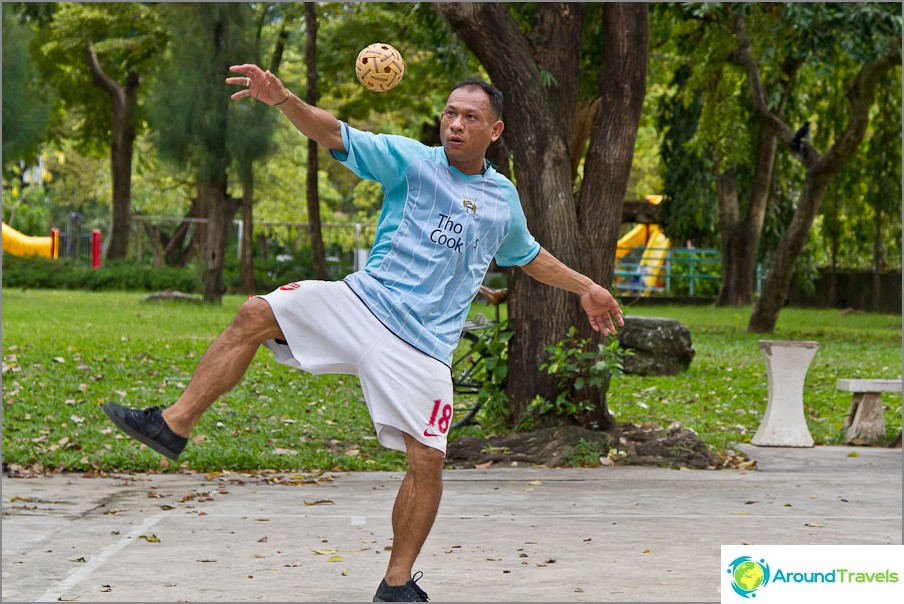 There is nothing superfluous in the body

Located next to MRT Silom and Limphini MRT stations, or next to BTS Skytrain stations Sala Daeng and Ratchadamri. But you can also get there by city buses, including from Khaosan Road (No. 47, 15). Although in the latter case, you can get stuck in traffic jams. In general, it is right in the center of the city, you can walk and walk to it if you are somewhere in those parts.

Free admission, opening hours from 4.30 to 21.00, guarded by police. It is forbidden to litter, smoke (!!!), drink alcoholic beverages, walk the dogs. Everything is as it should be in an oasis of a healthy lifestyle. The only negative is that it is hot here during the day, and you need to be very well adapted to such a temperature in order to also go in for sports.. 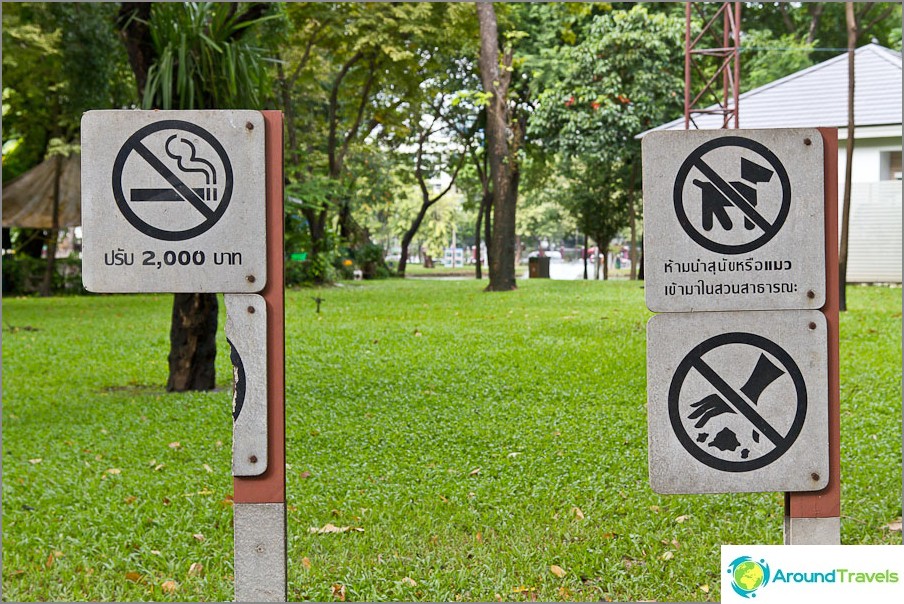 What should not be allowed in the park 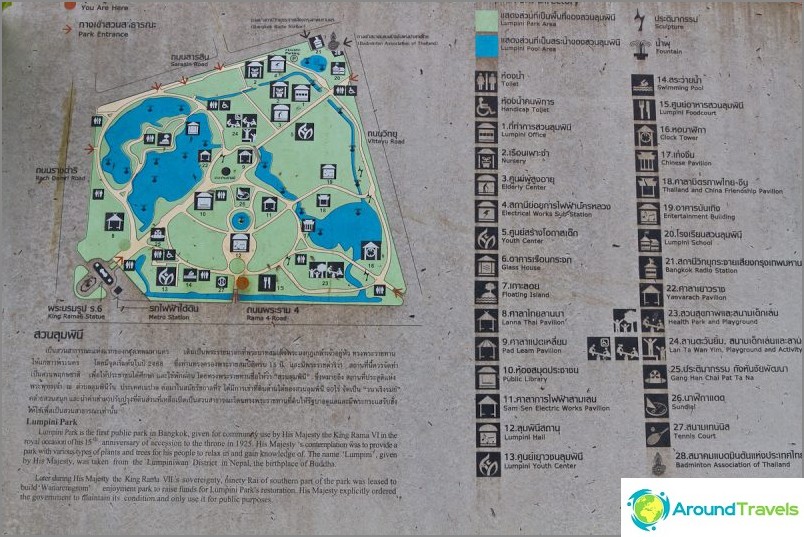 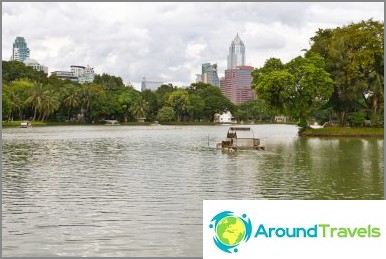 Park with lizards and Thais playing sports Read about Lumpini