Home › New articles › There is a city of Mira in Turkey, which is next to Demre. Part 3

There is a city of Mira in Turkey, which is next to Demre. Part 3

There is in Turkey the city of Myra, or as it is also called the Myra of Lycia, which was once in ancient times the capital of the Roman province of Lycia. This is where we went the next day to look at all sorts of different ruins after free guided tour of Antalya, but this time on my own!

The remains of the city of Mira are located near the tourist center of Turkey - Demre (Kale), located about 100 km from Kemer, and which can be easily reached by dolmus (marshurts), which go quite often.

By the way, on the way from Kemer to Demre, between the towns of Kumluca and Finike, we saw absolutely empty beaches, where you can stand up with a tent without any problems. This is a note for the tent campers. The only negative is that there is a highway nearby. 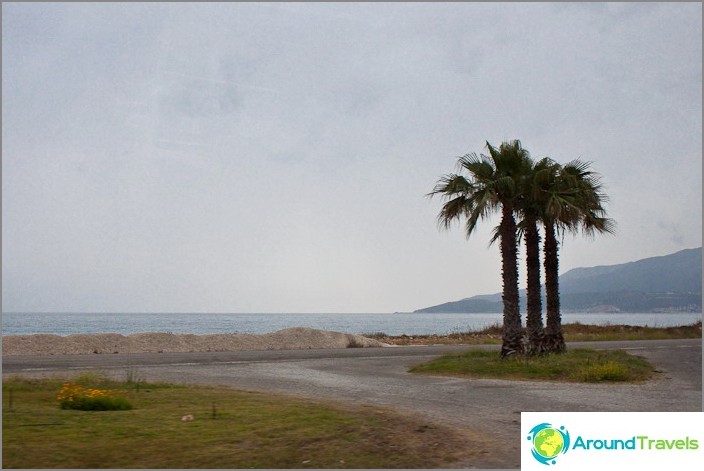 Beaches between Kumluca and Finike. 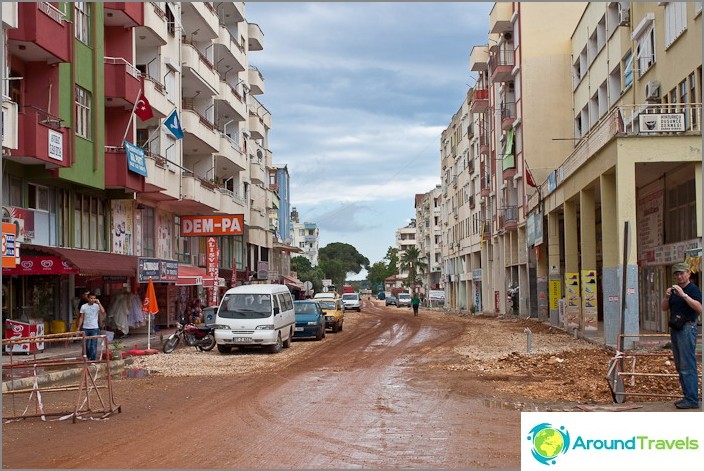 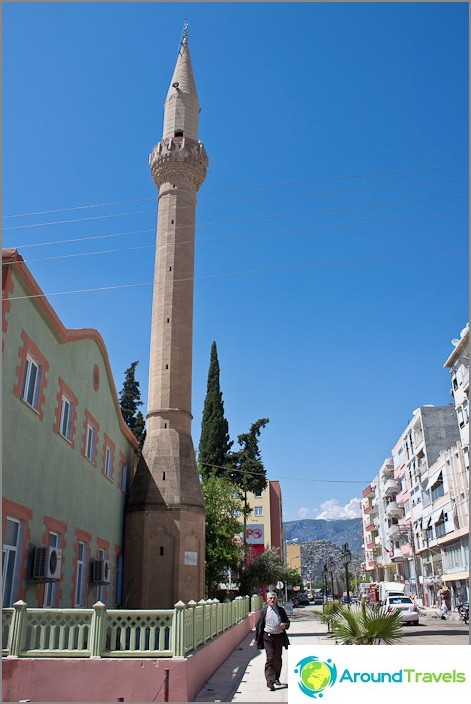 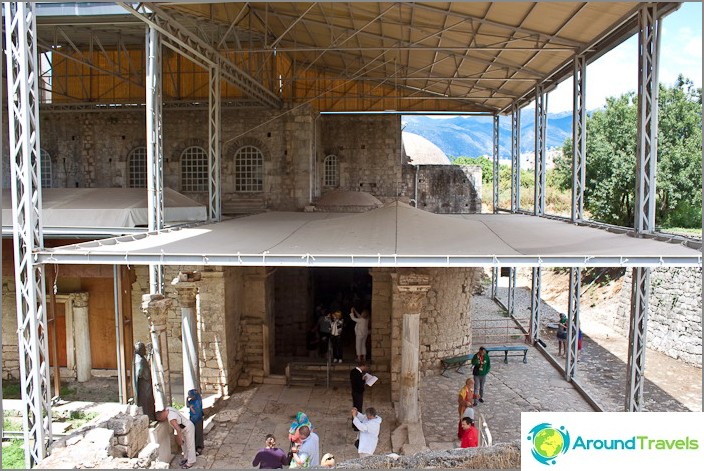 Church of St. Nicholas the Wonderworker in Demre. Turkey. 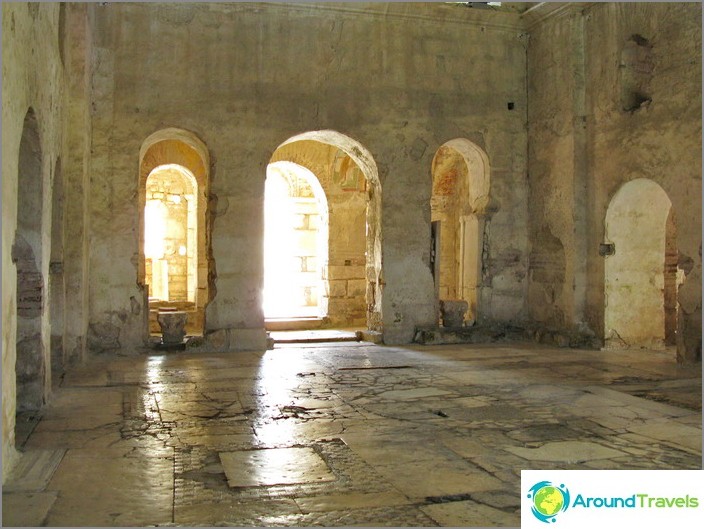 Inside the Church of St. Nicholas the Wonderworker. Photo by Leonid Trusov.

Saint Nicholas is Santa Claus in English, so the real homeland of the red fat man is here in Turkey - in Demre! This is a real person who lived here and was the bishop of Myra in Lycia. I suspected, of course, that Santa Claus was a southern comrade, but that it was from Turkey ... 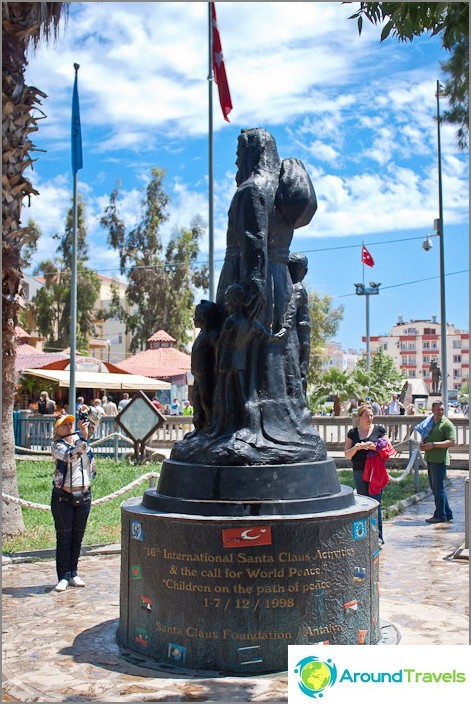 Saint Nicholas, aka Nicholas the Wonderworker, aka Santa Claus.

As I already said, the city of Mira is located nearby, namely 3 km from the center of Demre. On the way there we saw the celebration of the tomato life. And this is already in the month of May. By the way, tomatoes are one of the cheapest vegetables here, and they cost about 1 lira (20r) per kilogram, which I appreciated as a special connoisseur of this product.. 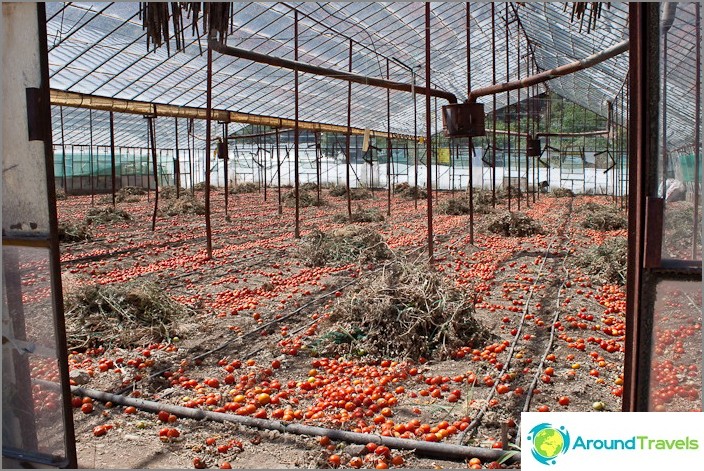 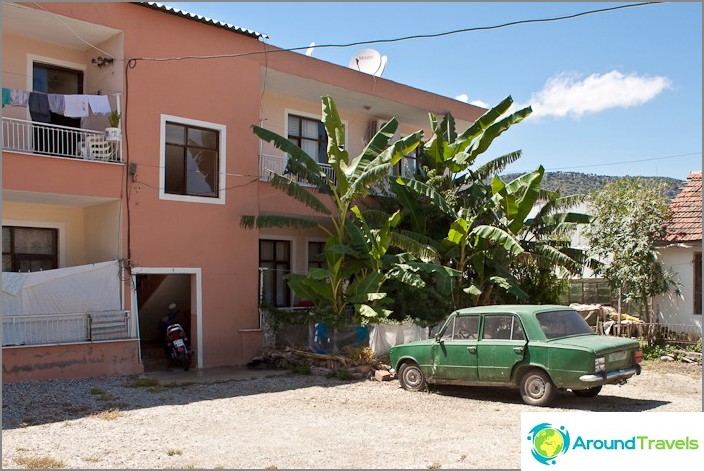 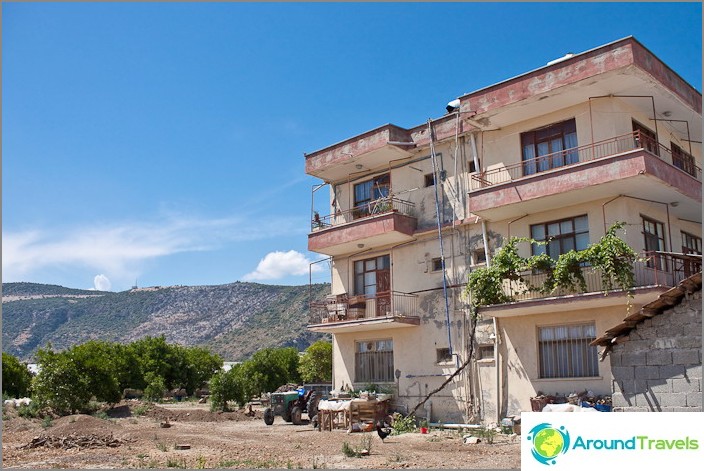 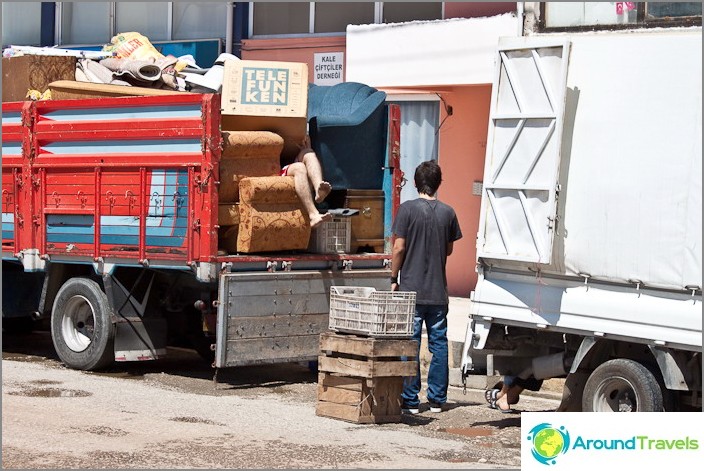 The entrance to the territory of the remains of the city of Mira also costs 10 liras (200r). True, we passed for free, while the guard turned away. I confess, but before that I was divorced for 1 lira for entering «paid» toilet, and had to restore justice.

The remains of the city of Mira are rock tombs and a large amphitheater. There is a gaping hole in each of the tombs, as if the ancients came to life and went for a walk. In this cemetery, the rich residents of the city were buried, and the higher, the richer and cooler you are.. 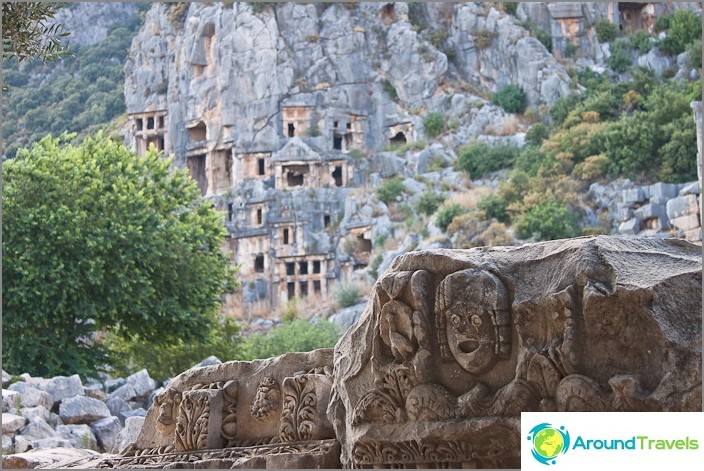 There is a city of Mira in Turkey... 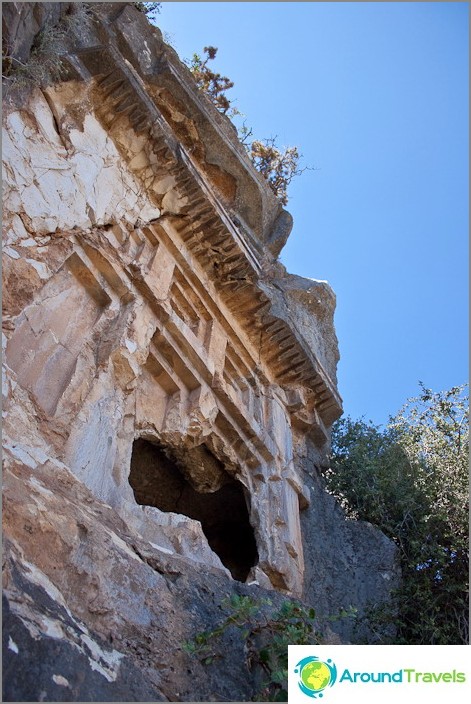 Tombs in the city of Mira. Turkey.

The amphitheater has been slightly restored, and the work continues - it is being pulled together with metal beams and braces. The acoustics are good. Everything that people say below is clearly audible from the upper seats. A variety of performances were naval battles, the arena was specially flooded for this. 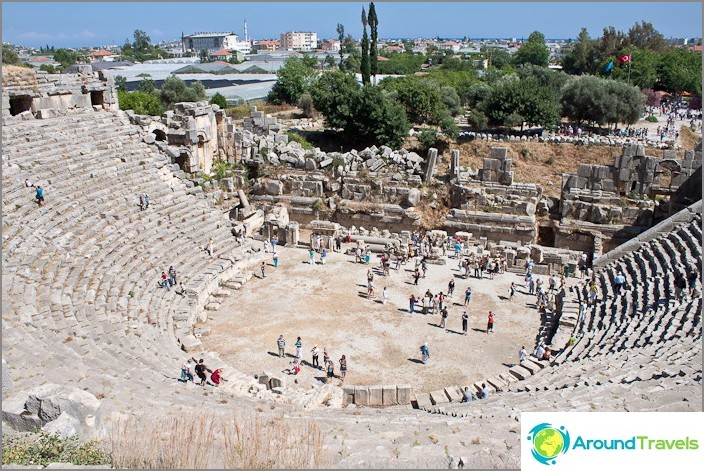 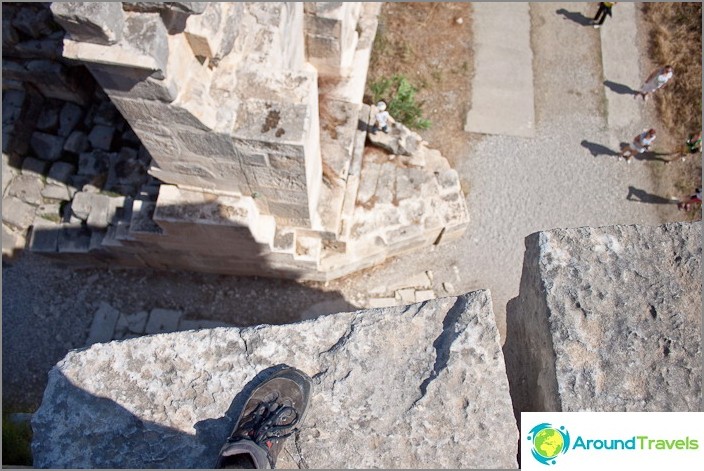 We look down from the height of the amphitheater and are afraid.

The structure is monumental, therefore, under the arches, which are held without cement and only due to the laws of physics, it is a little dumb to walk. 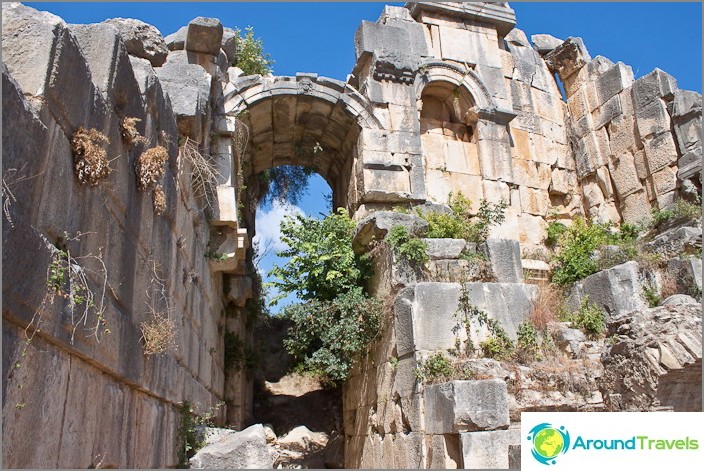 The vaults of the amphitheater in the city of Mira. Turkey.

It was so good to sit upstairs, under the warm sun and putting his face to the wind ... Imagination drew ancient inhabitants in white tunics. We had as much time as we needed, unlike the herd of tourists chased by the shepherd-guide. And the trip cost 2 times cheaper than $ 45 from the hotel guide. At the top of the amphitheater in the city of Mira. Turkey.

On the way back we stopped a tourist bus, albeit for a short distance, and then again with dolmus. And finally, one more standard photo of the city of Mira in Turkey. 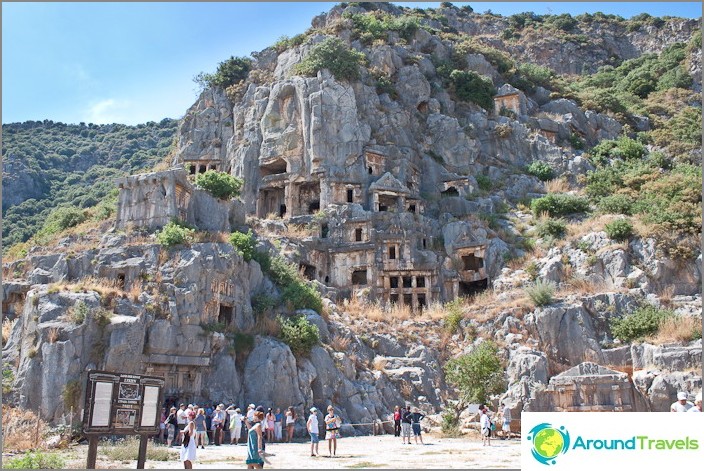 There is a city of Mira in Turkey...

How to get to Demre

If you go to Demre from Kemer by minibus (dolumsh), then you will need to change trains in Finike. Perhaps there are straight lines, but we did not hit them.

To stop the minibus, you have to wave your hand, otherwise they will not stop. On the windshield they always have signs with the cities of destination. But since they are in Turkish, you won't be able to read on the go. Therefore, it is easier to slow down and «ask». English is hardly spoken there, so «ask» will mean poking your finger at the map, well, or name the settlement.

It doesn't hurt to buy a Turkish phrasebook and learn at least a few words (yes, no, where, when, ok). Can be very useful for independent travel.