Home › New articles › Ankara is the capital of Turkey and bagels. Part 9

Ankara is the capital of Turkey and bagels. Part 9

For those who find it difficult to sleep while sitting, night buses are contraindicated. I am just that type of people. After trying all sorts of poses, I met the city of Ankara with sticky eyes. As luck would have it from Cappadocia we reached Ankara very quickly.

So we decided that we need to get a good night's sleep on the road, and the best option for this is the train. And straight from the bus station we went to the railway station to find out how we can get to Adapazarı (this is on the way to Istanbul), and from where we can get to our friends on the Black Sea.

We went to the railway station by metro. A convenient thing I must say, quickly to any part of the city, well, to the one in which it is, since there are only a few branches. The cost of the trip, something about 30 rubles per trip, transfers from branch to branch are free. There, by the way, it is absolutely forbidden to take pictures. As soon as I took out the camera, either the law enforcement officers ran up to me, or persistent Turkish speech was heard in the loudspeakers. 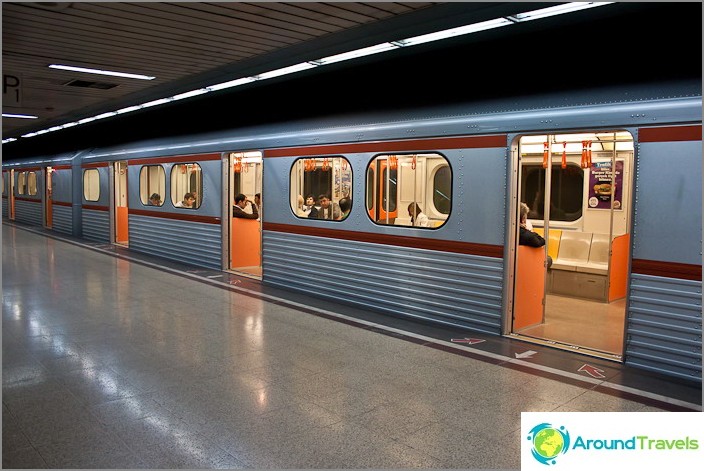 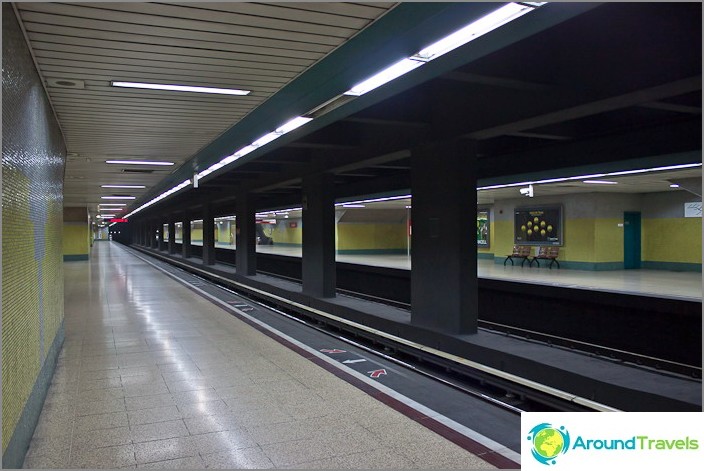 In the metro, we met a Turkish student who knows English. How nice it is to meet a person who speaks his native familiar speech. He approached himself and volunteered to accompany us on the subway. Nice people, however, Turks.

At the railway station in Ankara, as it turned out, no one speaks English normally. Even the aunt sitting next to the big sign «Information». Having suffered for about half an hour, we found out what kind of trains there are, and bought ourselves seats in a sleeping car (analogue of our compartment).

And then we went for a walk around Ankara, the capital of Turkey, after all. The truth is not historical, but because Ataturk said so, they say it is conveniently located. Therefore, this city is unattractive for viewing, ordinary buildings, similar to each other, like in a scoop, only neat and a little European. In general, Ankara was not particularly impressed. 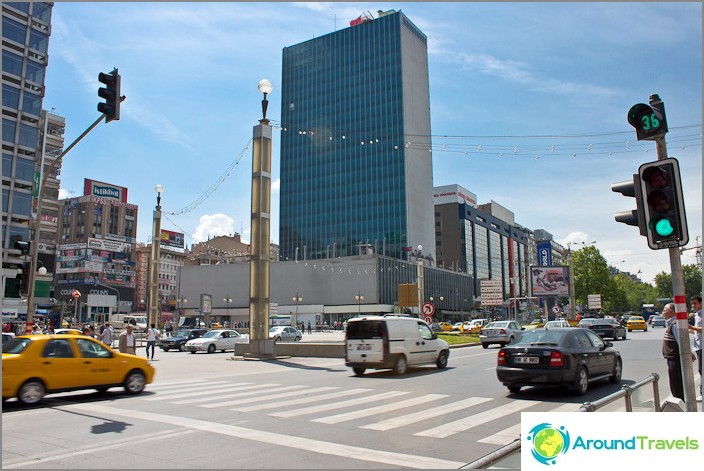 The modern center of Ankara. 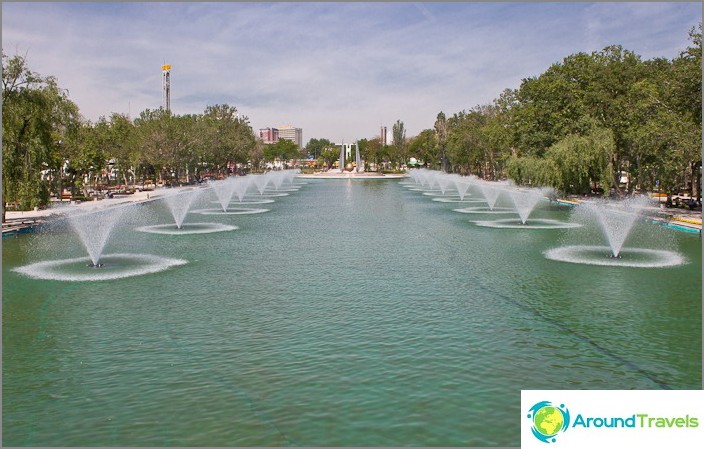 Park in the center of Ankara. 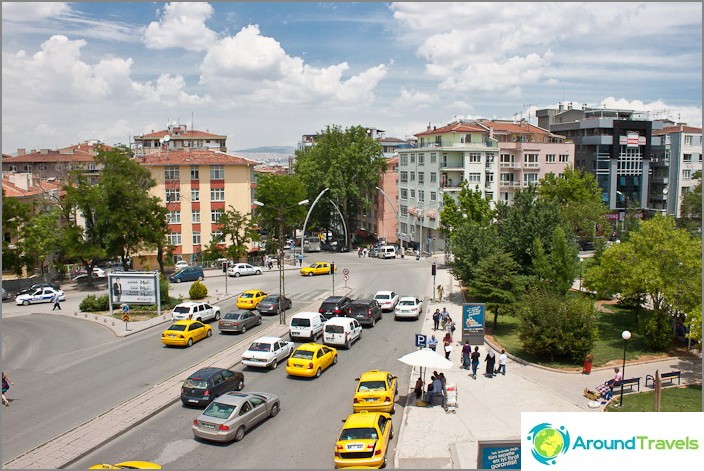 Ankara - the capital of Turkey.

Although in some areas the houses are not at all modern. 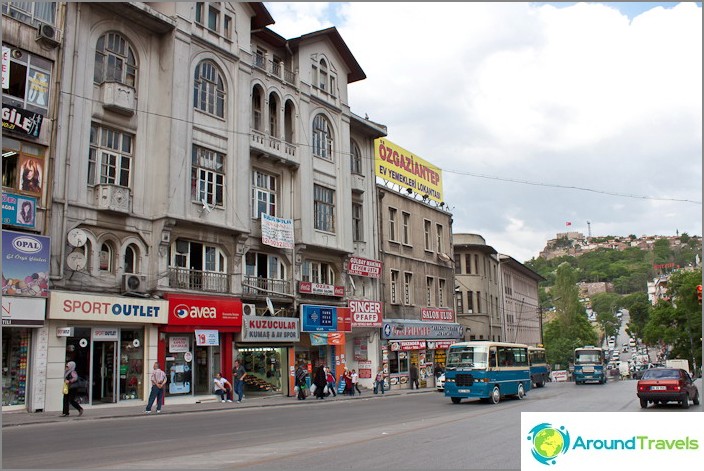 Ankara - the capital of Turkey. 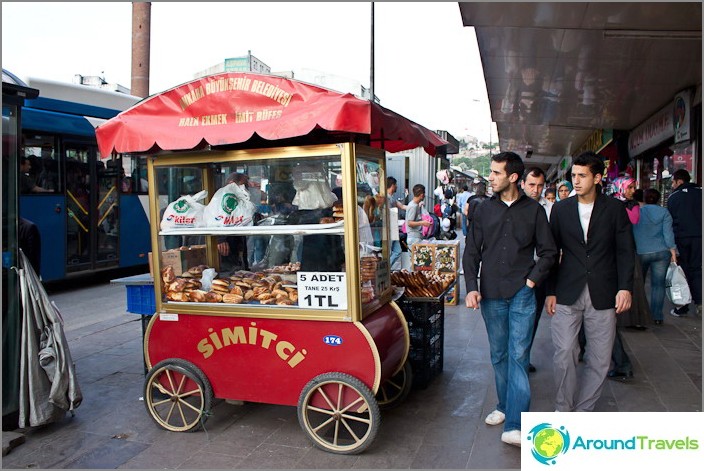 Ankara - the capital of bagels.

First we saw the Kocatepe Mosque, and even went inside. The grandeur of the structure is impressive - the ceilings are tall, the red carpets are wide, the chandeliers are awesome. Cool and barefoot on the carpet is nice. There were few people, they were caught in the interval between prayers. 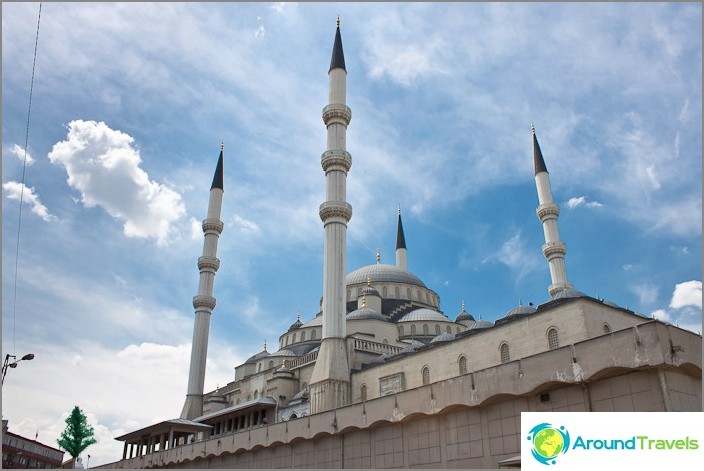 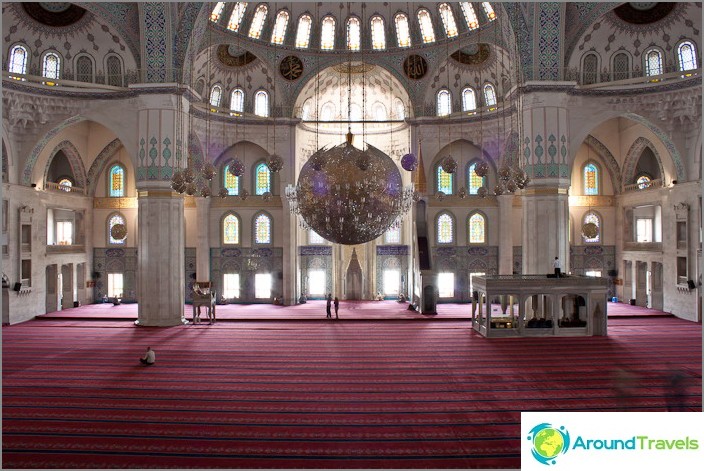 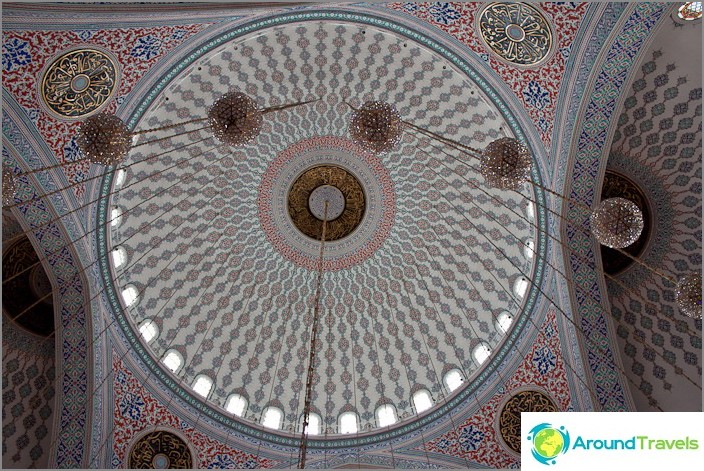 Then we visited the mausoleum of Ataturk. It will be cooler than Lenin's mausoleum - large buildings, guards, several museums dedicated to the leader, and a cinema hall with continuous broadcasting of films. One thing seemed strange, a large park area around the mausoleum is closed to the public. And why is she needed, for whom? 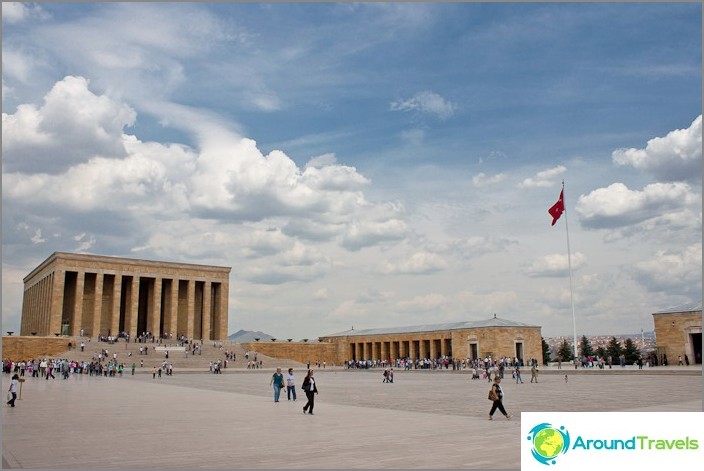 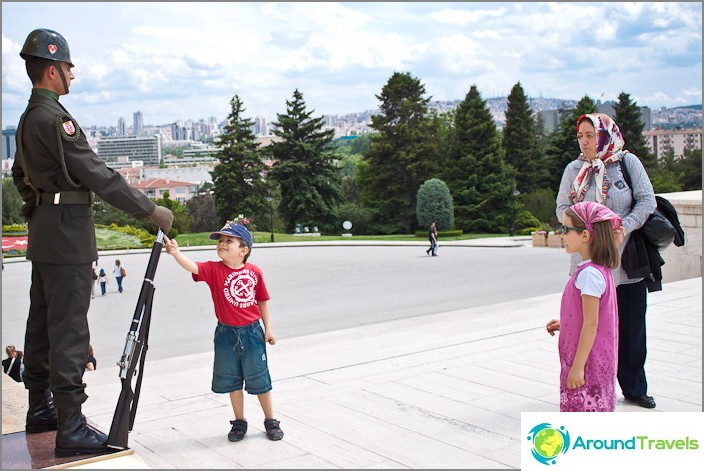 Guard in the mausoleum of Ataturk. Turkey.

During the changing of the guard of the Ataturk mausoleum, all the tourist and local brethren gather in a crowd around the soldiers fried from the sun and take pictures, photographs. 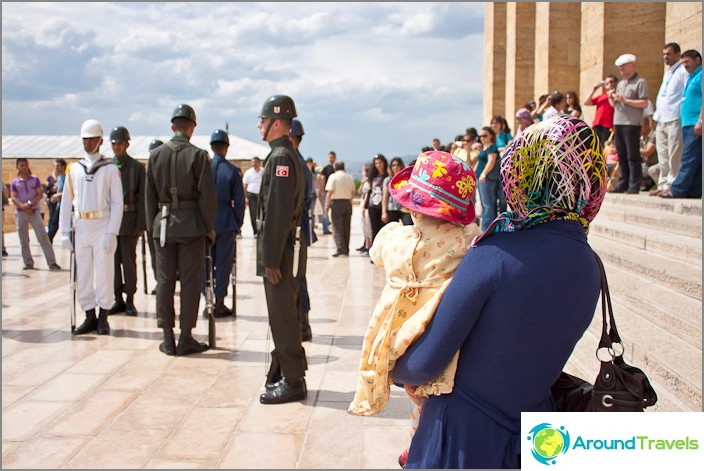 Changing of the guard in the mausoleum of Ataturk. Turkey.

Before the train, we managed to escape to the old city of Ankara, the center of which is on a mountain inside the fortress. There really is a flavor there - old houses, narrow streets. The feeling that not in the capital of Turkey, but in a godforsaken village. Only the children were slightly angry there - they tried to shove a ball at me, maybe the mug did not come out? 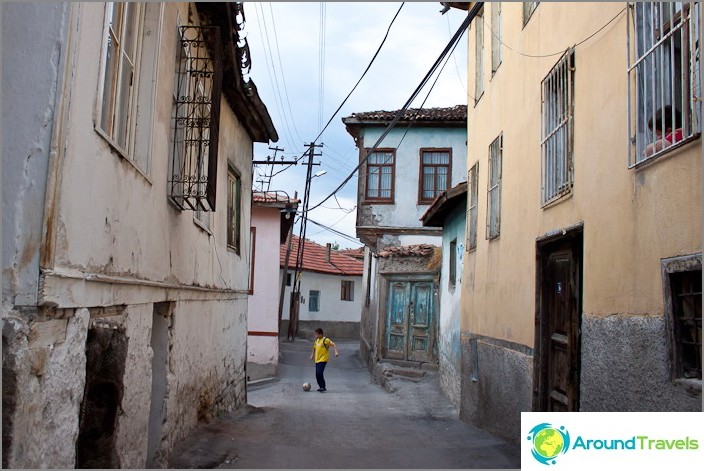 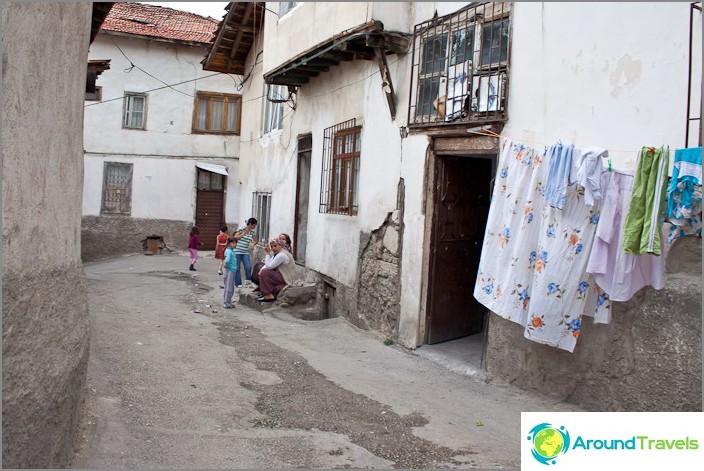 The remains of the fortress overlook the entire city. Thousands of old town houses with red tiled roofs contrast with high-rise residential areas. 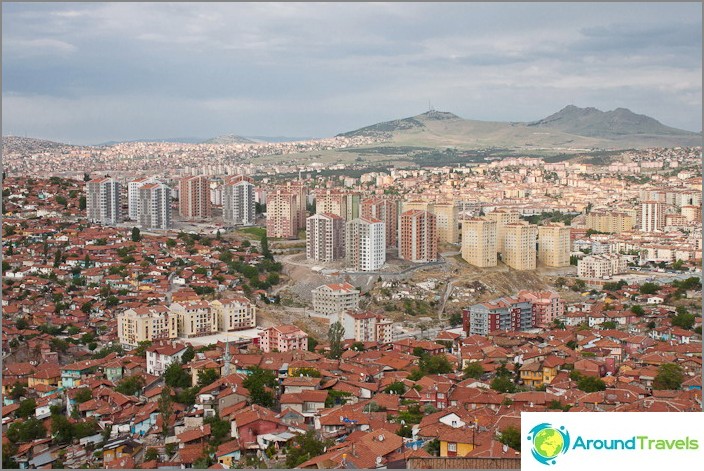 Ankara's old town and new nearby. 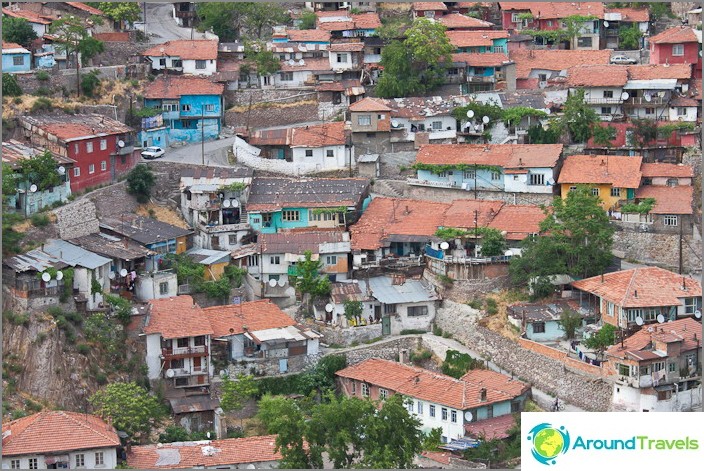 In Turkey, they prefer to walk in black classic boots, so you can find shoe shiners at every corner. For me, as a person who prefers shoes of a completely different style, it was strange to see this. Archaism, straight. 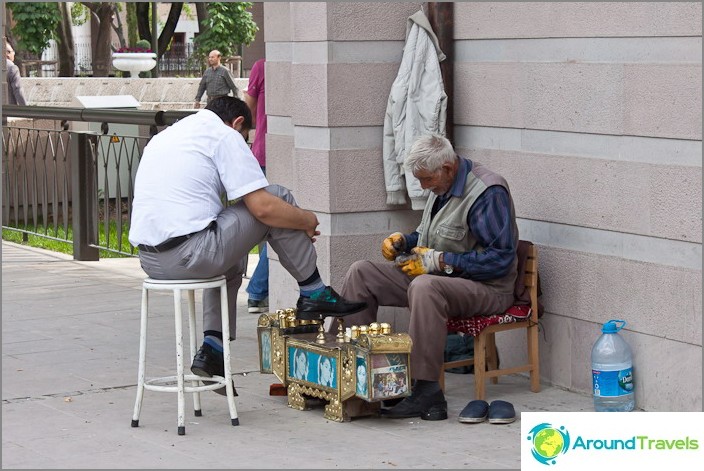 As in other Asian countries, people like to just sit and pamper about this and that, instead of work during the day.. 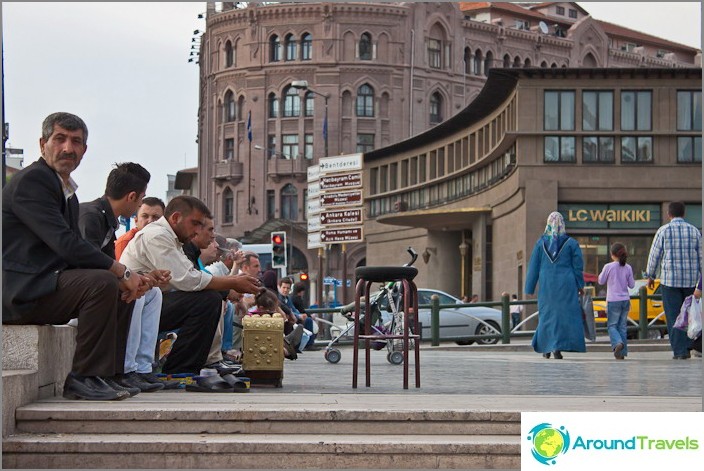