Home › New articles › Beysehir is a lake in Turkey. We continue hitchhiking. Part 6

Beysehir is a lake in Turkey. We continue hitchhiking. Part 6

Time passed and it was time to move on to the side Cappadocia (Goreme). Decided to go across Lake Beysehir Golu to save time.

Lake Beysehir is one of the largest freshwater lakes in Turkey. Open sources report that ecological tourism is developing here. One thing is clear for sure - here you can walk along interesting routes in the mountains and fish, as well as swim to the islands, where the ruins of Byzantine monasteries are located. There is also such a lake in Turkey as Tuz Golu - salty and partially dry, but there was simply not enough time to get there..

So. On dolmus from Side through Manavgat we got to the highway leading inland and started to stop. This is where it started, communication in Turkish. We have in our hands a piece of paper with the words written out, a phrasebook, and a lingua on the phone. We mastered about 2-3 phrases in half an hour. And as luck would have it, all the Turks wanted to talk, despite the fact that the conversation turned out to be very one-sided. It's good that at least they gave me a lift without any problems. We said what and where we needed, they answered with a long monologue, and in the end they put us in the car. 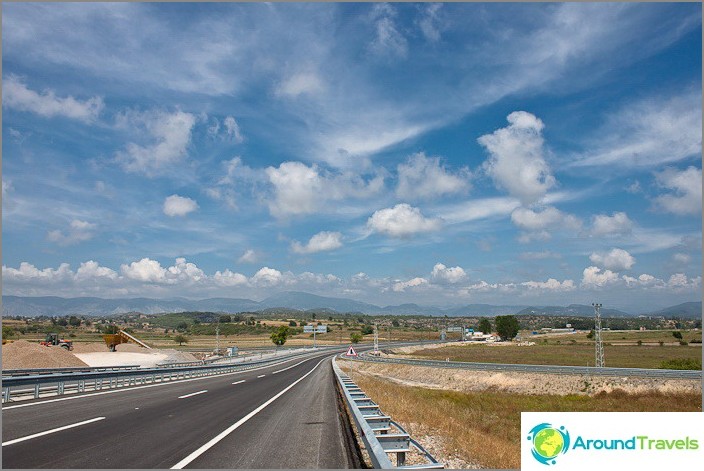 The road deep into Turkey, towards Beysehir.

One of the drivers drove us to a cafe and offered us tea. And apparently after he saw us looking at his salad, he ordered us too. It's good that the word vegetarian (vegetarians) is international and we said it in advance, otherwise it would be inconvenient to refuse any meat dish. 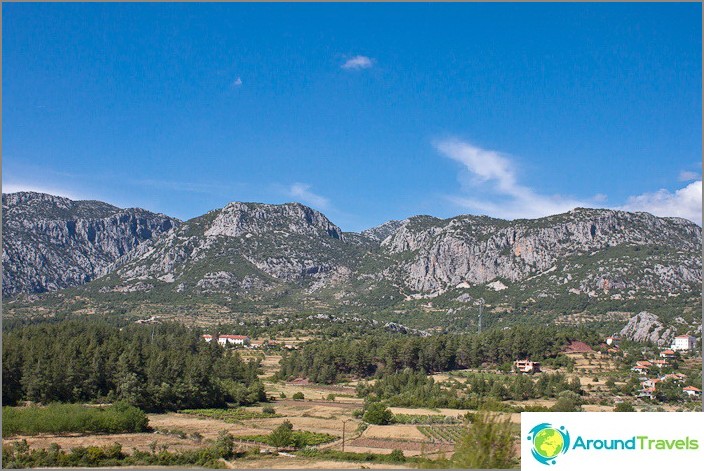 Far from the resort area of ​​Turkey. 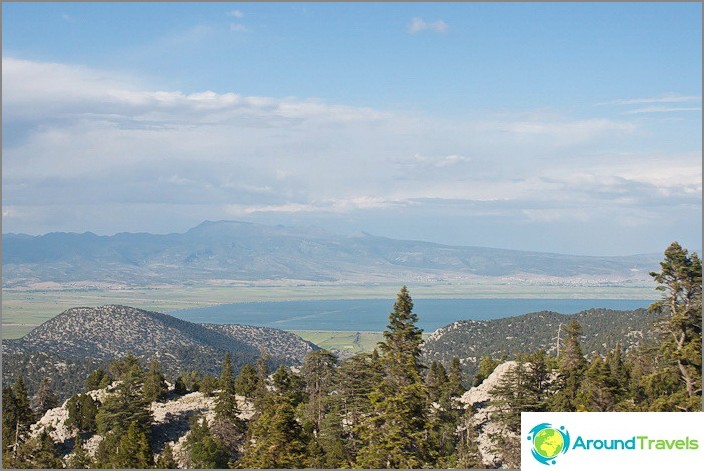 Far from the resort area of ​​Turkey.

The map of Turkey deceived us, and it turned out that we were not going quite there. It was late afternoon and we decided to go by bus, so our hospitable driver took us to the city of Seydisehir to the bus station. Surprisingly, he could just drop us off at the entrance to the city, since he did not need to go there. And he not only drove, but also searched for 20 minutes around the city where this bus station is located. An hour later we were in the city of Beysehir, next to the lake of the same name. By the way, there were TVs on the bus, on which, in addition to TV programs, the image from the camera. 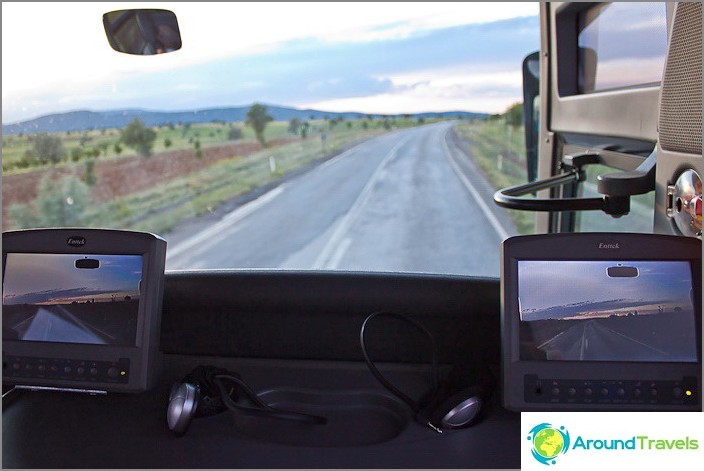 And the question before us was extraordinary. We are in an unfamiliar city, it is already getting dark, and we need to find a place for a tent. Preferably on the shore of the lake, which is not known where.

In half an hour we found the lake. But there was a problem with the place. Questions to the locals, they say, where you have a free beach, caused bewilderment. My fellow traveler refused to put up a tent in the park. In Russia, of course, such a thing would not come to mind, but here you start to think, in view of the good attitude towards foreigners. We did not like the camping at the price of 25 liras (500r) per night from the tent. Therefore, leaving the city from the other side, we found the same place. Not quite wild, not far from the road, and apparently favored by fishermen, but there was no longer a choice.

In the morning we saw the beauty of the nature of these places. Large lake with grassy shores and mountains with snowy peaks on the horizon. 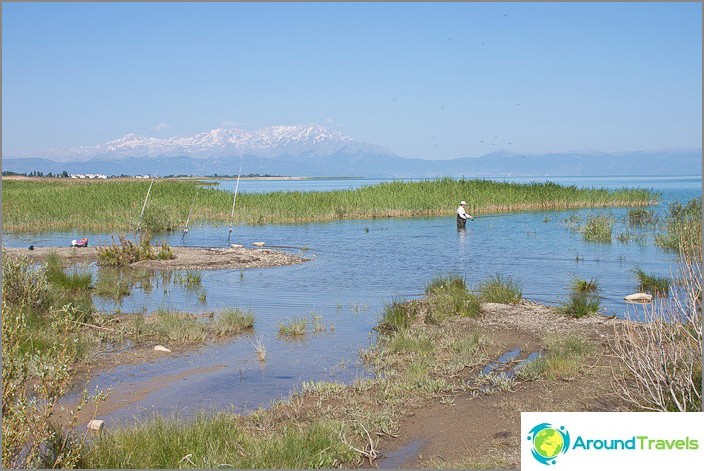 Beysehir - a lake in Turkey.

If you are in these parts, then it makes sense to drive away from the city and look for a place for a tent or camping. I'm sure there is one. The road goes long enough along the lake. 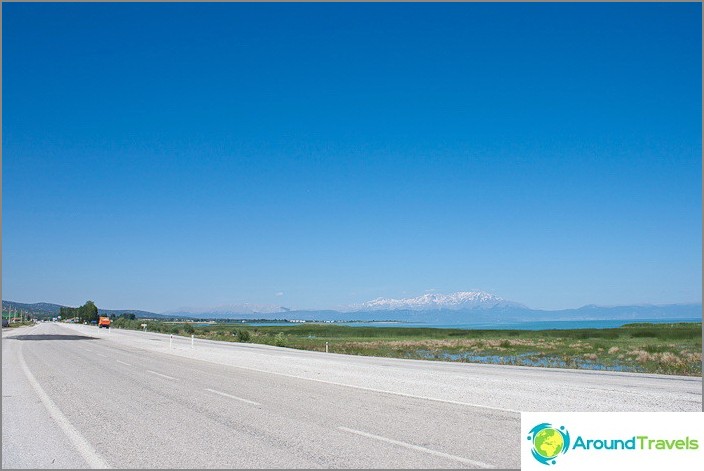 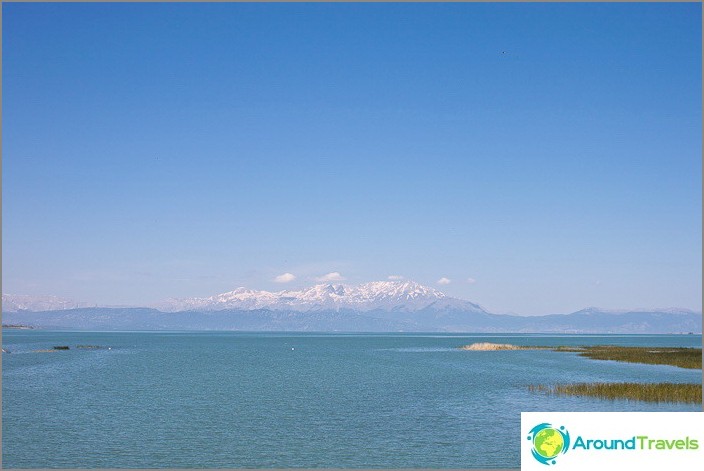 Beysehir - a lake in Turkey.

Are you confused by the names yet? Seidishehir, Beysehir? Otherwise, the next article will be about Nevsehir. At first I was confused, and every time I checked with the map. 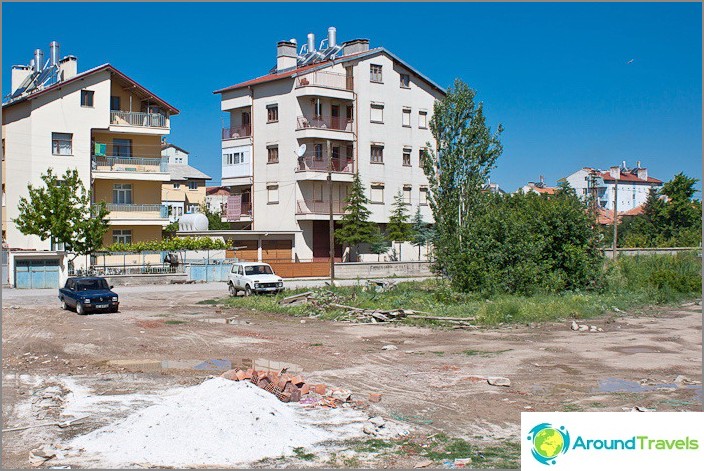 Our cornfield in Beysehir city. 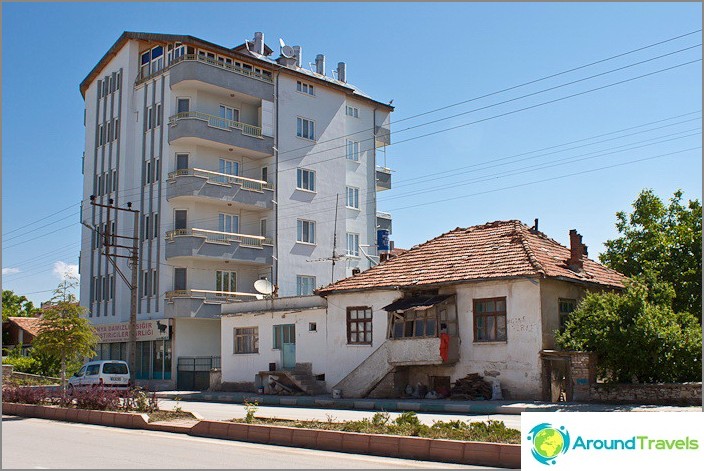